There was a thread on www.mrrforums.com by UnityRR that had a picture of a twisted chimney, and there was some speculation as to the best way to model one.

I thought it would make a unique addition to my box of junk box, so I decided to design and print one.

Here is the second design, the first did not go well, and then the first print.  And yes, there is a hole down the middle.

I found picture of another twisted chimney on line, this one a larger girth chimney with only a 90 degree twist.  So I decided to model it too. 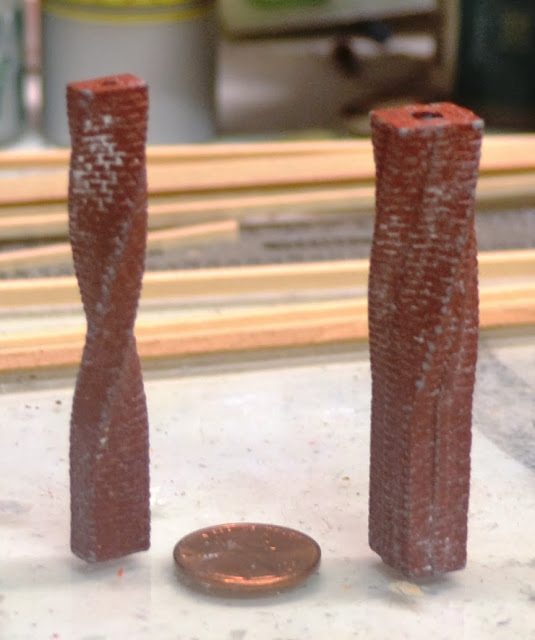 The twisted sisters, wasn't that a rock-n-roll group? 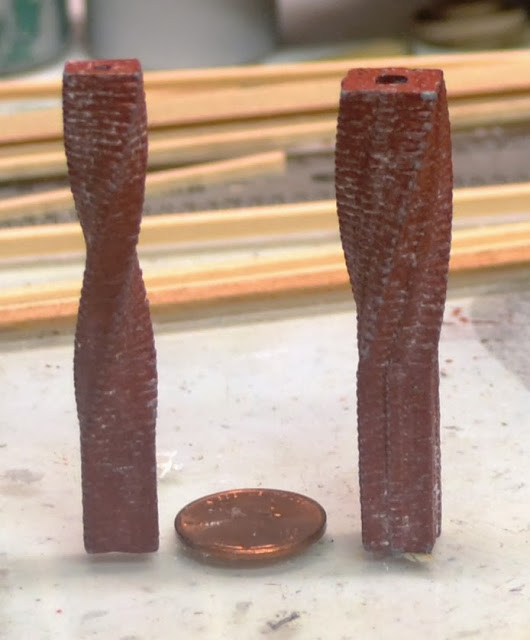 After the test print on the first, I added a straight section to one end so that the chimney could be trimmed to fit a slopped roof. 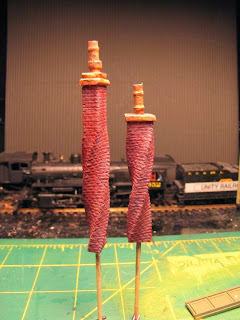 I sent samples to UnityRR, and he emailed me these pictures.  Note that after he added the terracotta tops, he realized that he had the top on the wrong end of the taller sister. 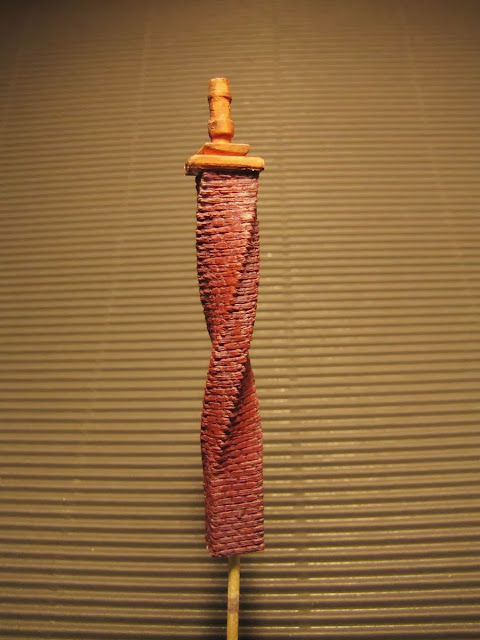 He popped the top off and put it on the correct end.

I was contacted about the possibility of making some glass block windows, and since I had some transparent filament on order, the timing was perfect for giving it a try. 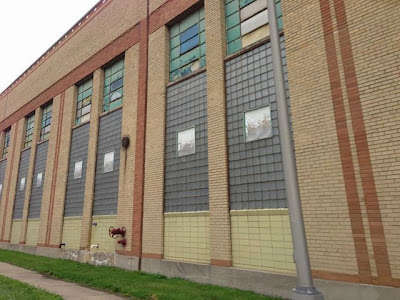 They were interested in building this structure in the Fairfax district here in KC.  I went out a measured the blocks, came up with a drawing, and 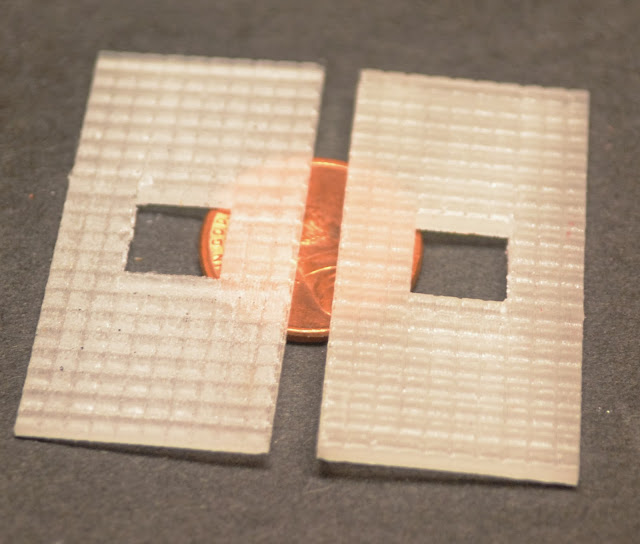 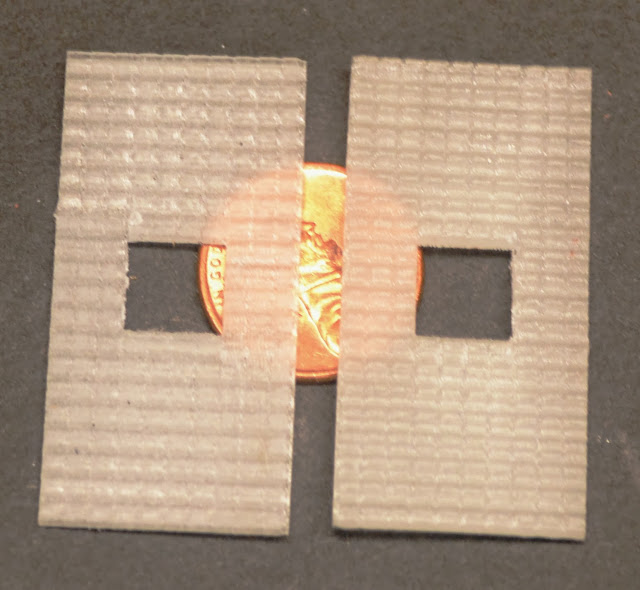 The thinner one is slightly more transparent, but I like the thicker one as it give more gluing surface around the edges.

The A W Enterprises building in Chicago, http://decoarchitecture.tumblr.com/post/5672669251/a-w-enterprises-chicago-illnois-from-roadside, is a building I am thinking of adapting for use on my layout.  I did some test drawings, and then did a test print. 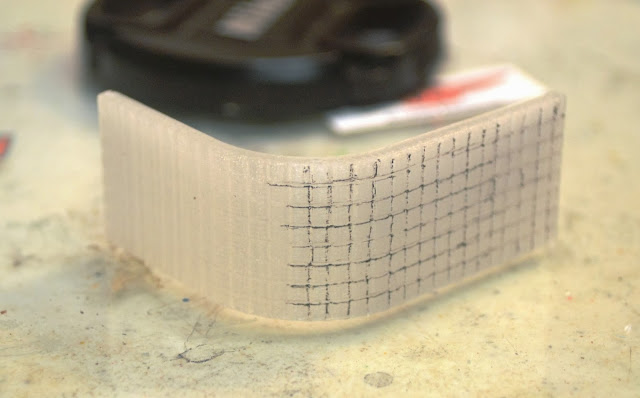 I used a black gel pen to color in the mortar line on one side, just to see how it would work, and not that would be, not so good.  The Fairfax building has black mortar, and I have not figured out a way to make the black mortar lines on the transparent blocks. 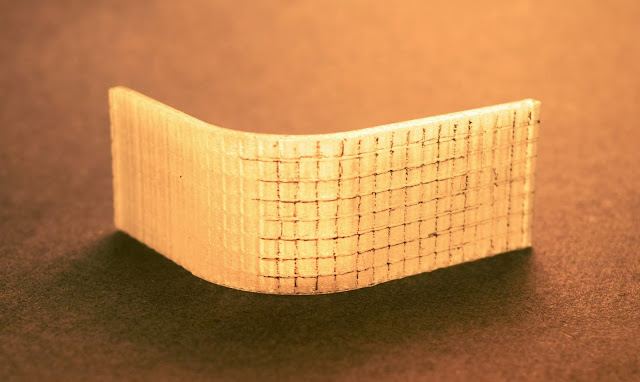 With some back lighting. 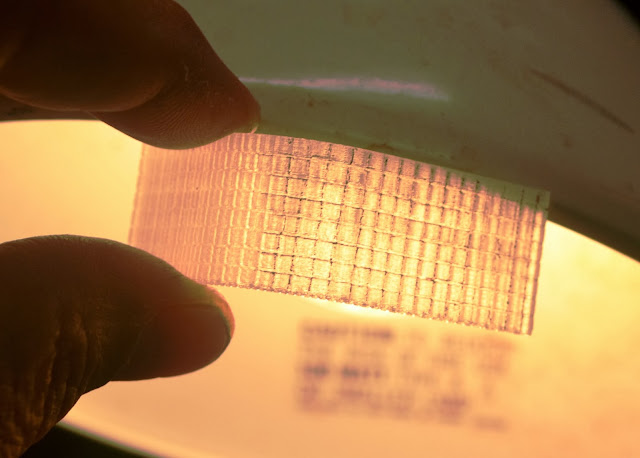 Held right up to the light.

I think these will look great back lit in a building.