I picked this up last year at an estate sale at the Mid America Train and Toy Show at the KCI Expo Center. 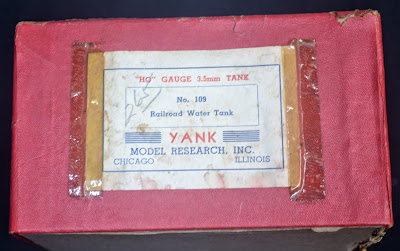 I had never heard of Yank Model Research, and the estate had a couple of their models, this one and some propane tanks.  Upon further research, it seems those were probably the only kits they ever produced. 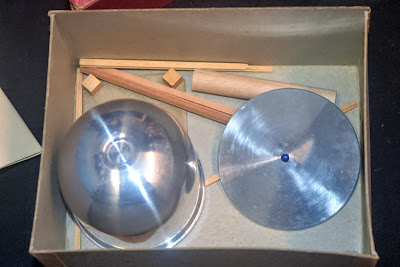 This one was missing the water spout, but I knew there were several models on the market I could substitute. 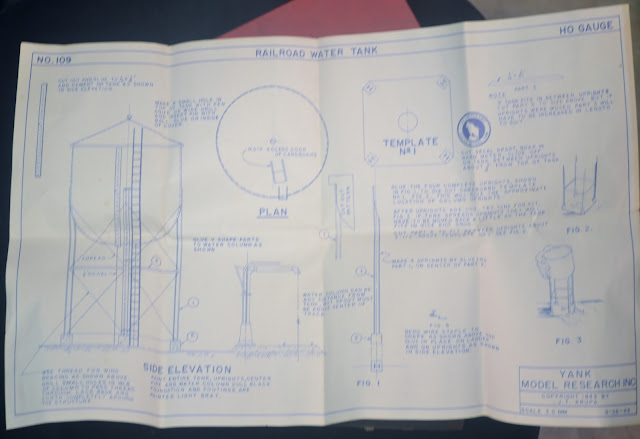 As many of you know, I like the old kits, so when I saw the date on the plans, I just had to have it. 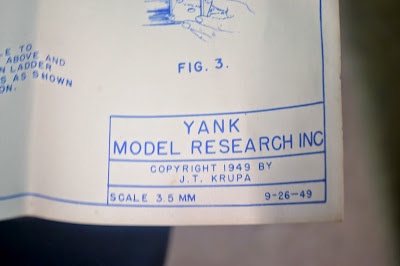 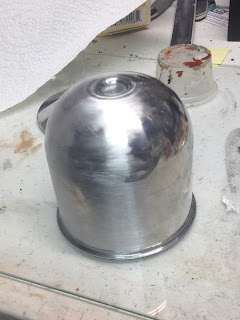 The tank is spun aluminum, I guess that would cost a pretty penny to make today.  I sanded it with very fine sandpaper to give it some texture for the paint to grab, as it was so shiny and smooth. 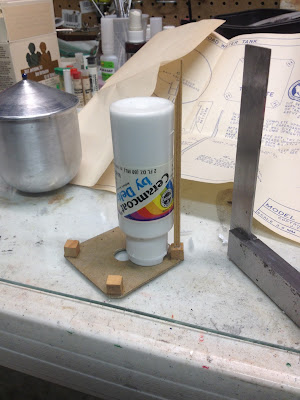 The base came with the four piers glued in place, and the previous owner had already filed the curve the H columns to fit the tank.  And, by the way, had done an excellent job. 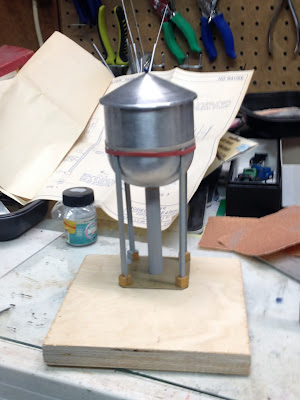 I glued the posts to the base with Aleene's Tacky Glue, as it provides some flexibility.  Then I slid the tank in to place and used a rubber band to secure it.  My plan was to use the rubber band to hold things together while I spaced out the posts and adjusted them to be perpendicular and evenly spaced.  The rubber band did its job, but I swear, it was impossible to get all four post perpendicular and evenly spaced, all at the same time.  One or two were always off a little.  Eventually, I gave up, spaced them to what looked good, and dropped a dab of CA on the joint between the upright and the tank. 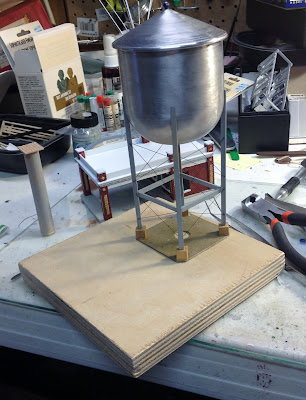 For the truss rods, I use beading thread. 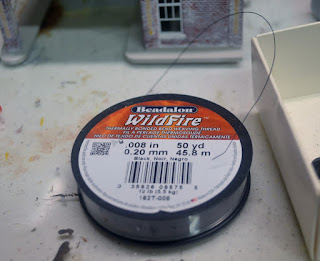 I could not find the .008" diameter in black at the local craft stores, so I ended up ordering it from Amazon. 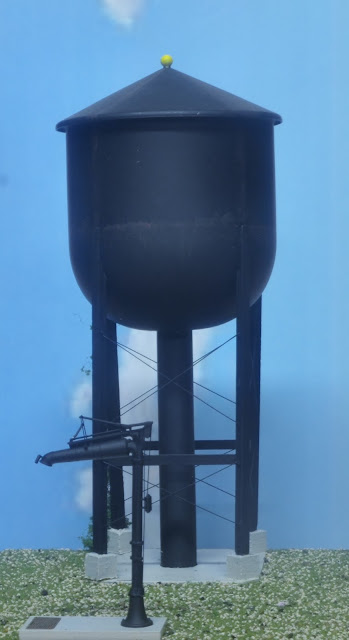 The original kit came with a water spout, but it had been lost, so I used the Tichy spout.  An excellent, very fine scale model. 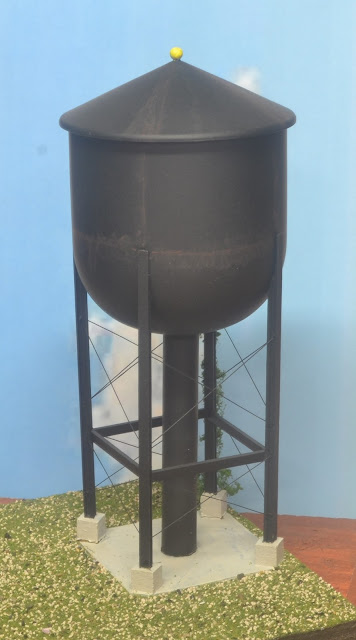 I tied the beading thread off on one of the back posts, and covered the knots with a vine. 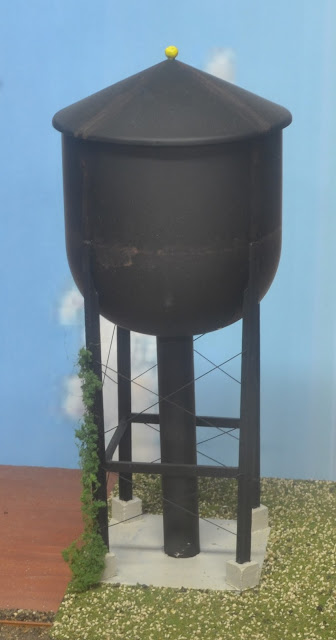 I considered adding weld lines with Archer decals, but felt that kind of took the kit our of the vintage status, so I marked rusty lines, using some colored pencils, and some paint.


At last months Amherst show in Massachusetts, I picked up three more old rolling stock kits, so I have plenty more to do.

My next installment will be back on 3D printing, as I have multiple projects I am working on.
Posted by Kent Hurley at 10:45 AM No comments:

I did not take virtually any in progress pictures of this project.  Just guessing, but I probably started this five years ago.   I believe I have all of  the Roundhouse 3-in-1 kitbash kits.  The other two 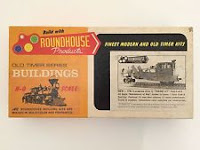 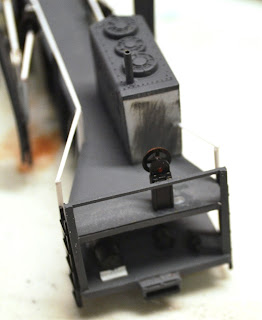 I built the handrails with styrene, and the generator using the hood from an N scale locomotive. 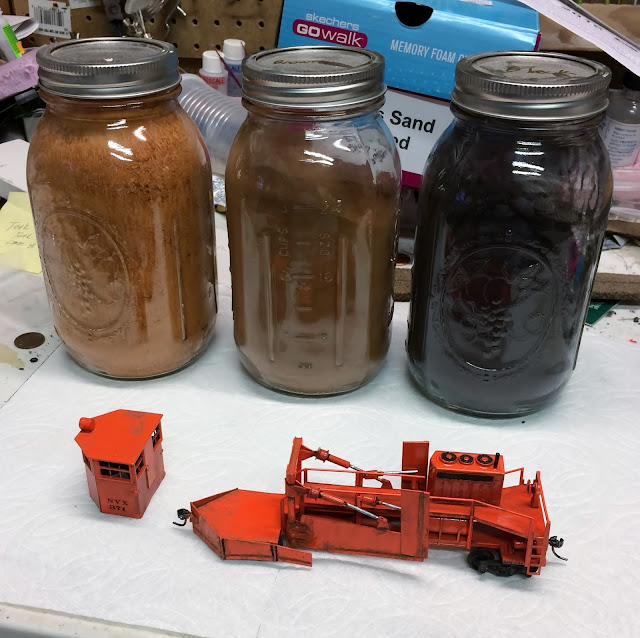 I weathered the model with craft acrylics, then used weathering powders to blend it all together. 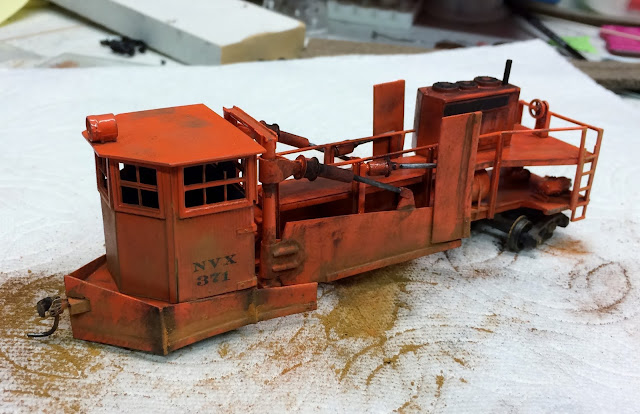 A little goes a long way, and I always put down a paper towel to keep it from getting everywhere. 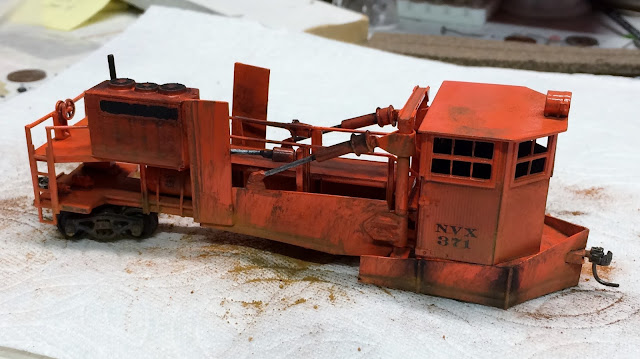 Link to the directions on one of the designers pages, http://kitbash.ourpage.com/3in1/1516a.pdf 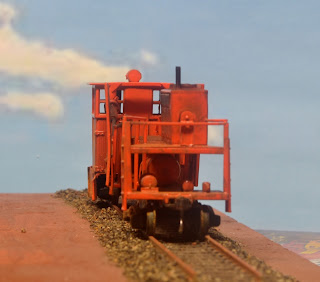 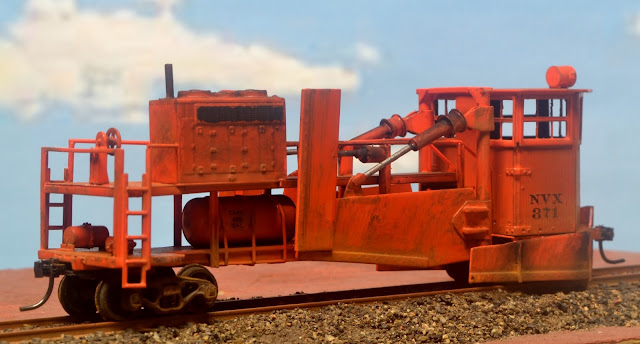 The frame is the same frame as the Roundhouse Old Time Tank Car. 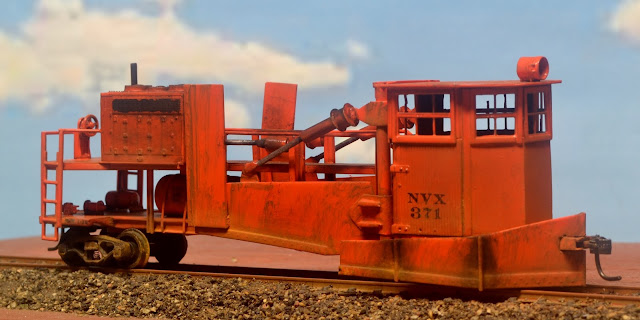 Lots of sheet and strip styrene in this kitbash.

I was going through my collection of tank car kits, and came across these three Athearn blue box kits, and figured they would be quick builds. 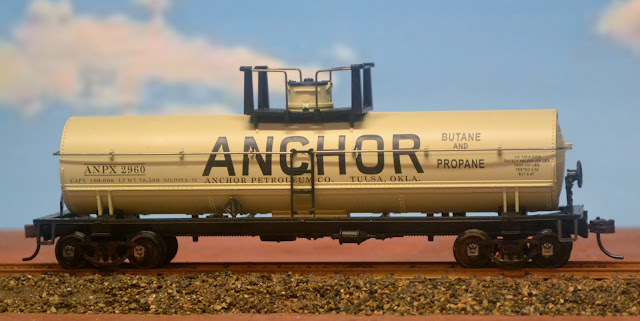