See, I do build things that are not 3d printed.

OSTX Safe Loading Pipe Gondola
This tube gondola is a kitbash based on a Walthers Ready-to-Run model.  I use decals from OBS-CALS decals. 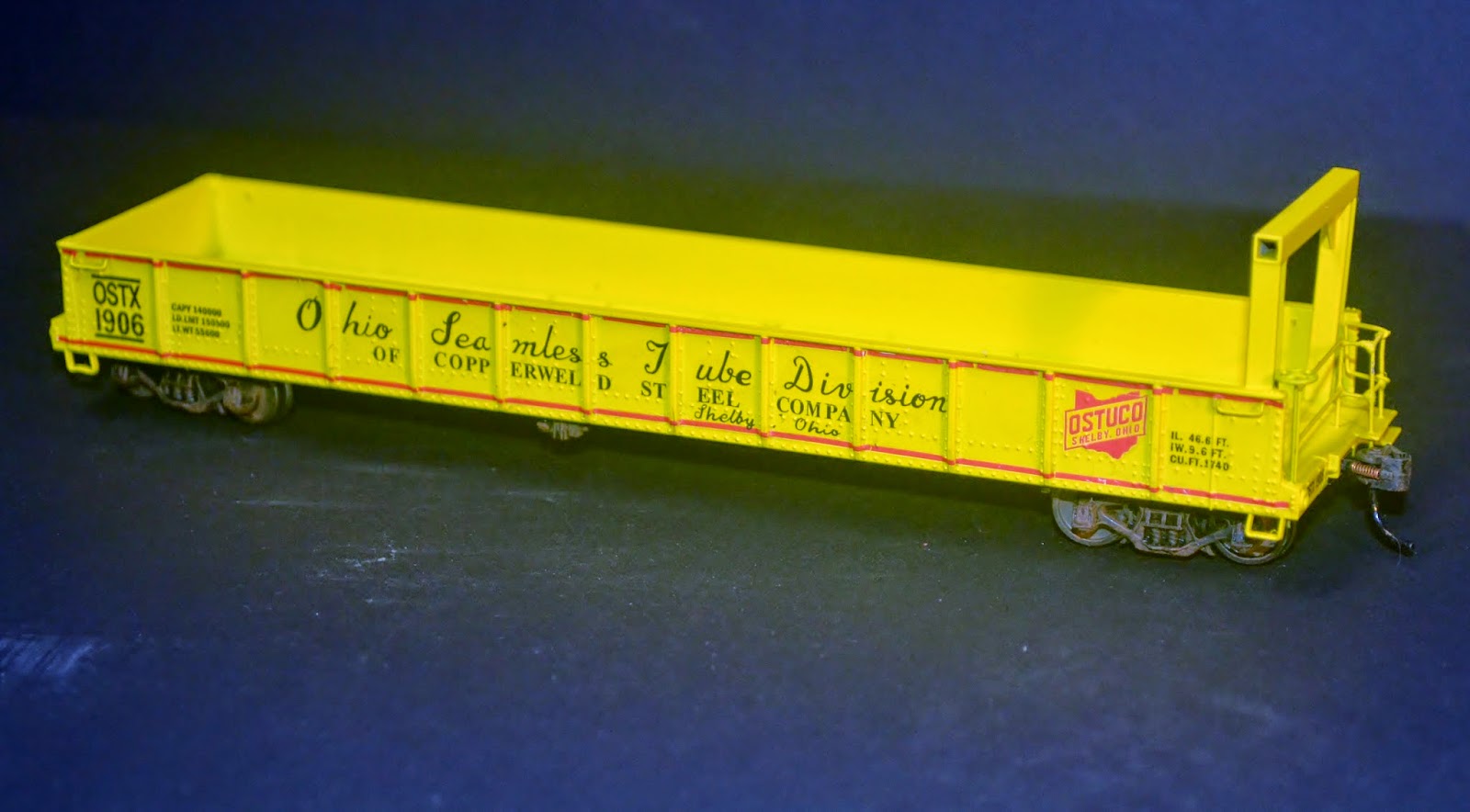 One end was cut out, and brass wire and tube were used to build the special end. 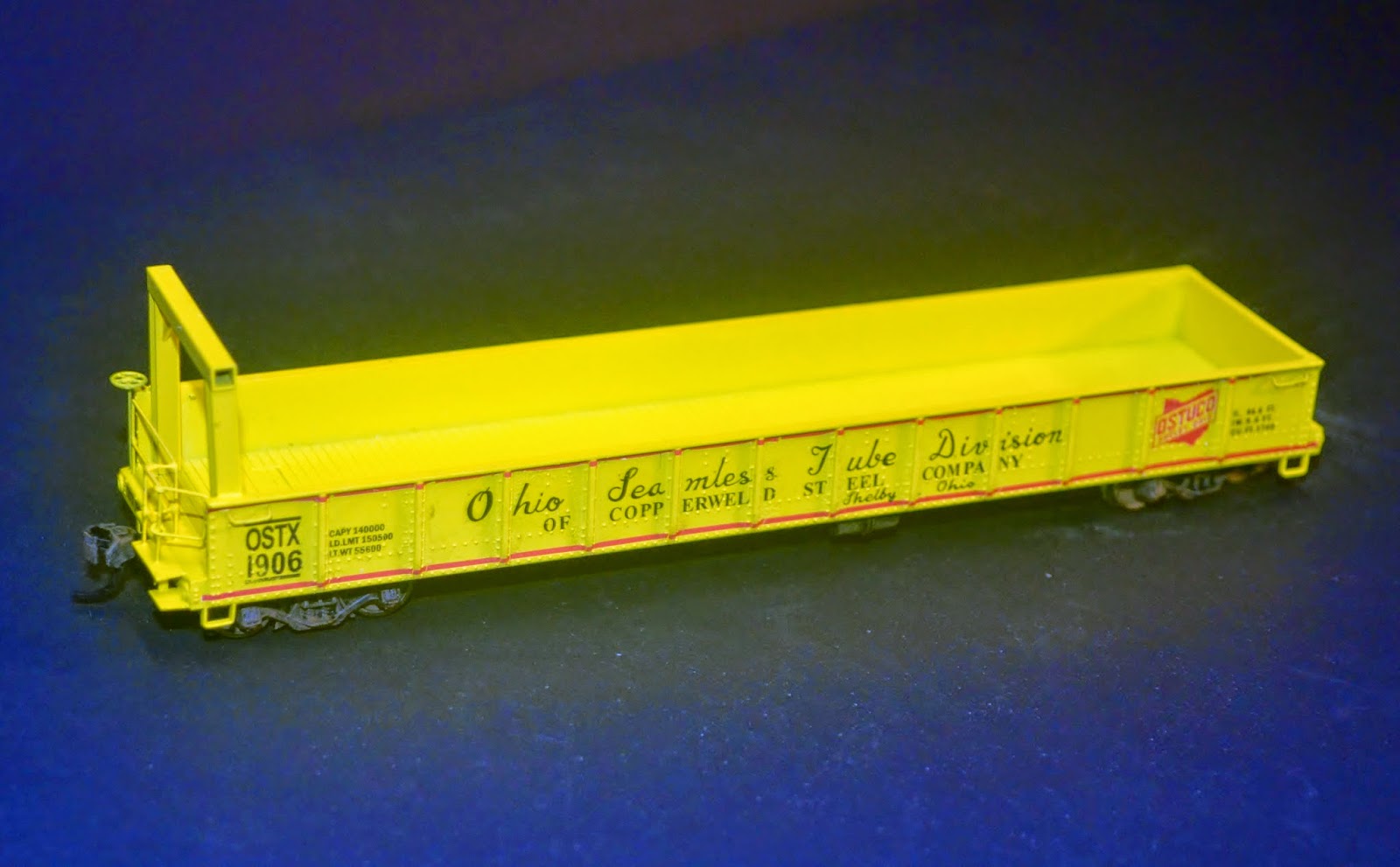 The prototype..., interestingly, I don't seem to find any pictures of the real thing, except in copyrighted magazine articles.  Drawings fall into the same category.

The model from Life-Like, as show in a previous post, http://nvrr49.blogspot.com/2012/04/freight-car-and-caboose.html.

Depressed Center Flat Car
I picked up the basic hunk of metal at a show, no trucks, no details, just the piece of metal.  I added brake details, trucks and gave it a coat of paint. 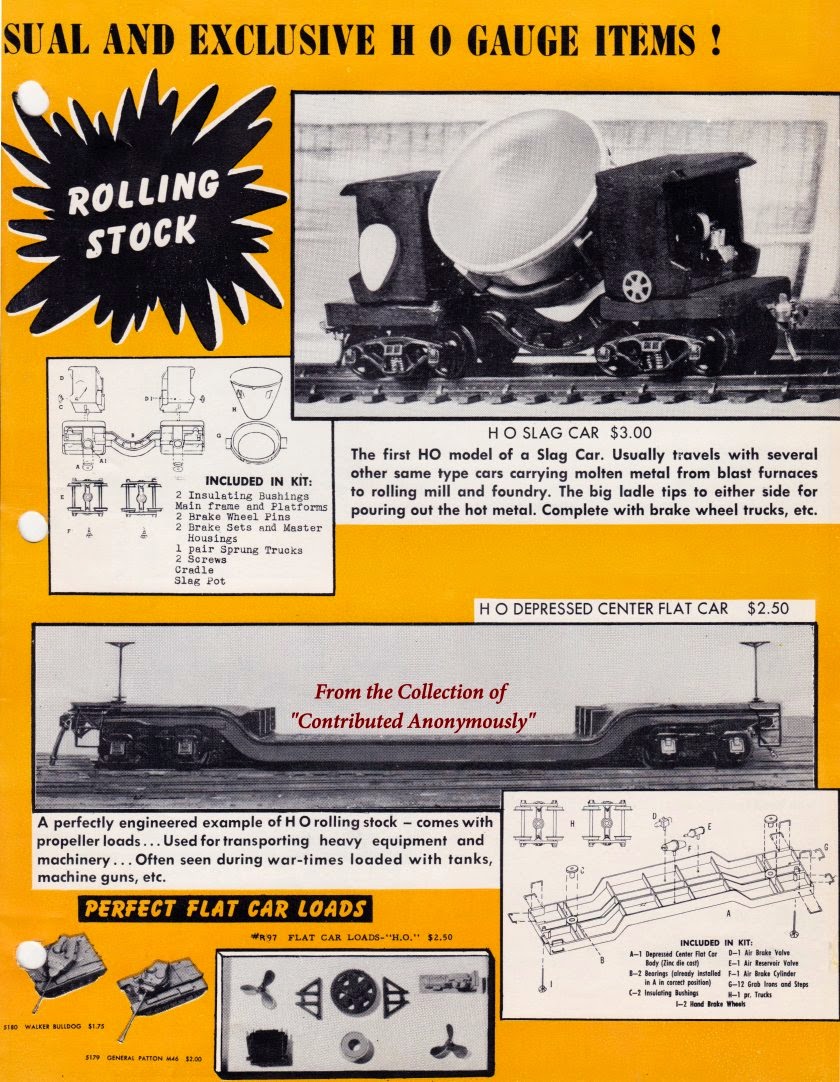 1953 Authenticast catalog page.  I believe this is the car.  Thank you to HOseeker.com! 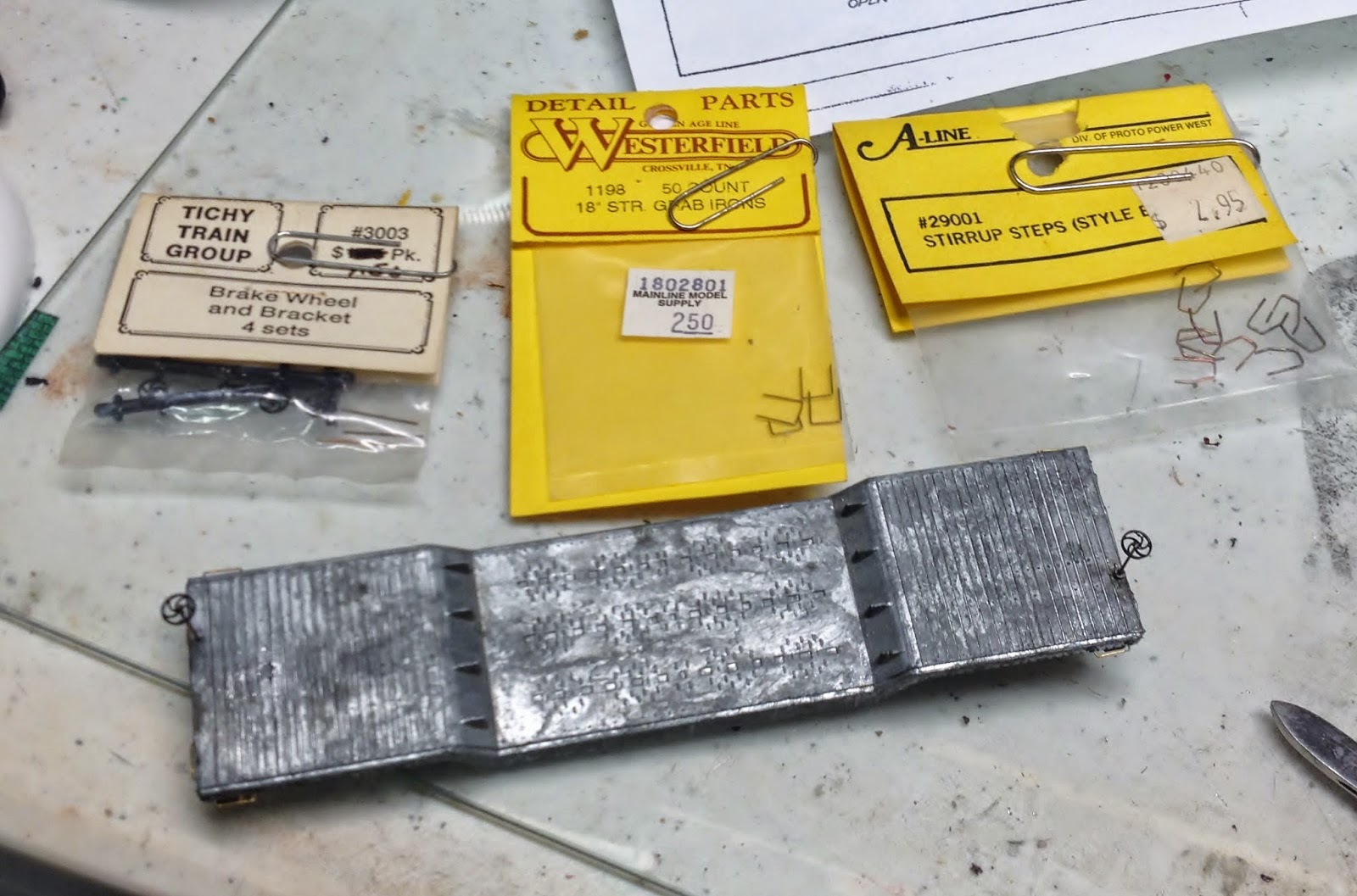 Lettered for my Kansas City, Fort Smith and Gulf railroad.


National Cast Car Co kit build.
This gondola was built from a kit by National Cast Car Co. of Ontario Canada.  NCC supplied the side and end castings, the floor is just a sheet of styrene, and the under frame is from an Athearn gondola.  To the best of my knowledge, this is the only kit they ever produced. 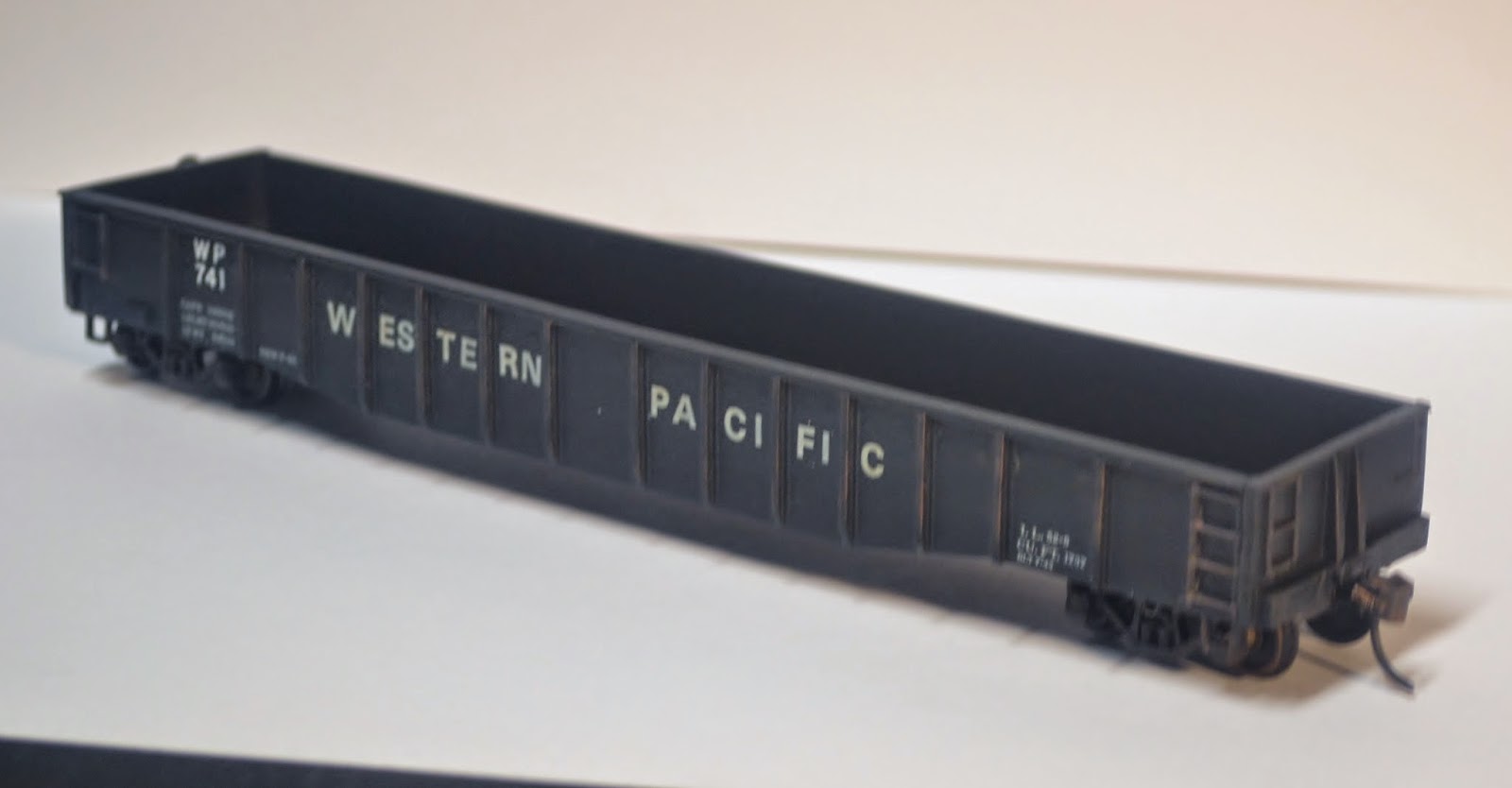 I had long since lost the prototype information, once I got around to building it.  When I got ready to paint and letter it, I set it aside, hopping that I would find it, but after waiting a couple years, I just lettered it with some decals I had laying around.

I have a couple small dioramas that I should finish up over the long weekend, one of which is actually using 3d printed parts that were failures.
Posted by Kent Hurley at 8:05 AM 3 comments: 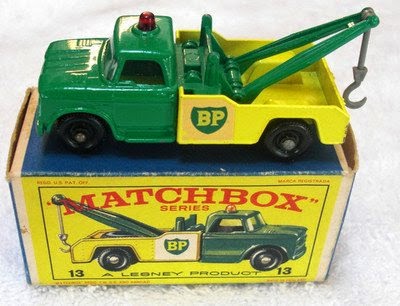 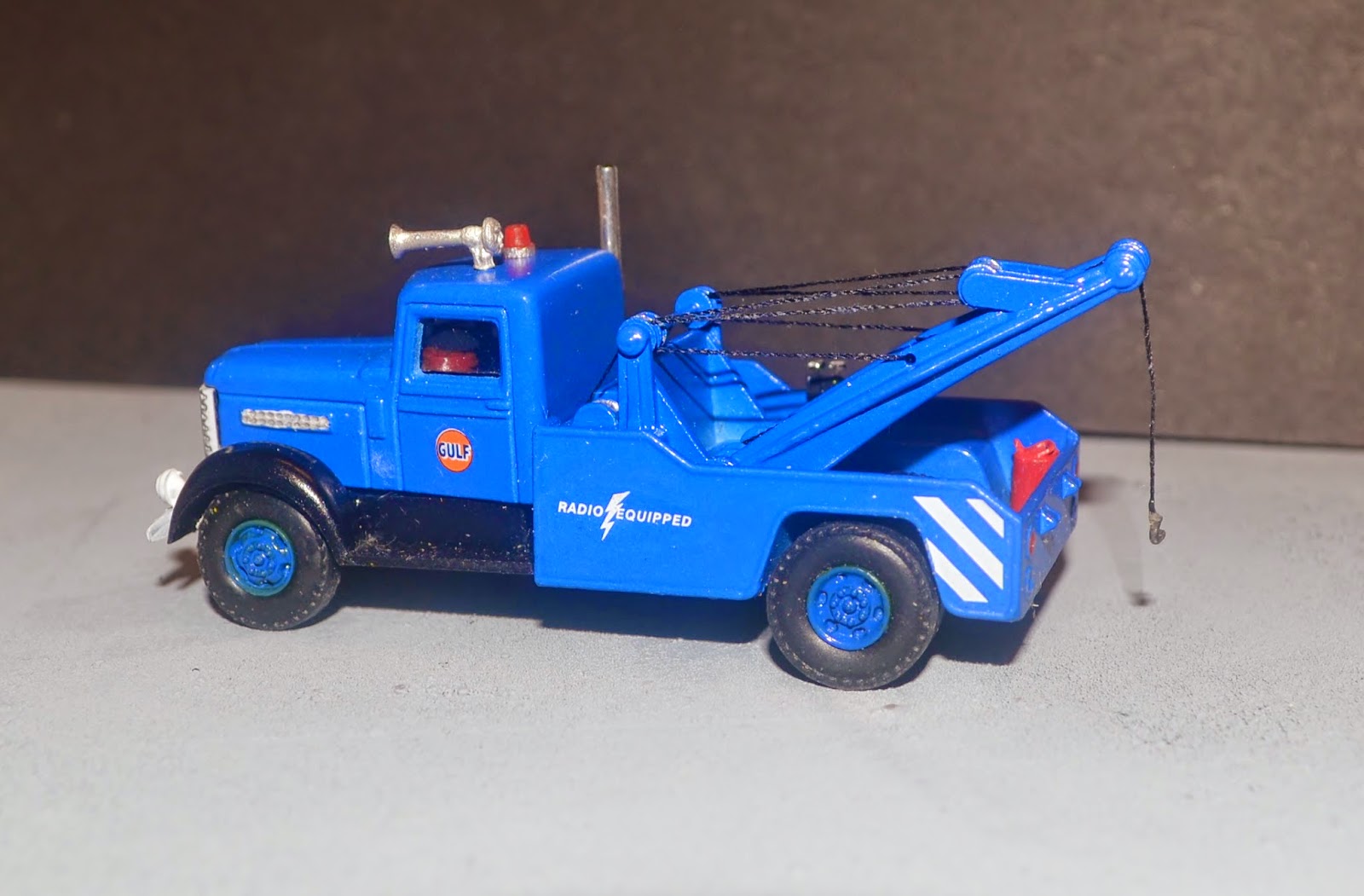 Bed with out the added pulleys and rigging. 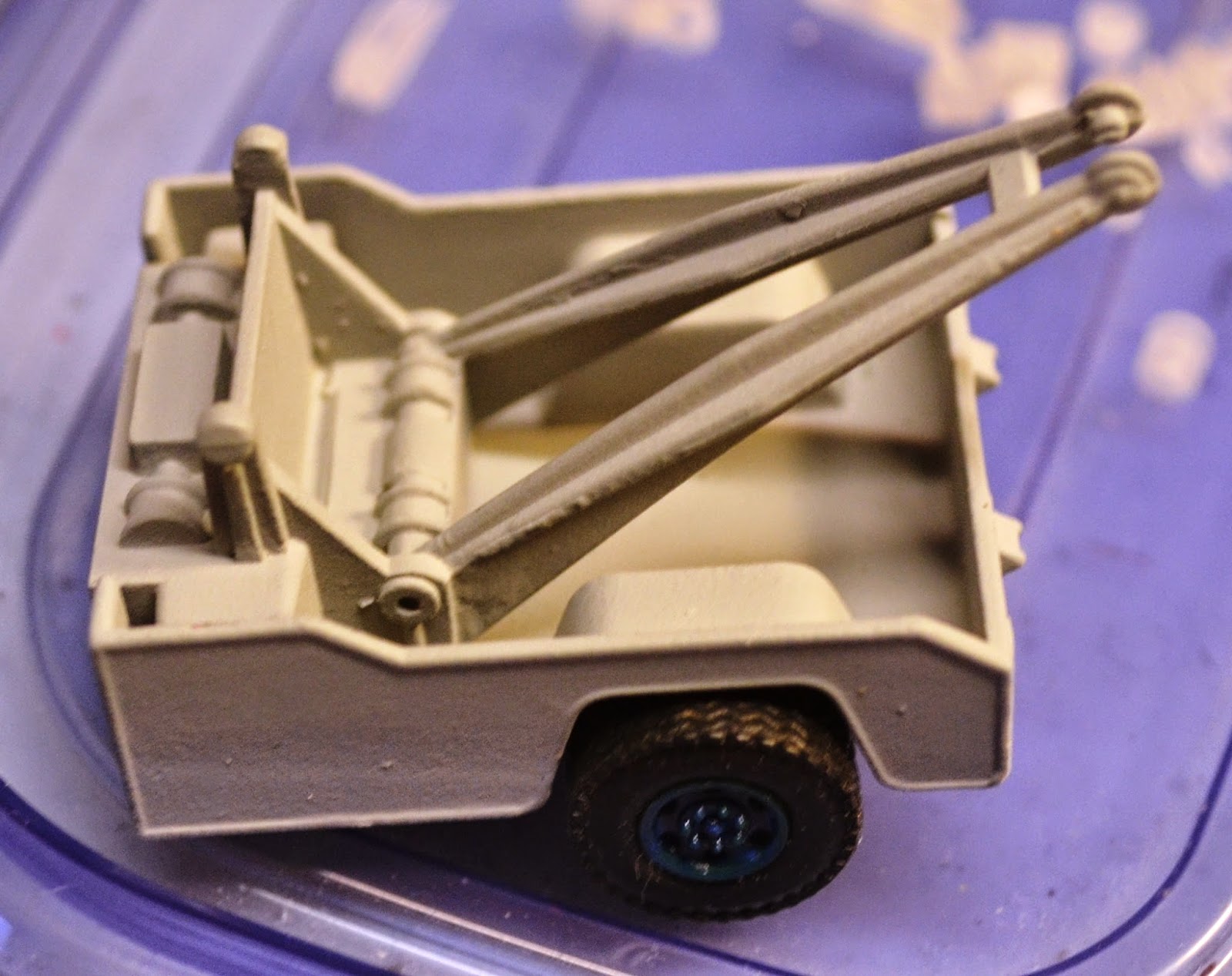 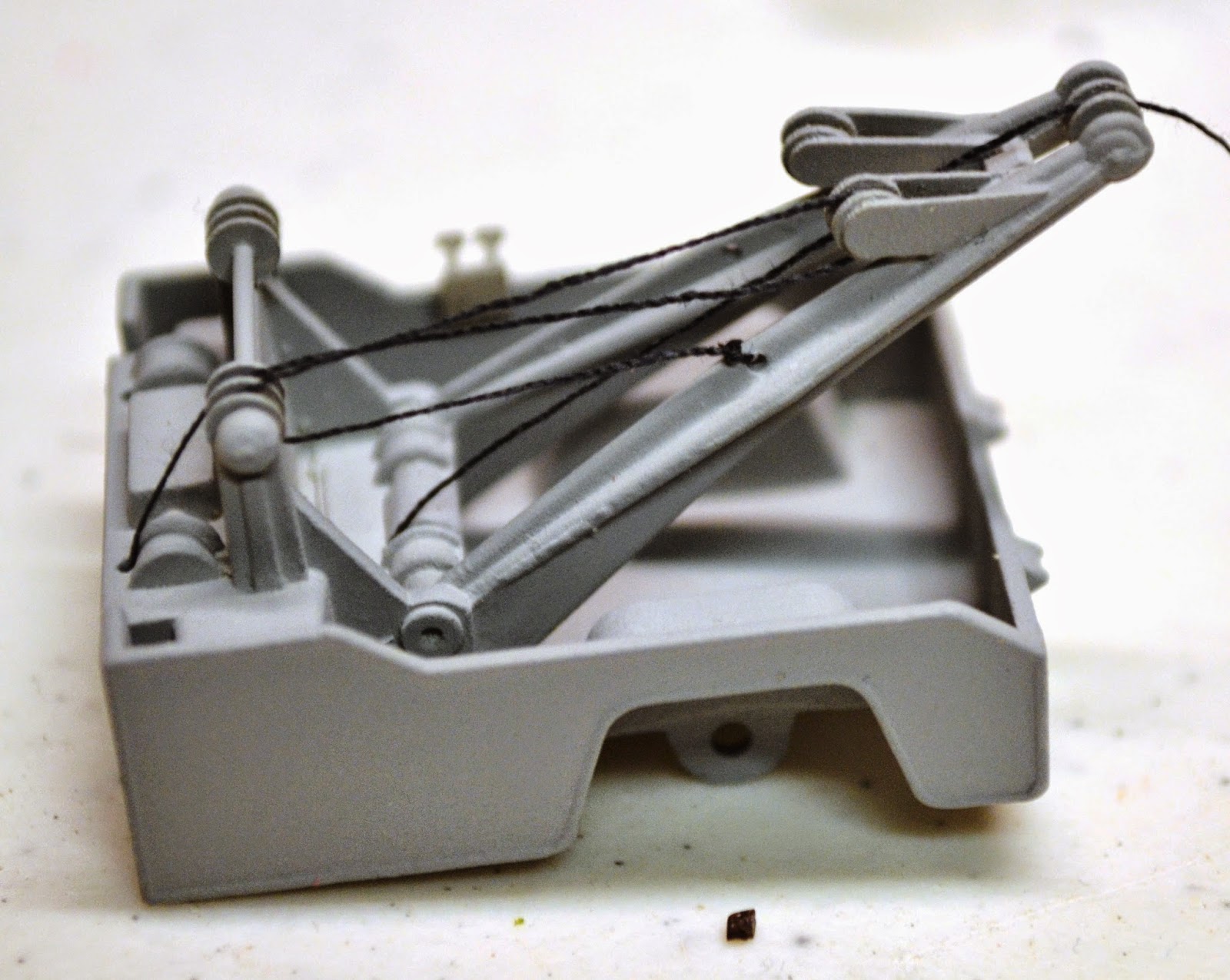 I started the project by first acquiring the Match Box model I needed, and then figuring out how the rigging should work.  Once I figured that out, I went about designing and engineering where the pulleys would and/or could be mounted. 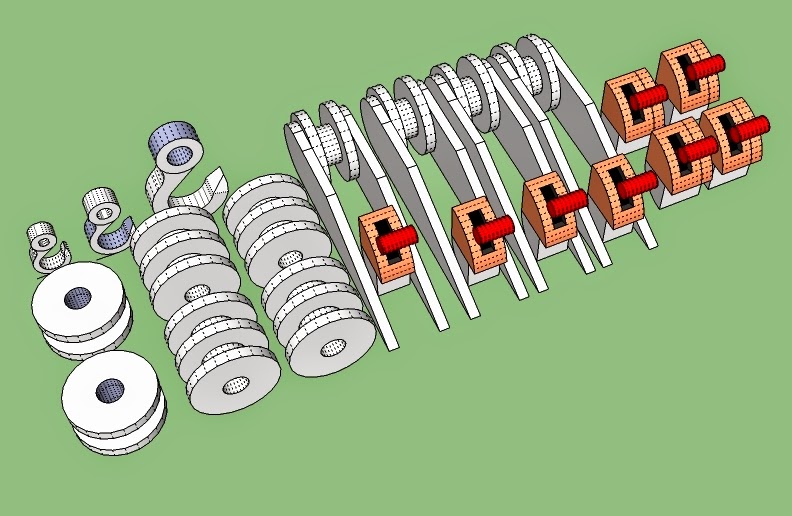 I knew the parts would be fragile, so I printed out twice what I actually needed, just to be covered if I broke or lost a part.  This is the actual drawing, as sent to shapeways.com for printing. 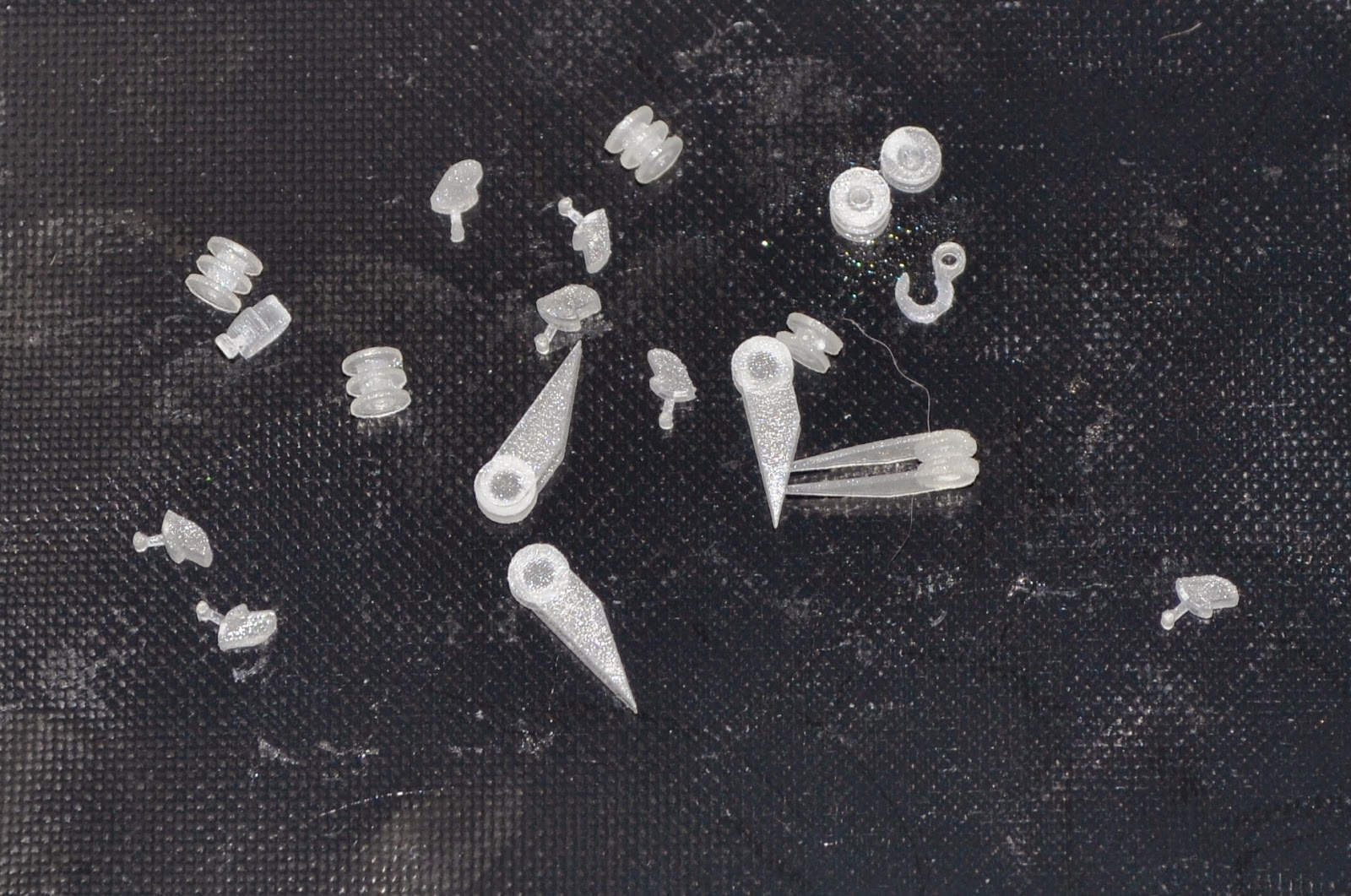 The parts as they came from shapeways.com. 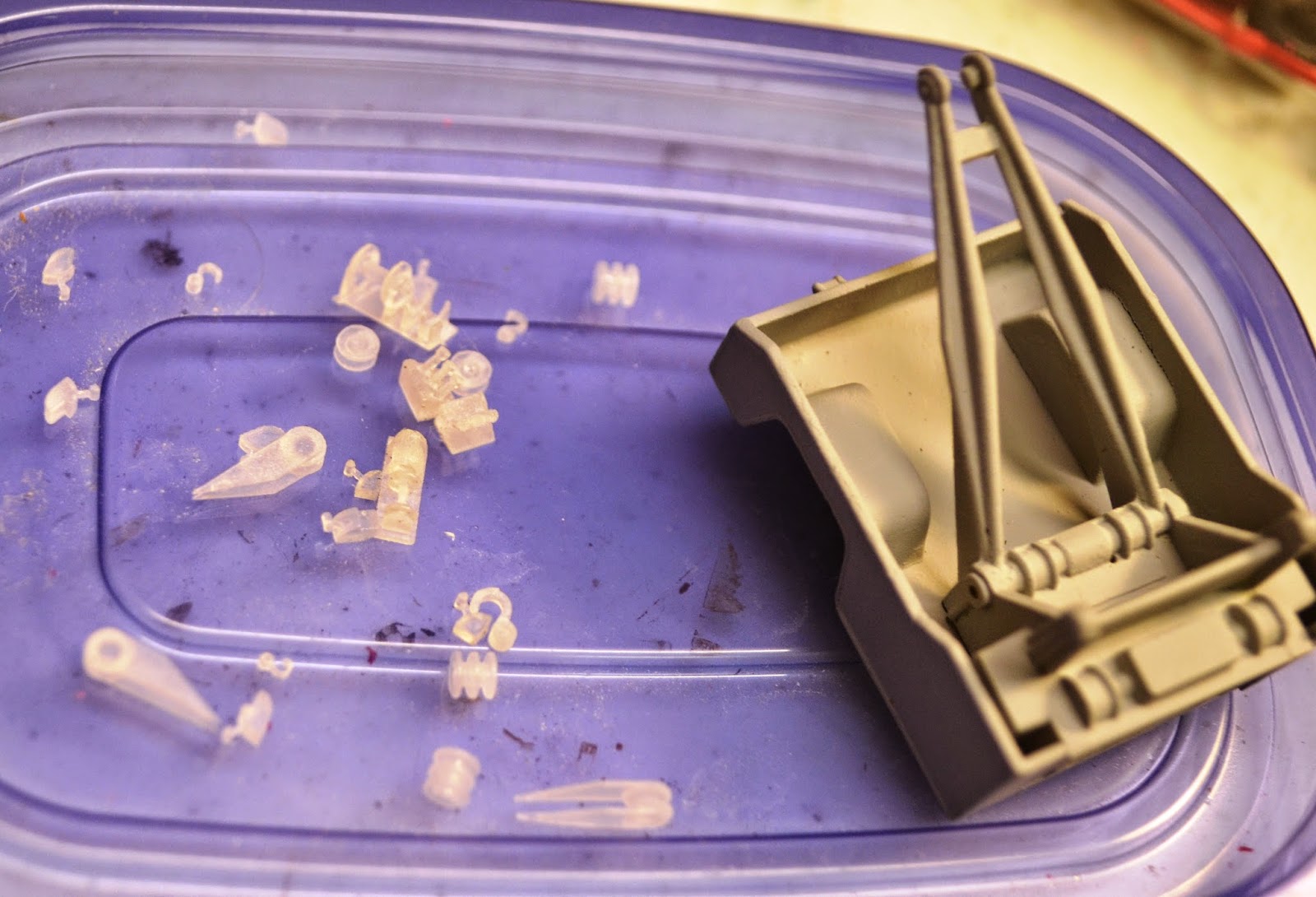 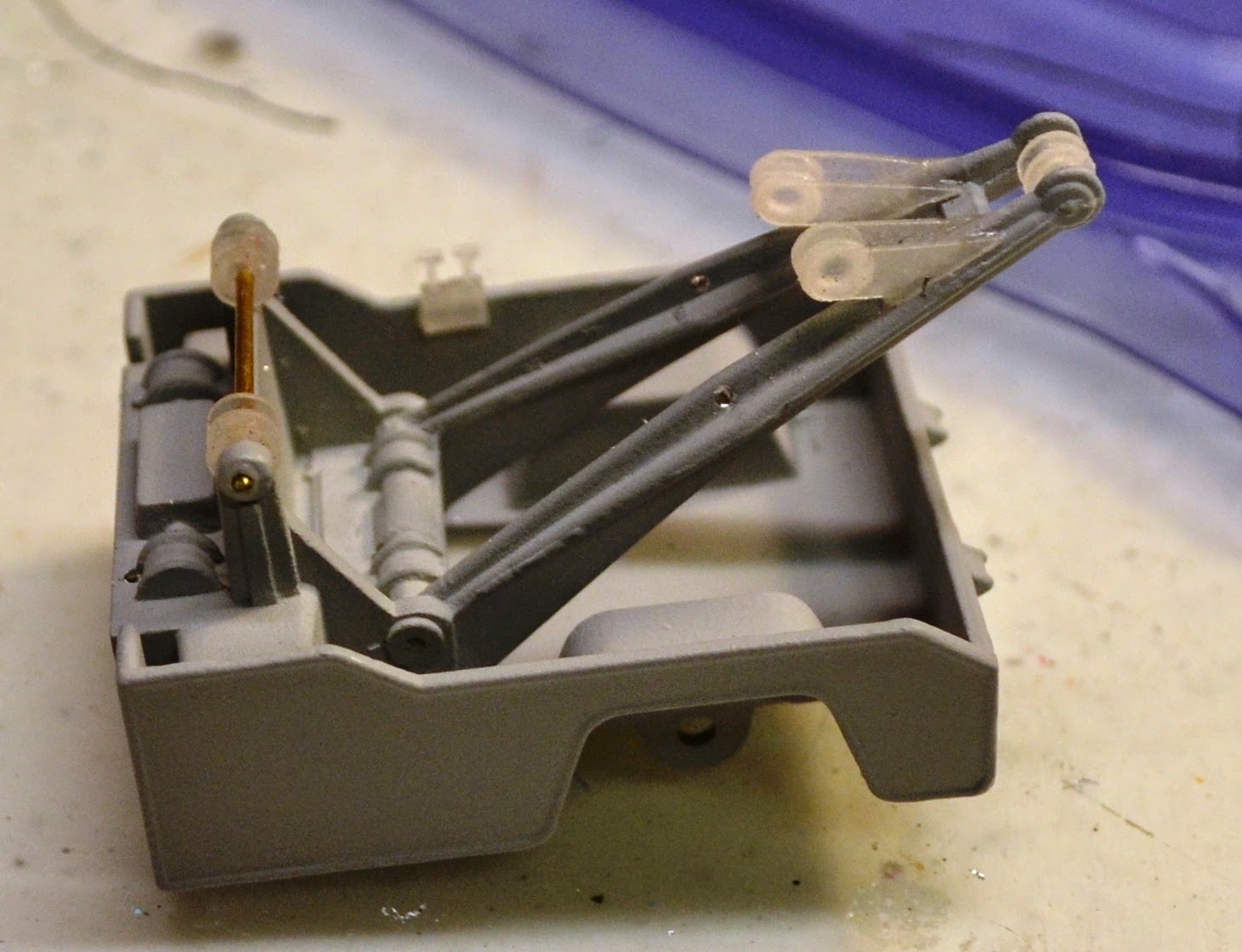 I used CA to glue the new parts in place, and drilled holes in the metal bed where needed to install rods to hold the pulleys. 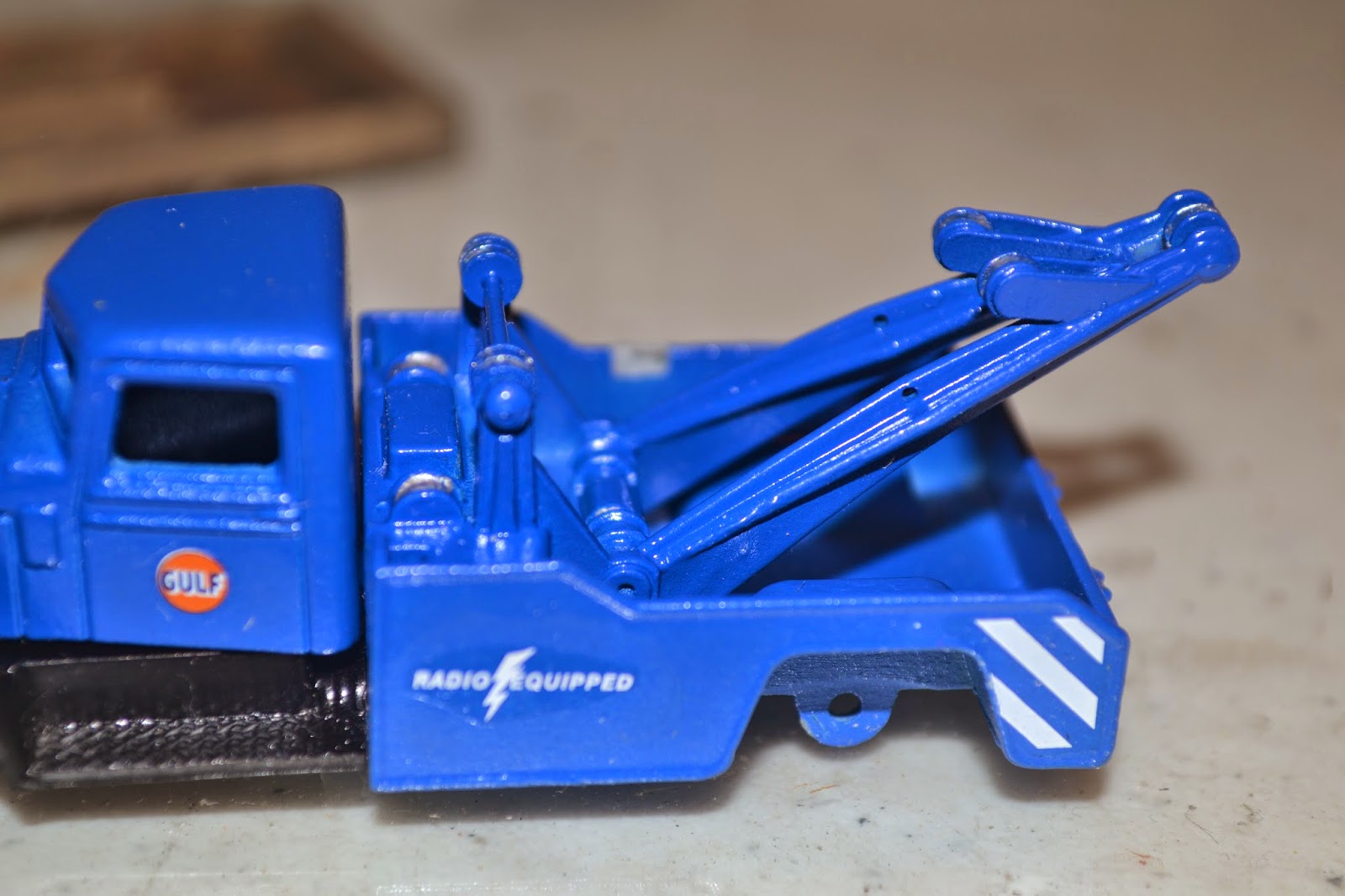 Painted and ready to string some cable. 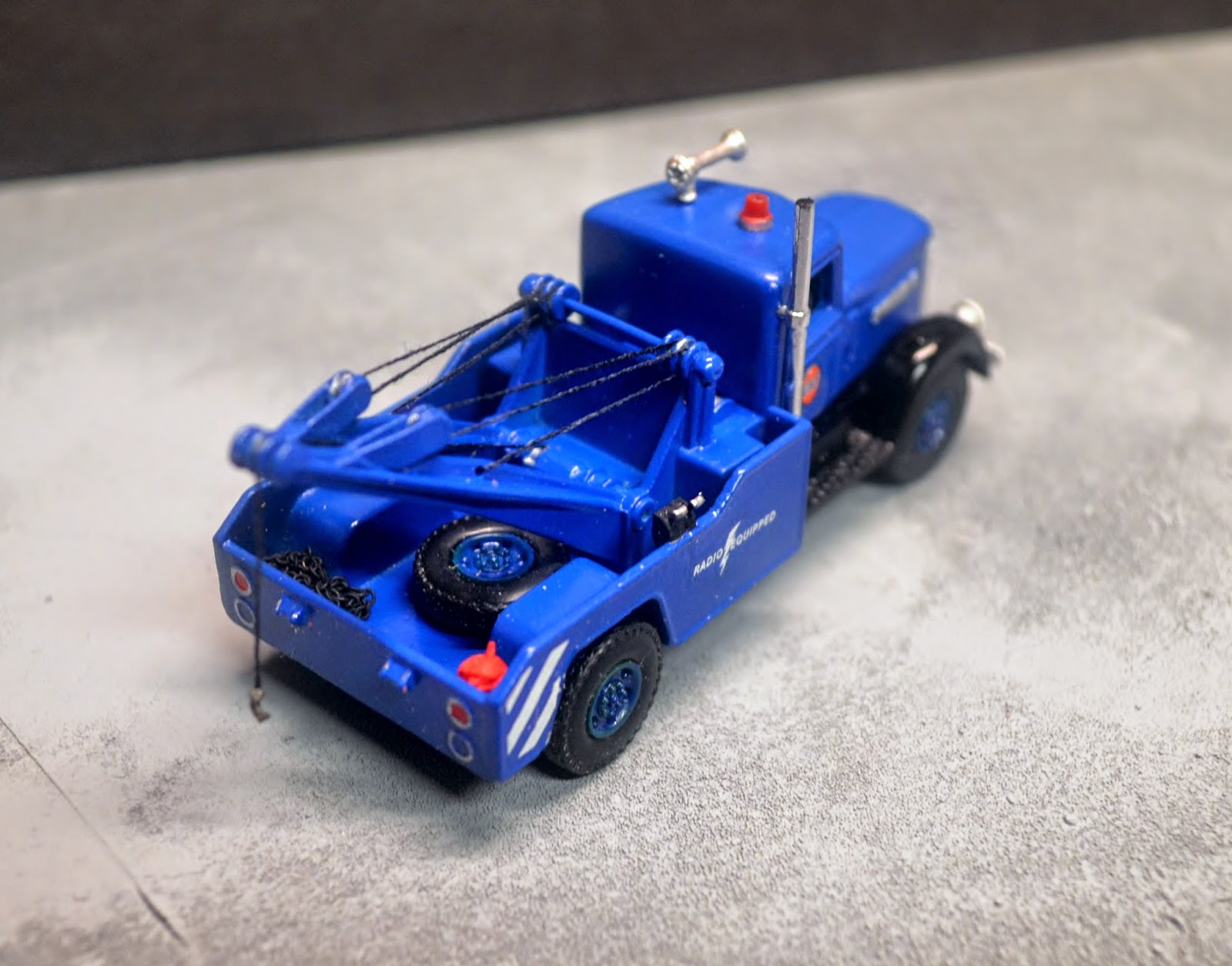 The cab is from IMEX, I just cut the frame and glued it with epoxy to the Matchbox bed. 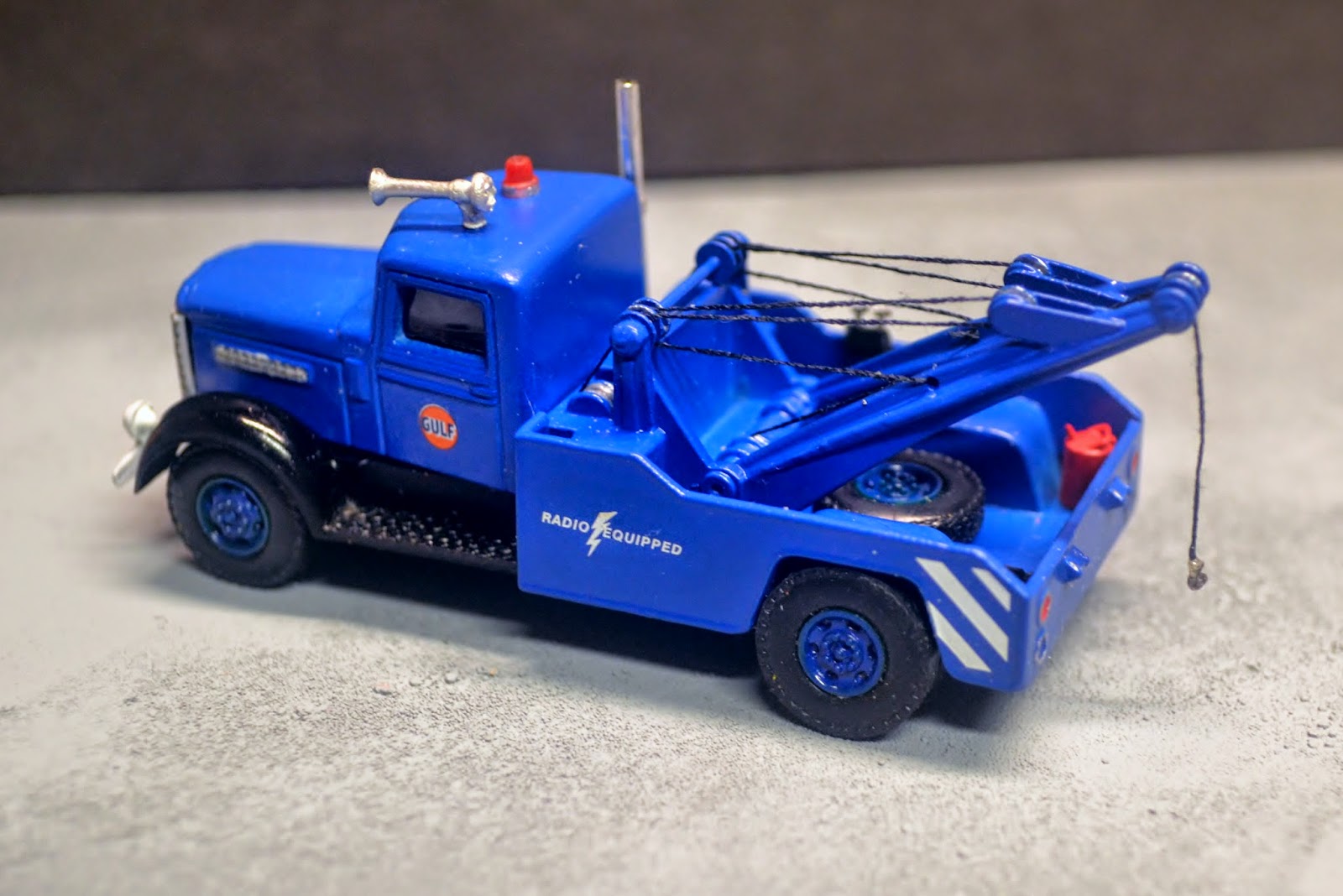 The gas cans in the back are also 3d printed at shapeways, as is the beacon on the roof. 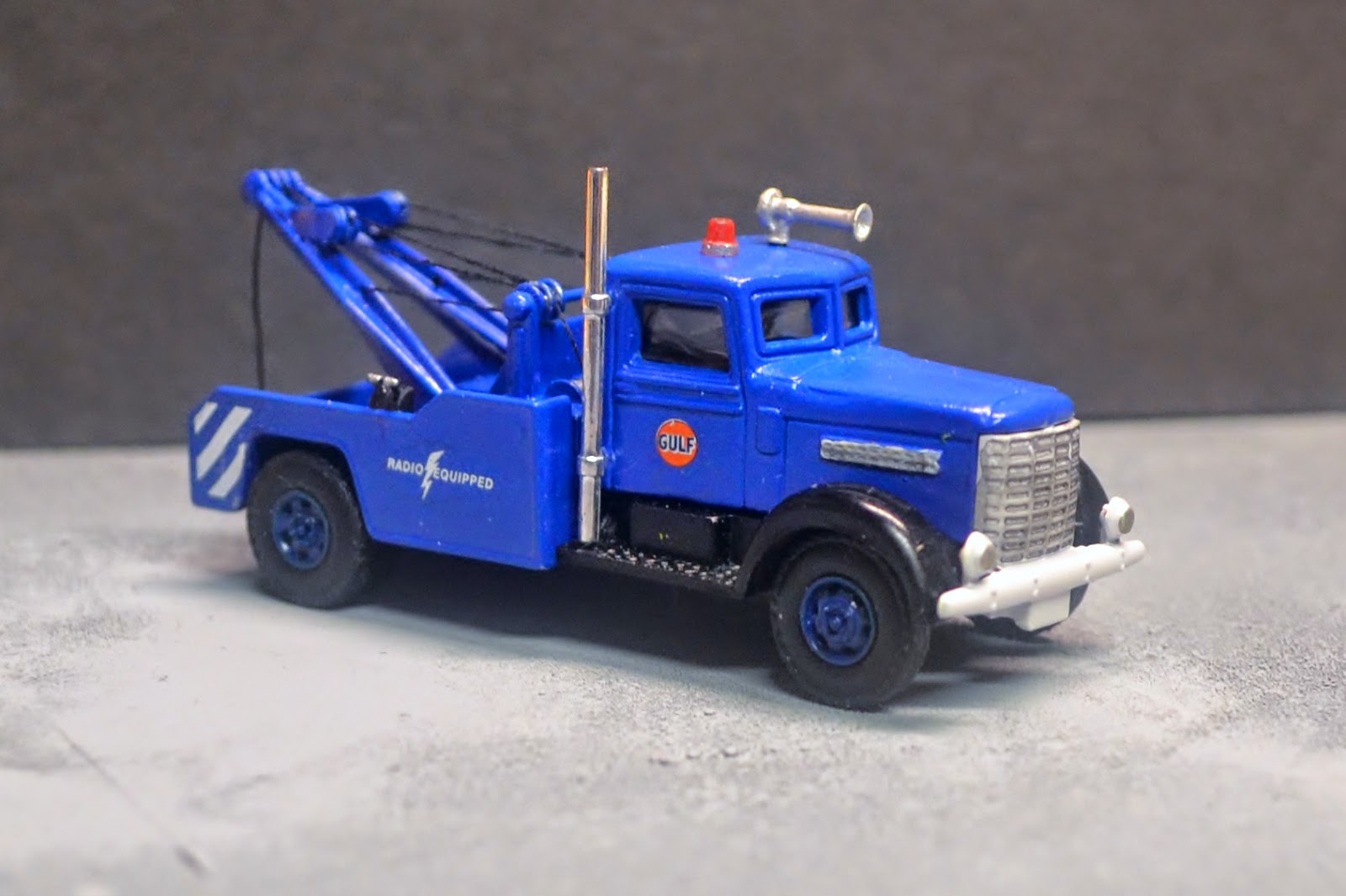 The decals on just from the decal box. 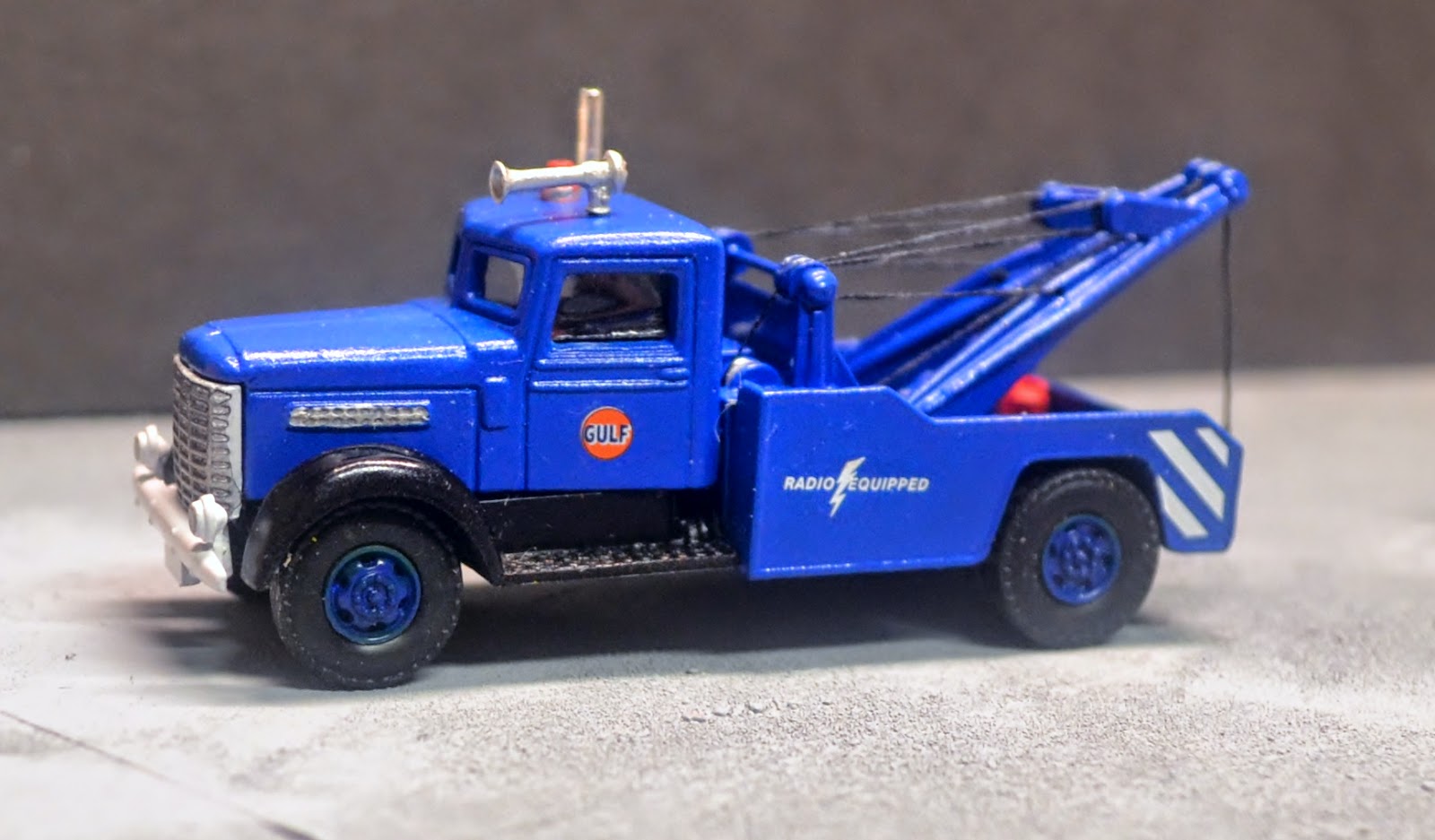 Just to see if I could figure out how to get an acceptable print on these item,  If what I ended up with is acceptable will up to those that were interested in these items.

First up, someone (I don't name names) online was looking for some O scale automotive transmissions, needing a dozen or more.  I can't imagine where one would find those, but thought it sounded like a reasonable item to try to 3d print.  He sent me a picture of what he was looking for, and I found a few more online.

Drawing one was relatively simple.

I uploaded the drawing to shapeways, and they come out at about $6.00 a piece in their Frosted Detail material.  They would be nice, but over $70.00 for a dozen of them seems a might stiff.

Really just to get an idea for as to the size, I printed one on my Afinia. 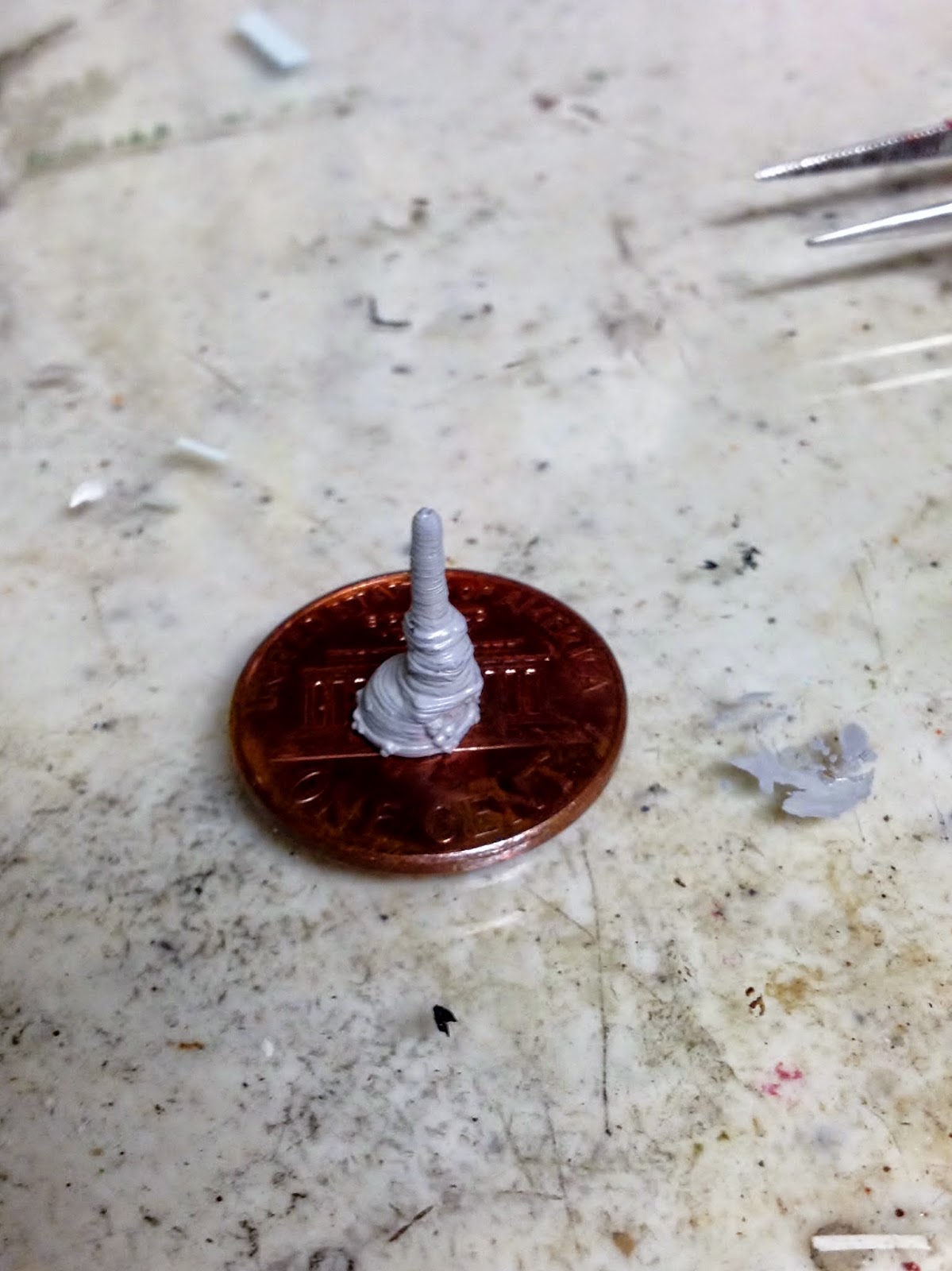 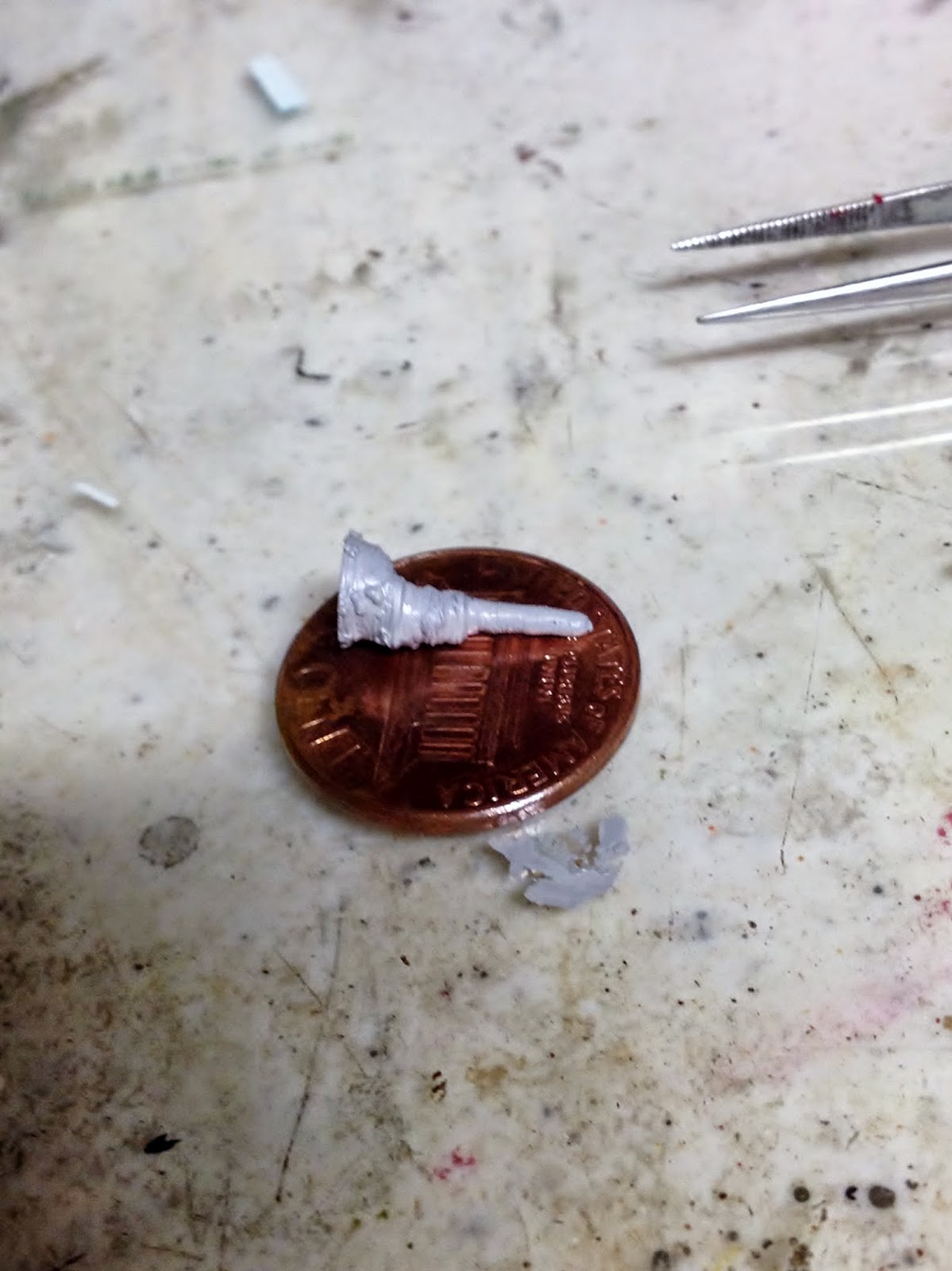 Not bad, for such a small part, you should be able to click on the picture and get an extreme close up, but you know, for scenery, this might work.  And heck, they would only be $1.00 each.  I told the gentleman that I would send him one as a sample, to see if he thought they were acceptable, then, upon further review, I just printed out a handful and will send them too him.  If the work for him, I will send him an invoice, if not, oh well, nothing ventured, nothing gained. 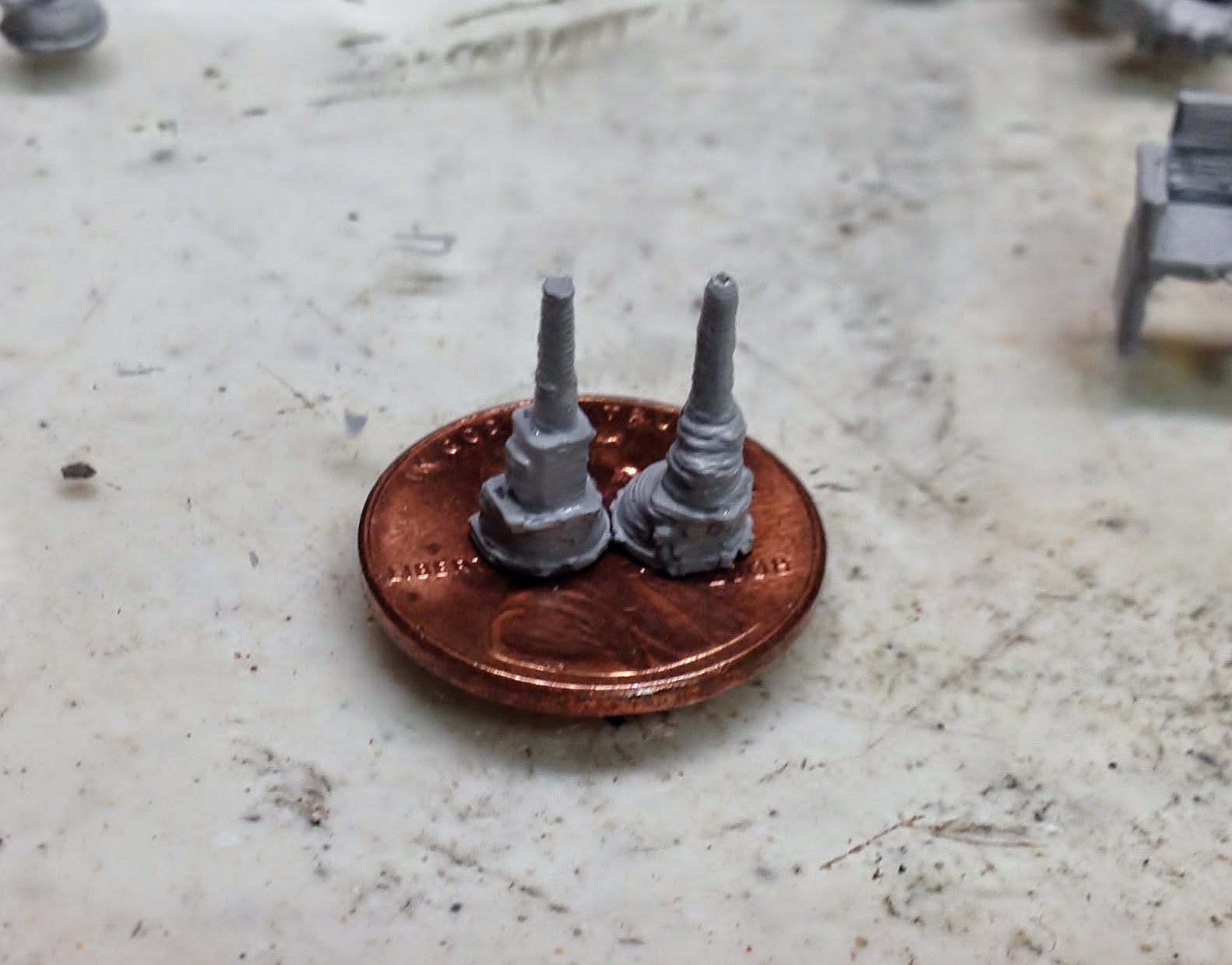 An interesting side note.  Check out the subtle but, in my opinion, obvious difference in the quality of the one on the left versus the one on the right.  (Yes, these are primed, if not they are very hard to photograph, and it is hard to make out the details.)  The one the left was printed as a batch of 20 at a time.  The one on the right was printed by itself.  The difference in quality is due to the heat used in the process.  When printing 20 at a time, each layer has time to cool before the next layer is added, and it made for a much nice part.  A good thing to remember. 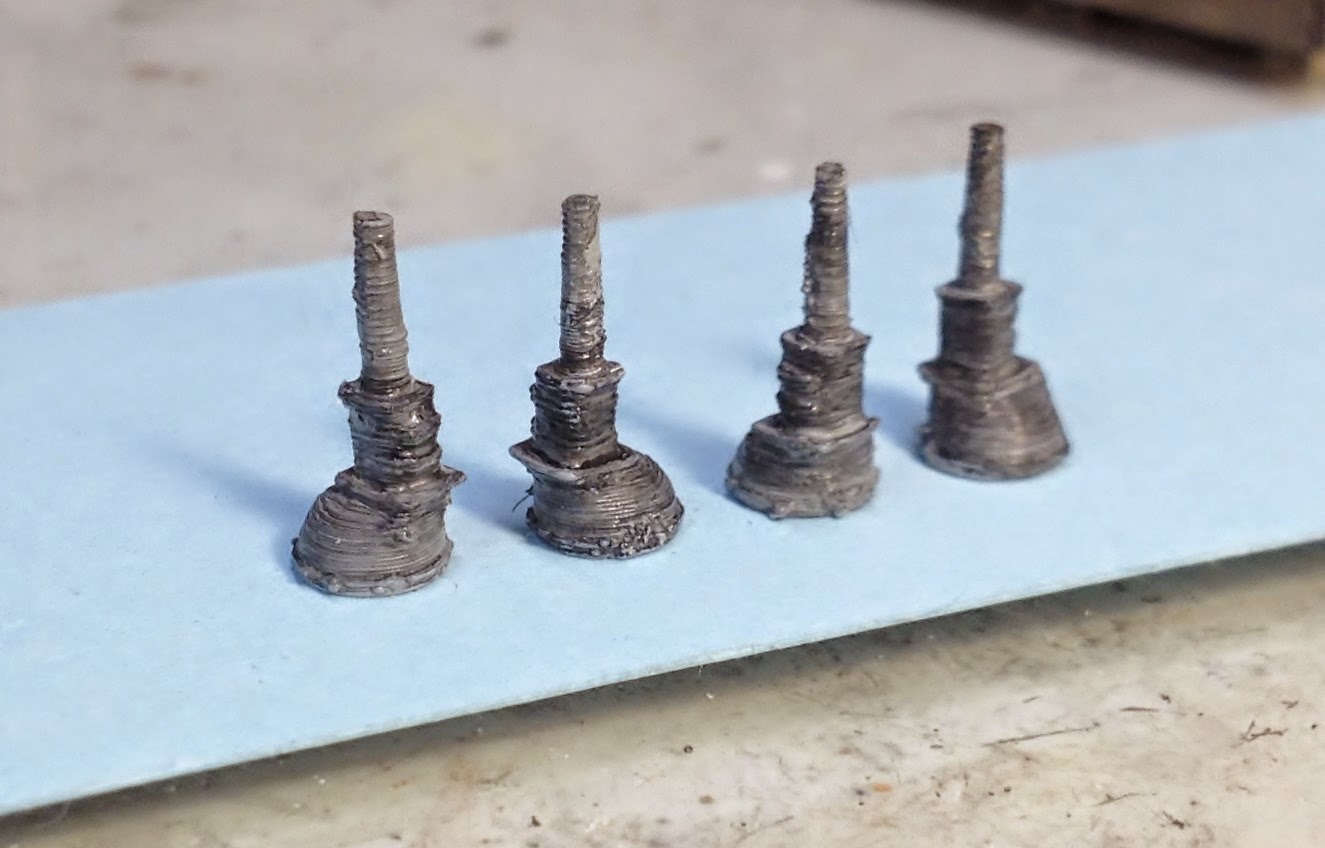 I threw some A&I on a few to highlight the good and the bad.  I would think they might work for scenery, but that will be up to the person who requested them.

Number two, same scenario, someone asking where they can get something, in this case, theater seats, a bunch of them.  I thought this would be relatively easy...but the best of well laid plans.  I don't even want to think about how much time I have in getting something I think is acceptable. 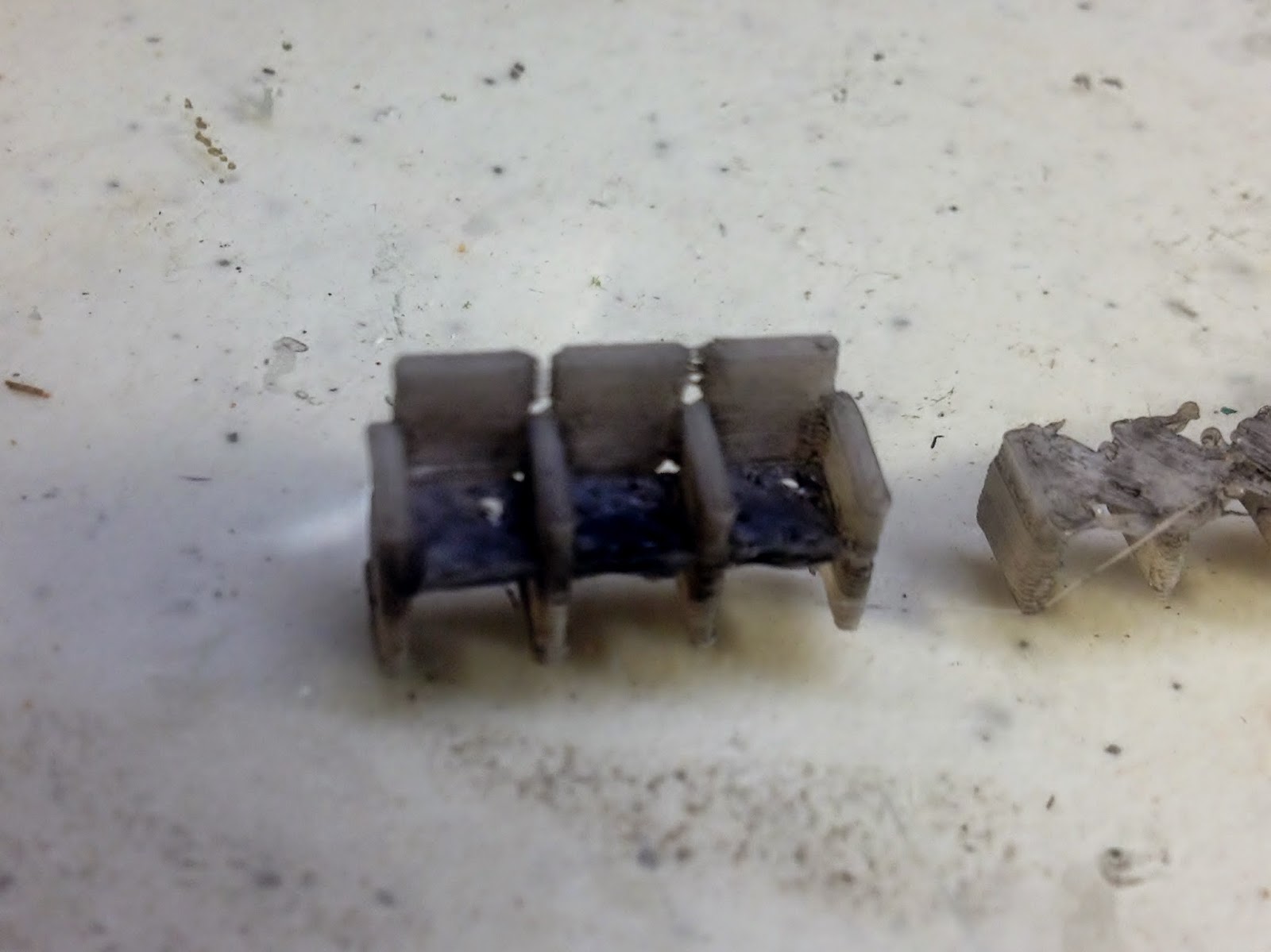 Here is the first attempt, the seats had holes in them, and there are other issues to numerous to mention...sorry about the bad picture.

To simplify matters for the blog, I just lined up all the attempts in a row, and did a video of them.  Jason, this is for you, since you asked about all my failures at the clinic I did at the MoPac/Frisco convention.

Note that some have been primed and some have had A&I applied to make them photograph easier. The last one, is the one I deemed as acceptable.

Also, below are some individual shots of failed attempts. 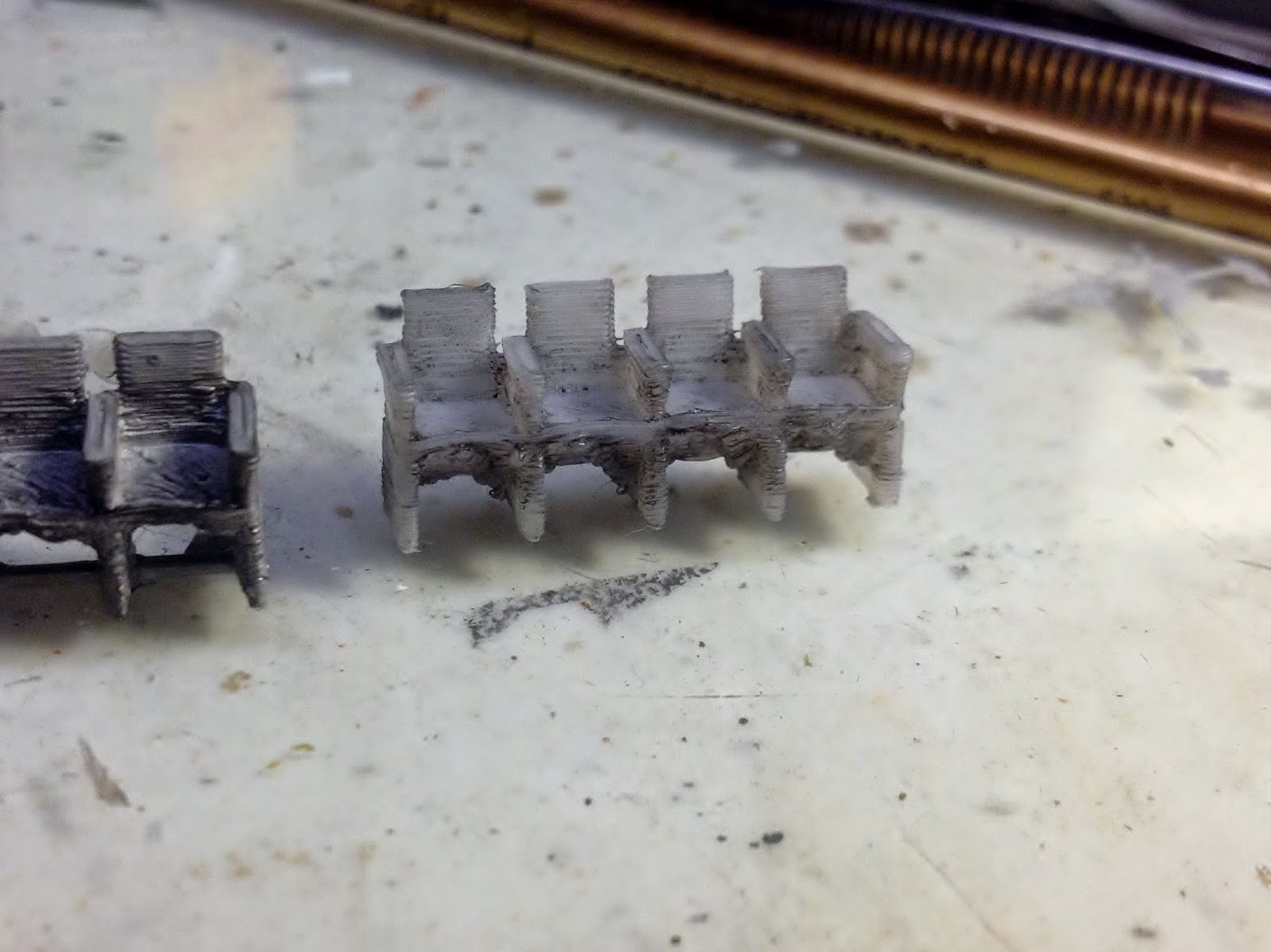 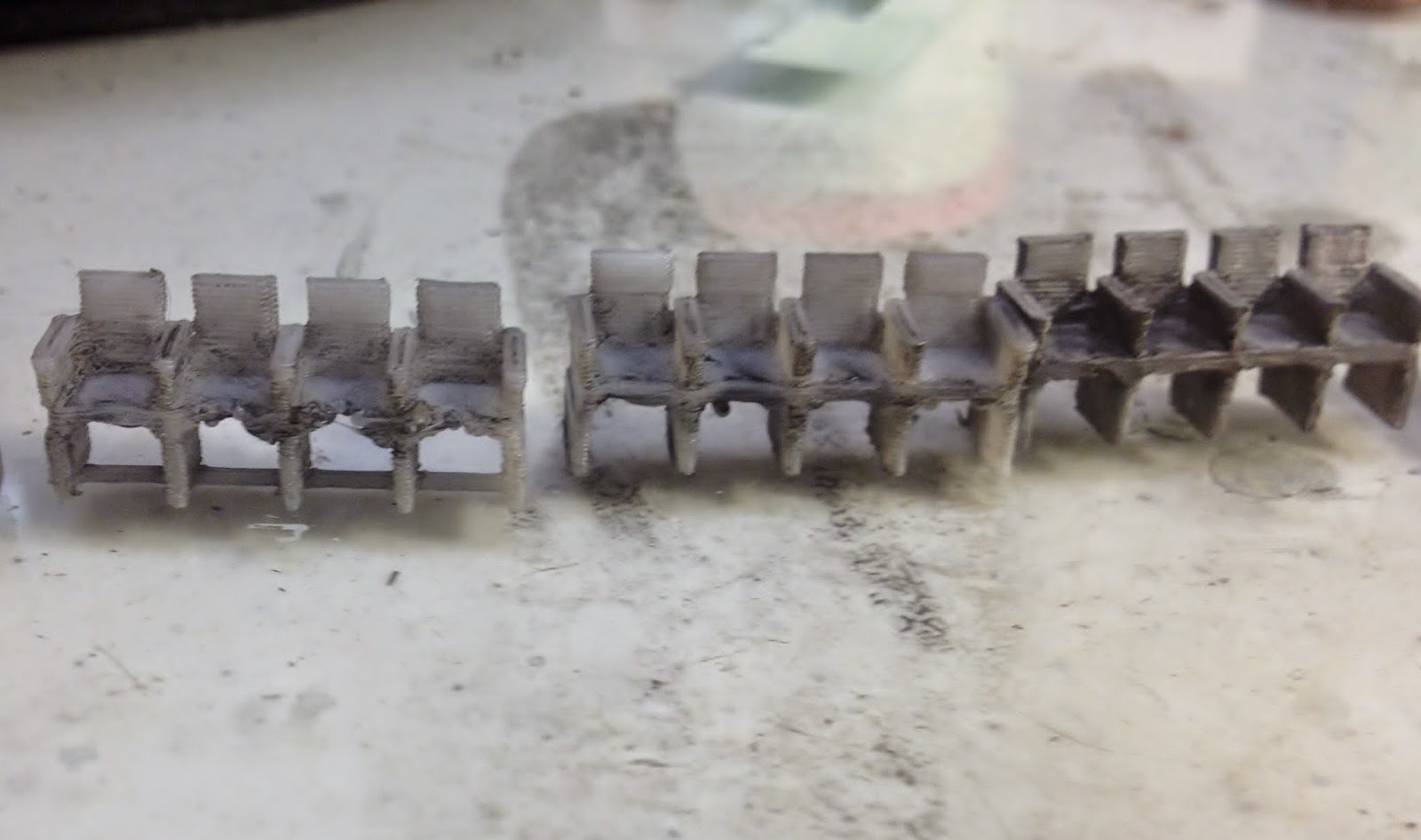 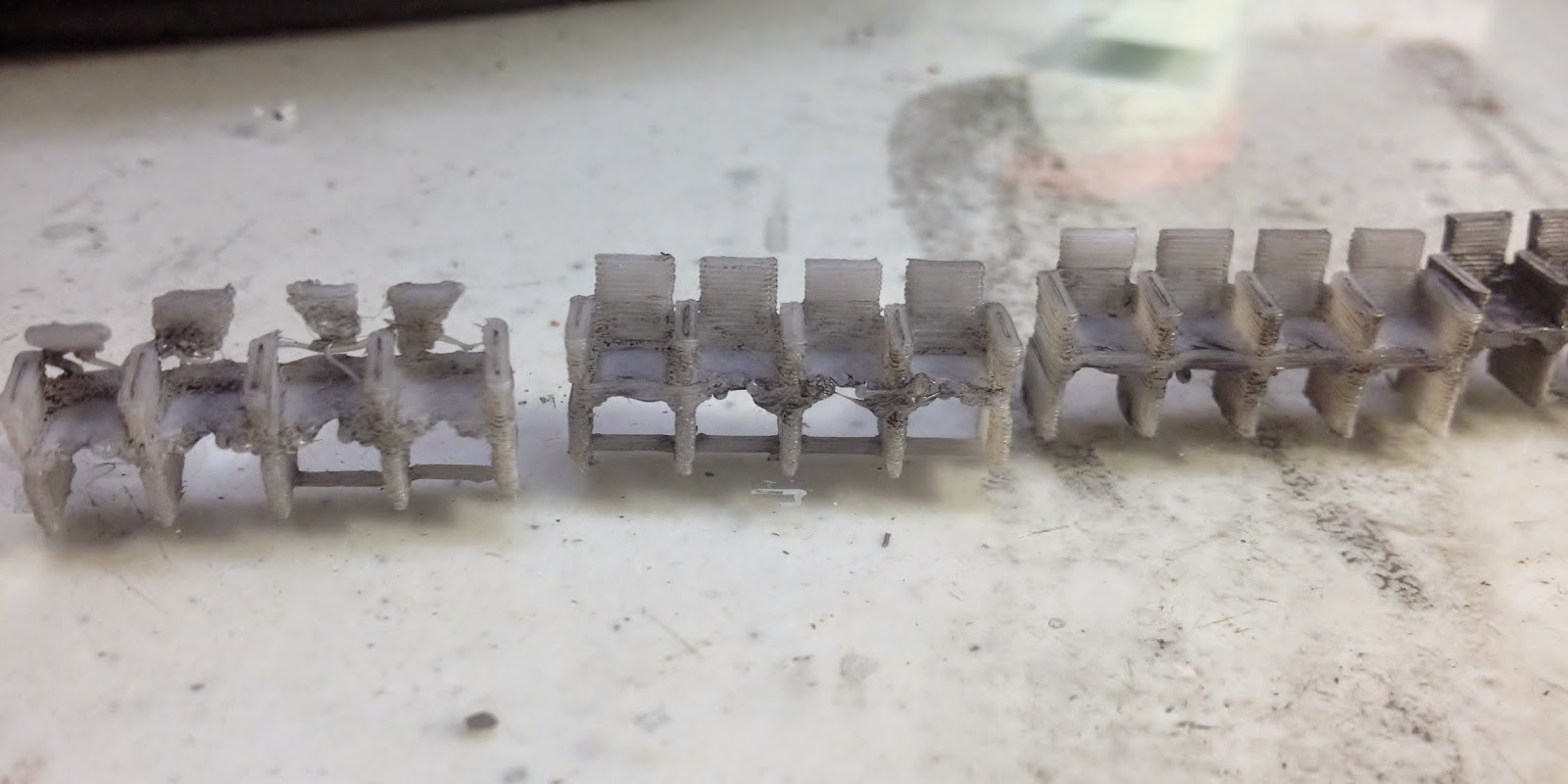 In the end, I painted up the one good one I printed, and will probably send it to the person looking for seats to see if they will work for them.  I made the drawing modular, so changing the row from four seats to ten would take less than a minute. 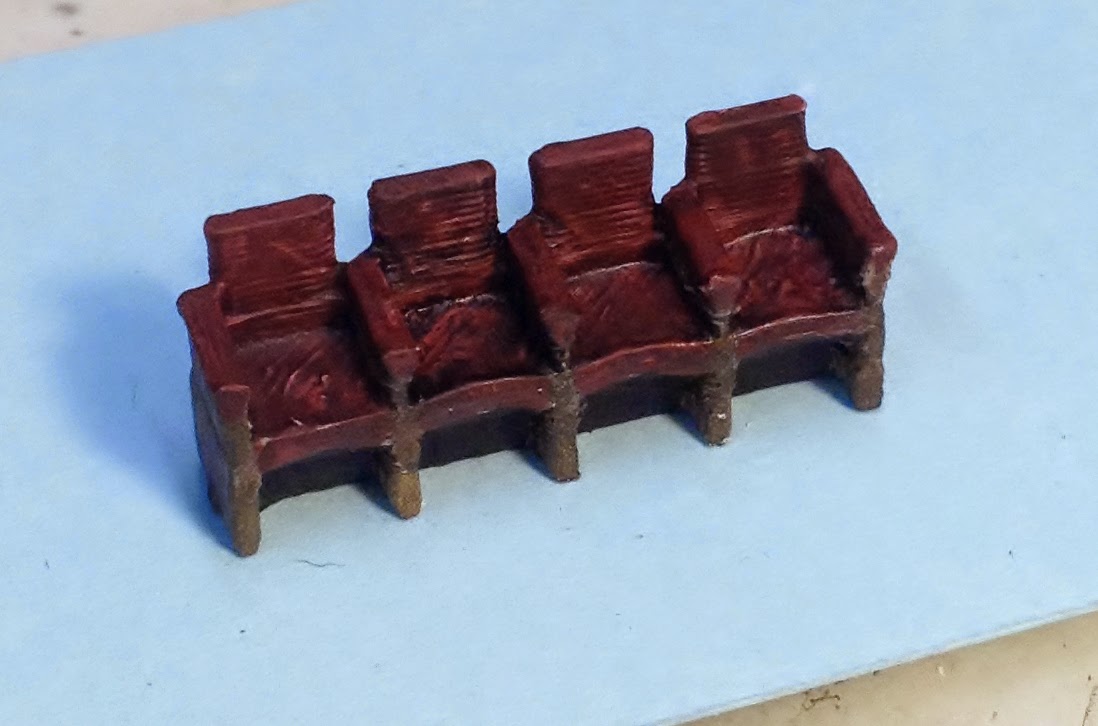 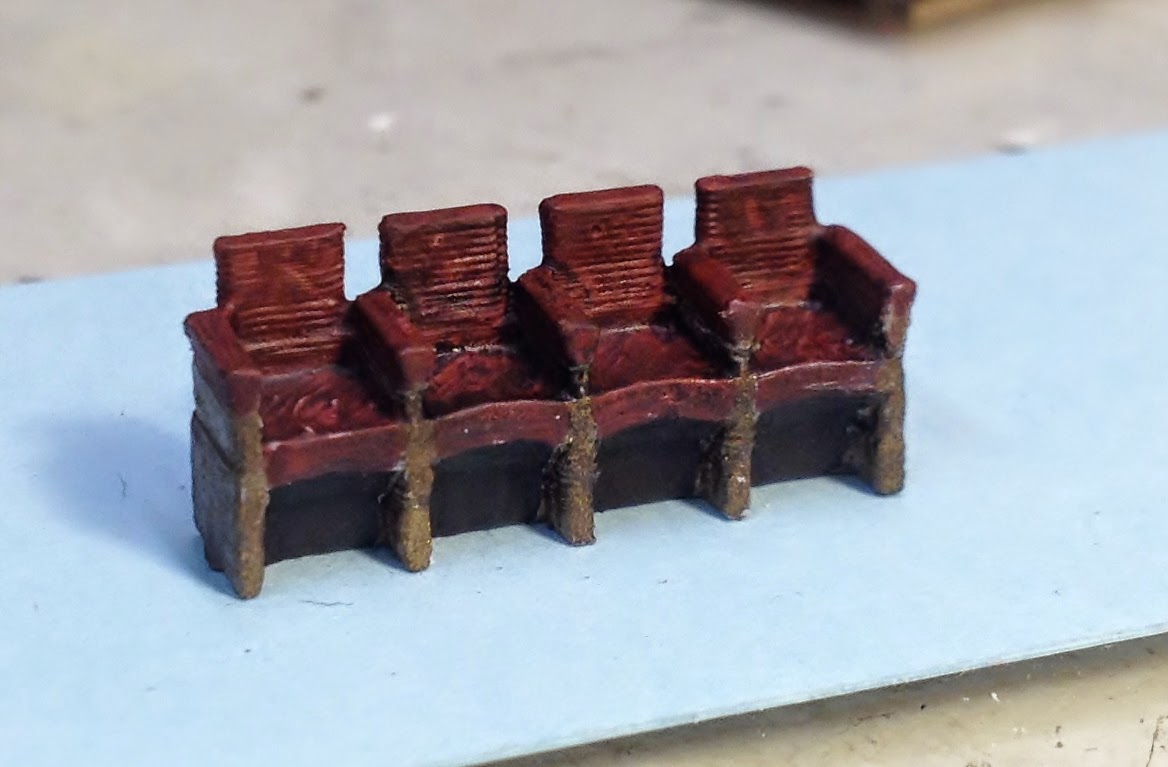 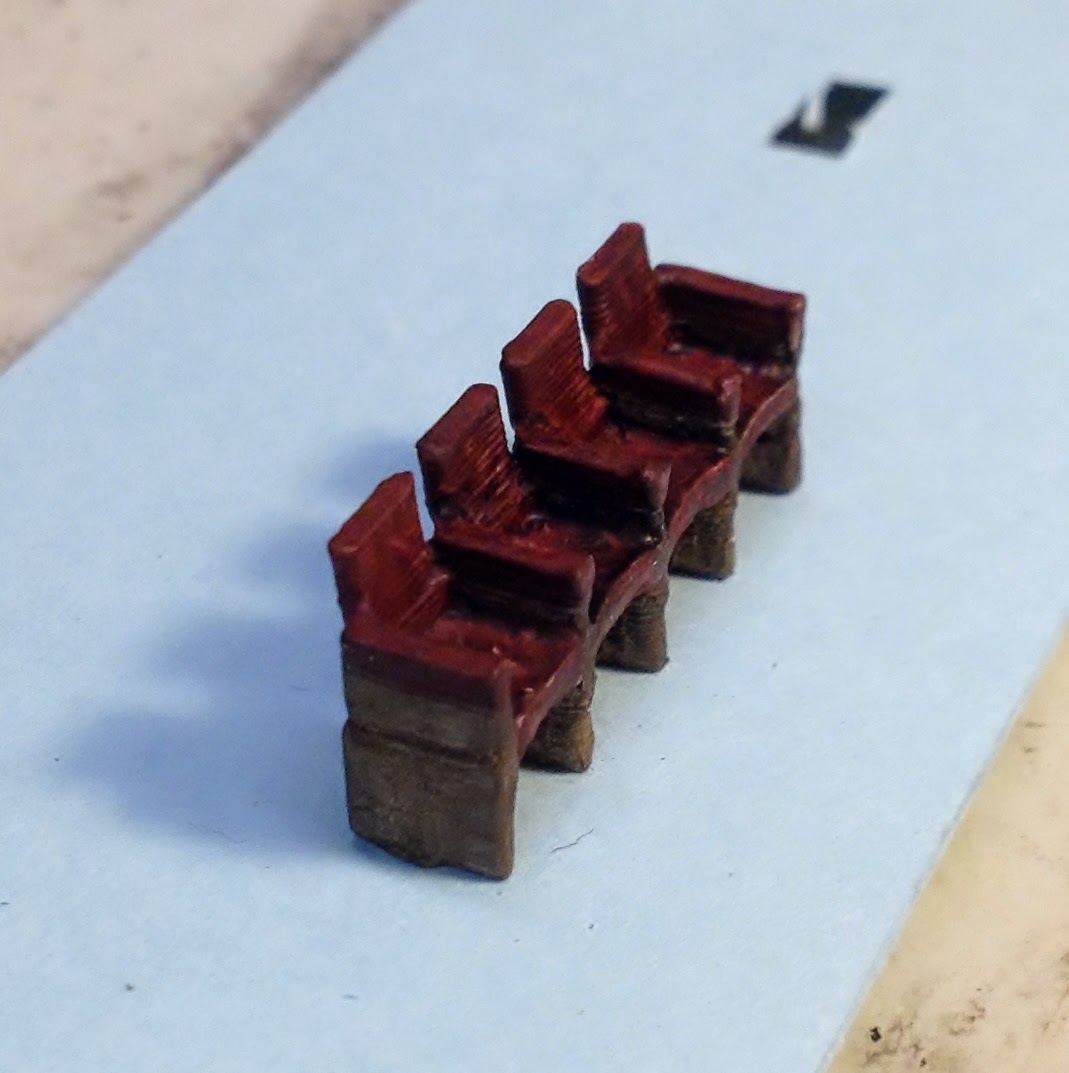 I also uploaded this file to shapeways, and in their Frosted Detail, this set would run over $7.00.  Using FD, I could actually thin this out, and eliminate the support underneath, and probably save a couple dollars, but still, they would be over a dollar a seat.  I can do these for 50 cents a seat.  That is unpainted, but then so it stuff from shapeways.com.  So we will see what works.

Posted by Kent Hurley at 8:47 PM No comments: