At least for me, these were the highlights.  I was asked to display some of the items I 3d printed by the model railroad group that runs the displays at the station, in particular, Louis Siebel.  I want to thank him for inviting me.  There are lots of children in attendance, so I did have a couple do not touch signs up. 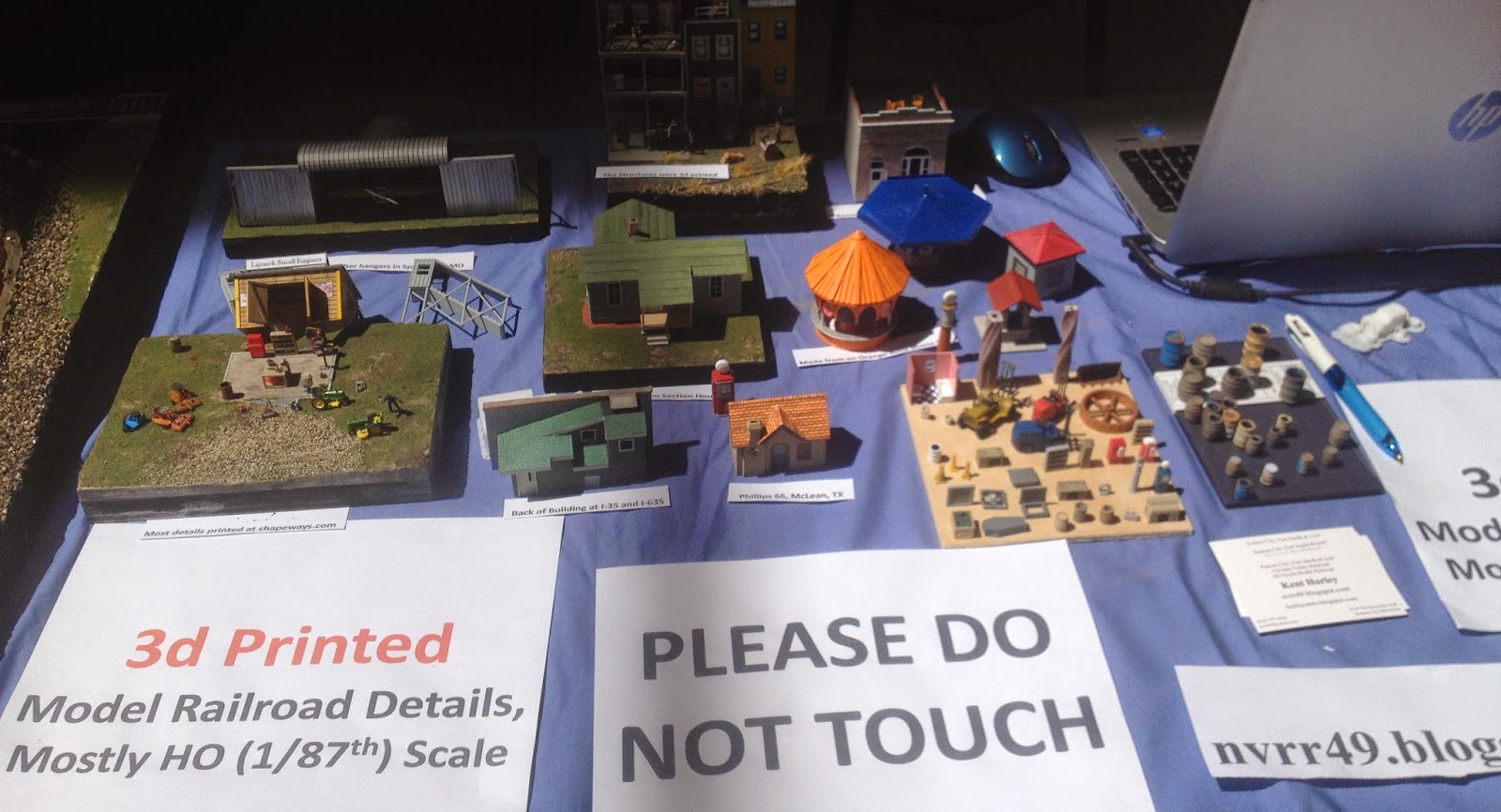 Here are a few of the things I displayed. 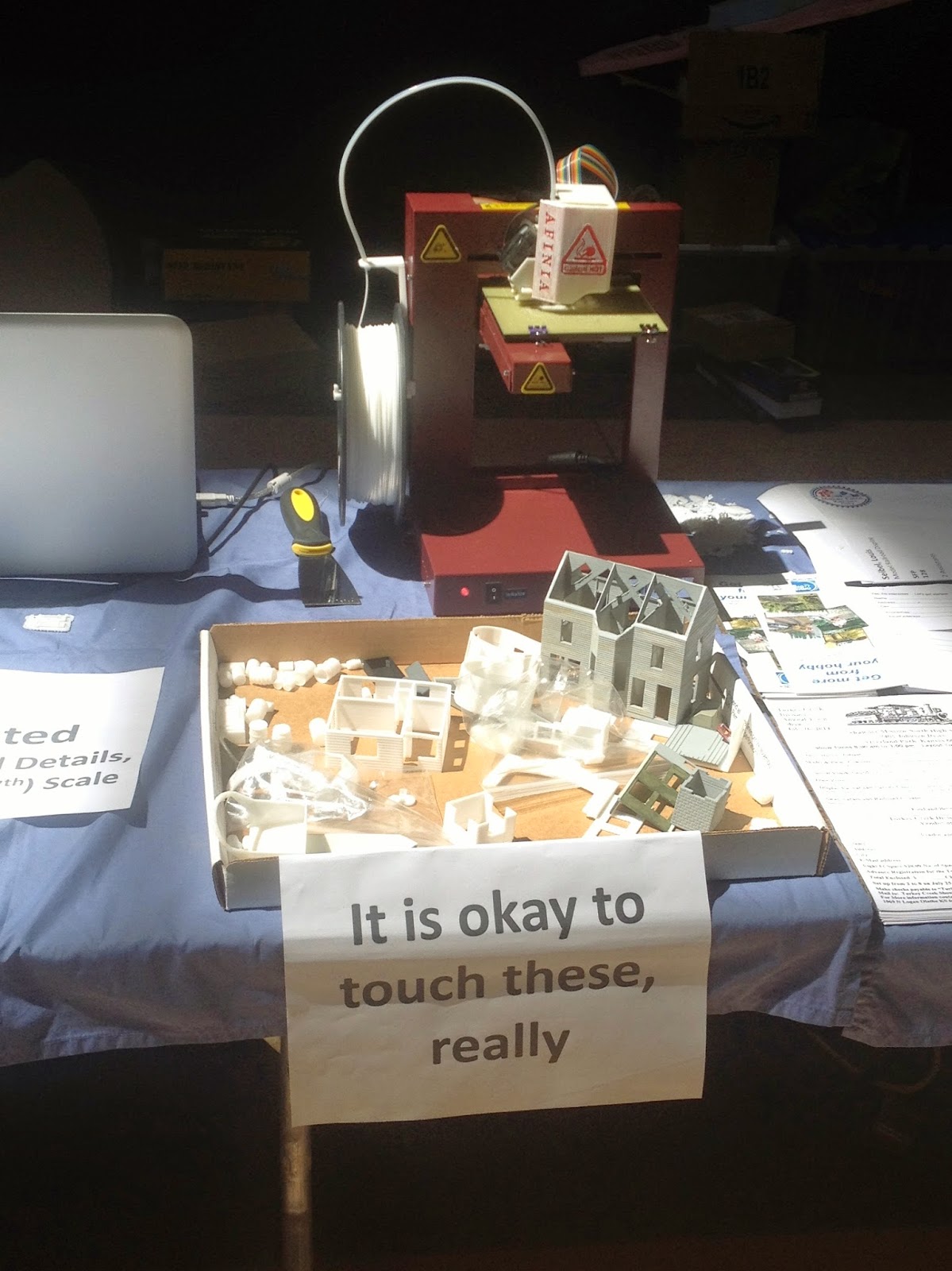 I also had the printer running both days, and, because people need to touch something, I included a tray of 3d printed things that can be touched. 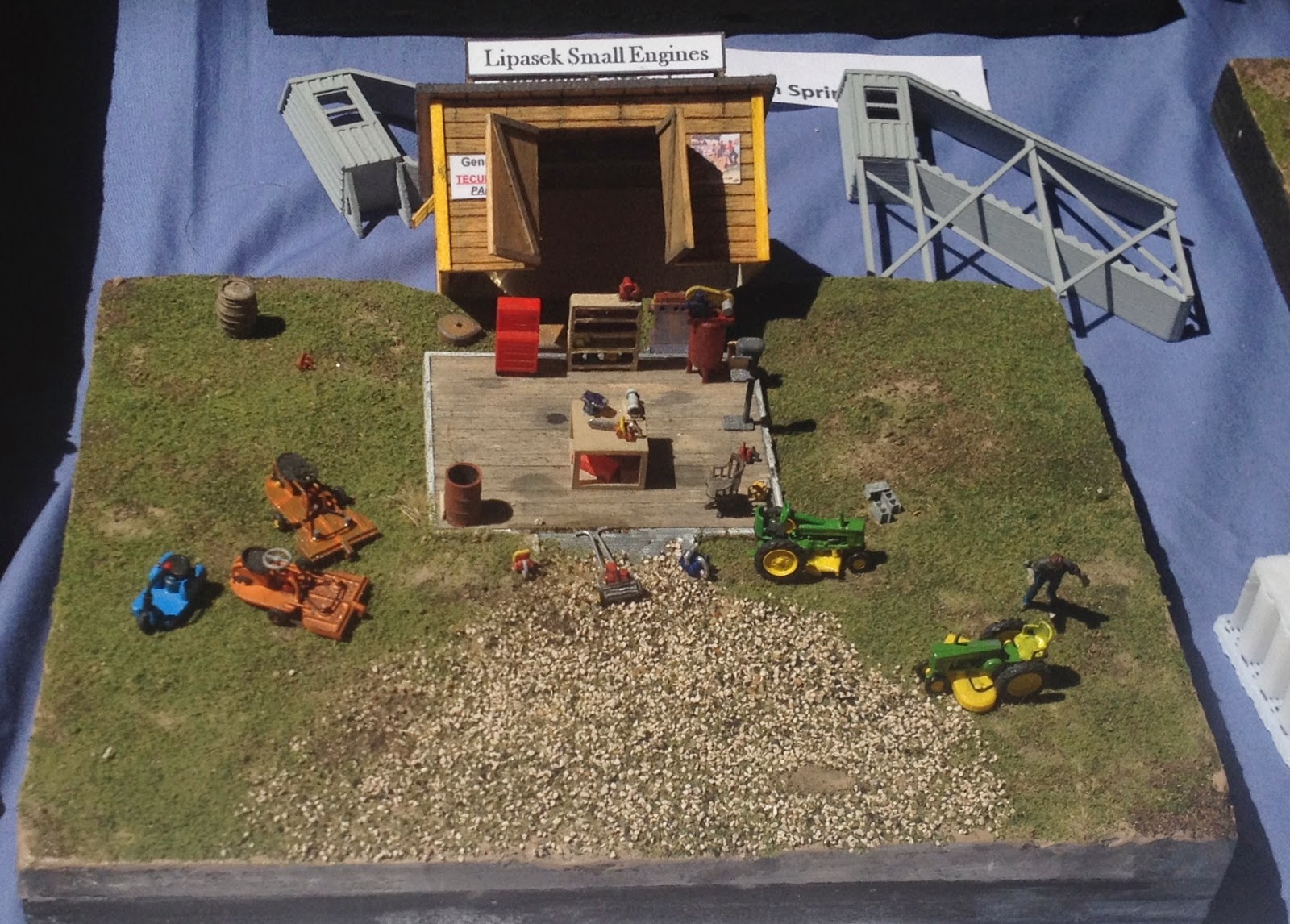 I also brought a diorama that is mostly items I had printed at shapeways.com, the small engine repair shop, more pics here: http://nvrr49.blogspot.com/2013/09/lawn-mowersmall-engne-repair-shop.html 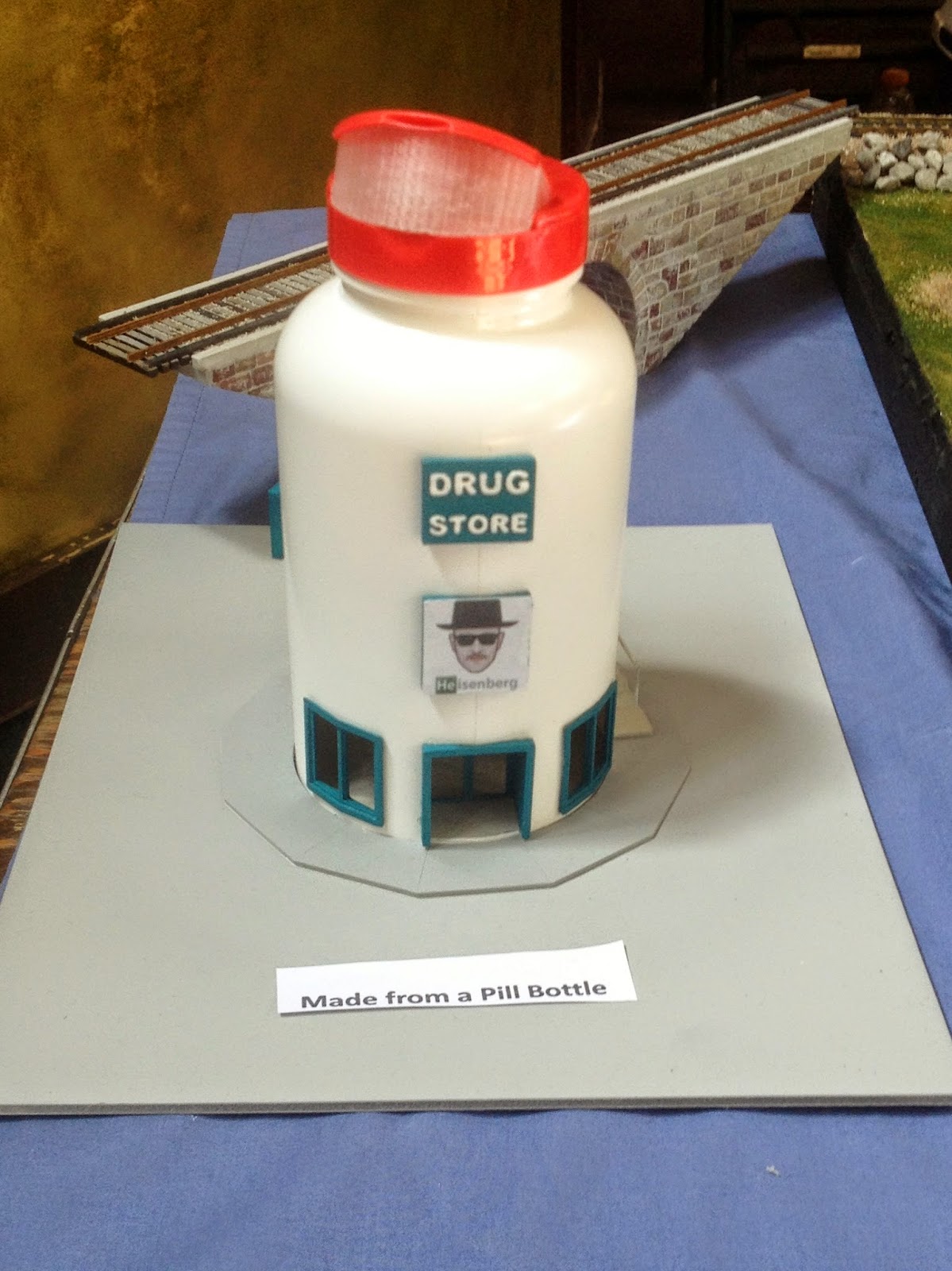 I really thought more people would laugh at the inside joke on this model, but alas, I only saw two people laugh on Saturday.  Sunday, however, was better, as about 10 people caught on.  If you don't get it, you didn't watch Breaking Bad.  The original post with details on building this project are at: http://nvrr49.blogspot.com/2014/03/pill-bottle-heisenberg-drug-store-3d.html

I displayed my 3d printed forklifts, http://nvrr49.blogspot.com/2013/12/fork-lifts-for-my-long-bell-lumberyard.html, and happen to be printing one when  Steve (Reverend Hearse) came by the table.

He was a builder of model vehicles, and wanted to know if I sold the items.  I told him that I had one printing, and if he would come back in an hour, I would fix him up. 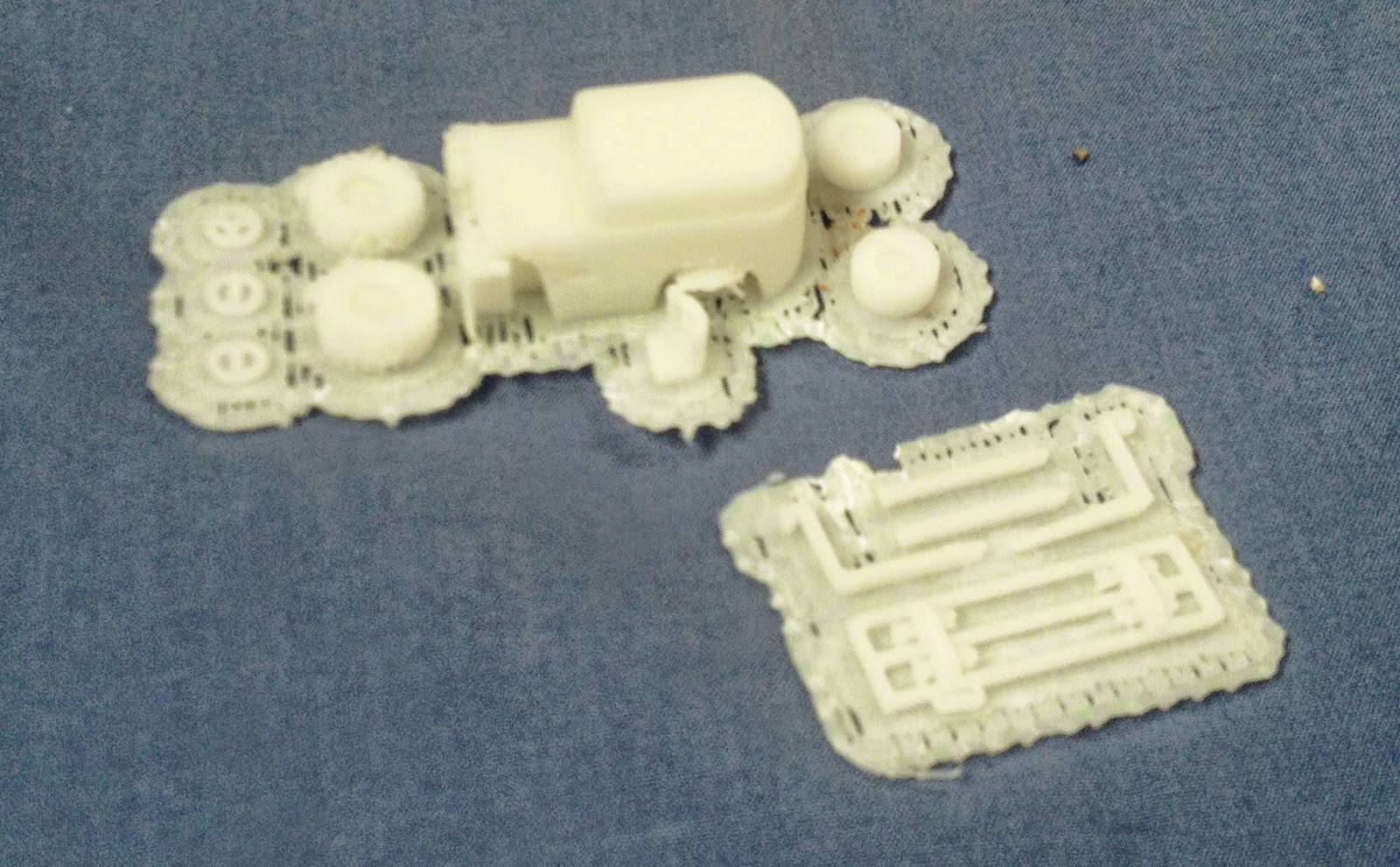 This is what I handed Steve, no charge.  I had actually never assembled the lift portion, in fact, I had never printed it on my printer before.  The one I built was scratch built with styrene strips.

He showed up at my table the next day with the prototype done, or close to done.  I had not made a good way to attach the lift rack to the front of the tractor, which it the reason you build a prototype. 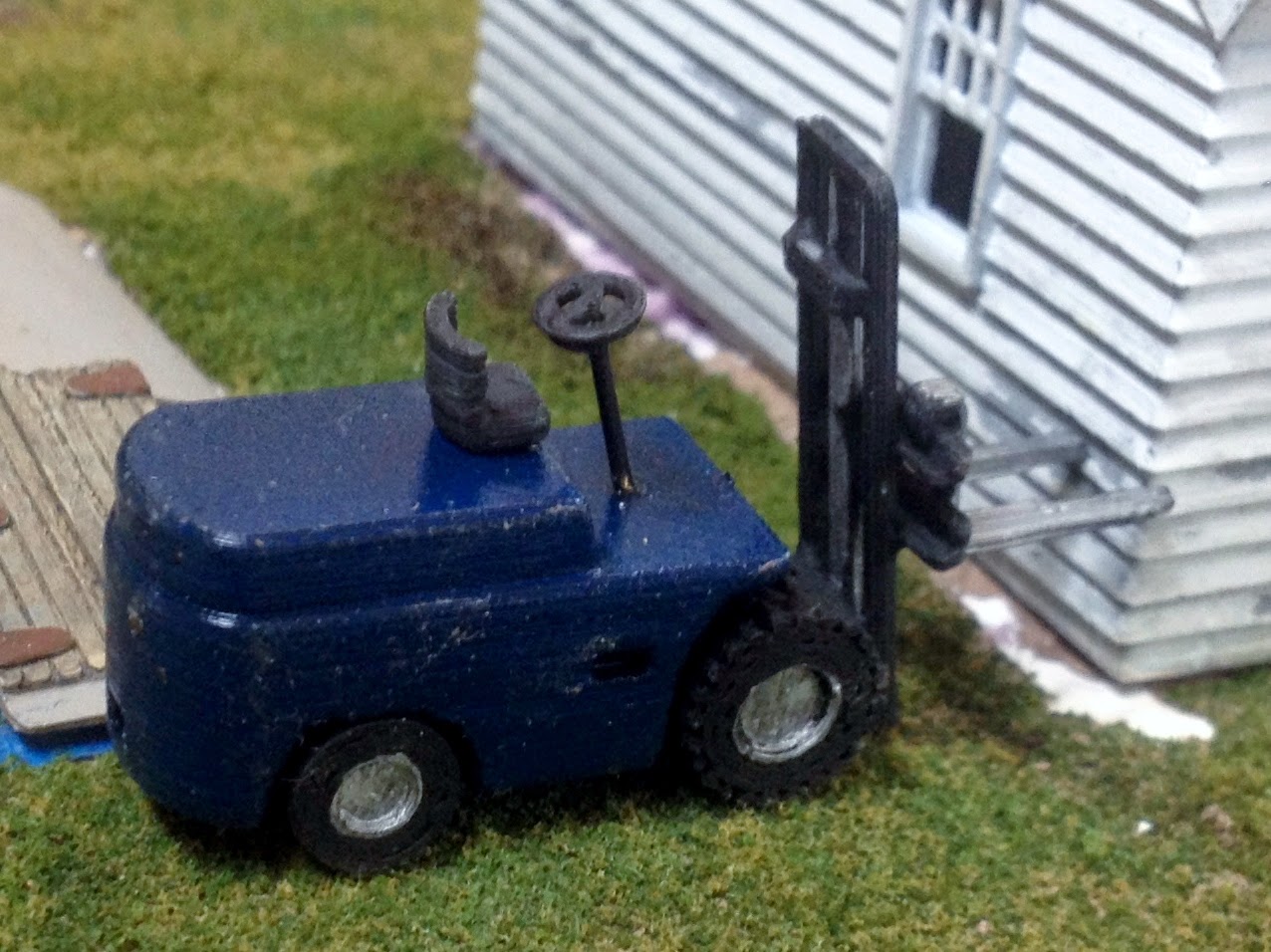 Not bad for an overnight project and no instructions! 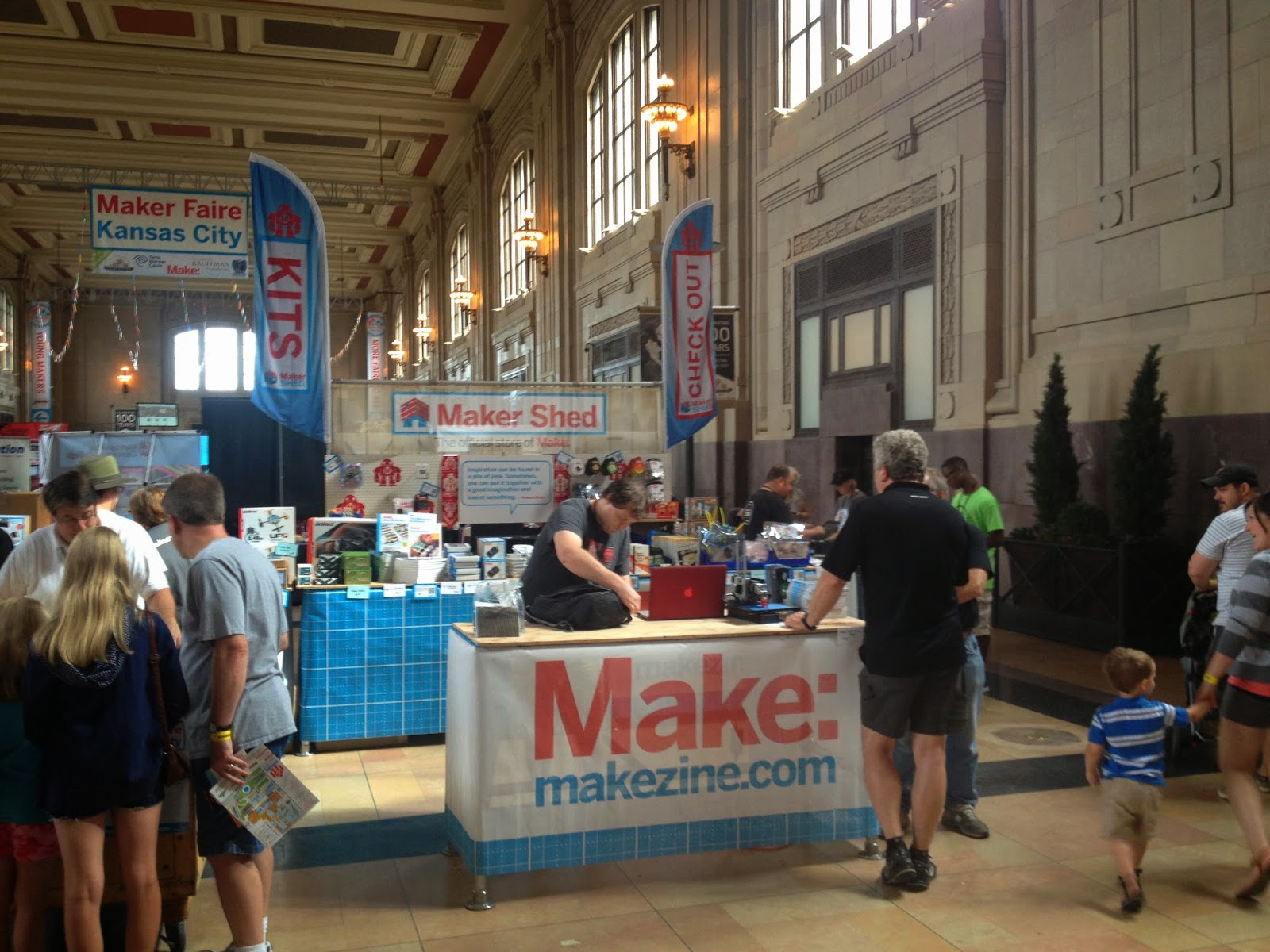 Make Magazine had a nice booth.  Make does a great job covering the home based 3d printing market. 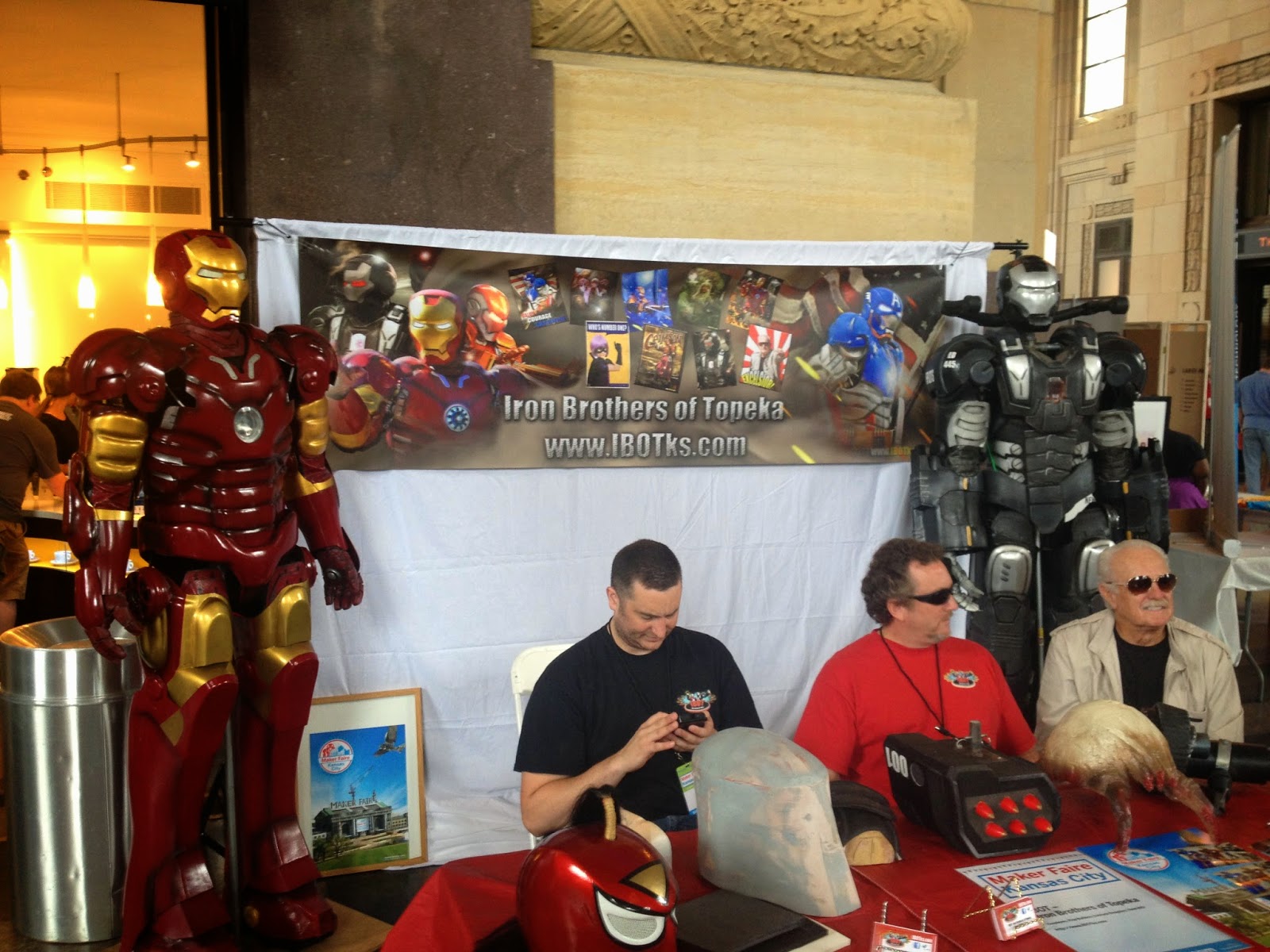 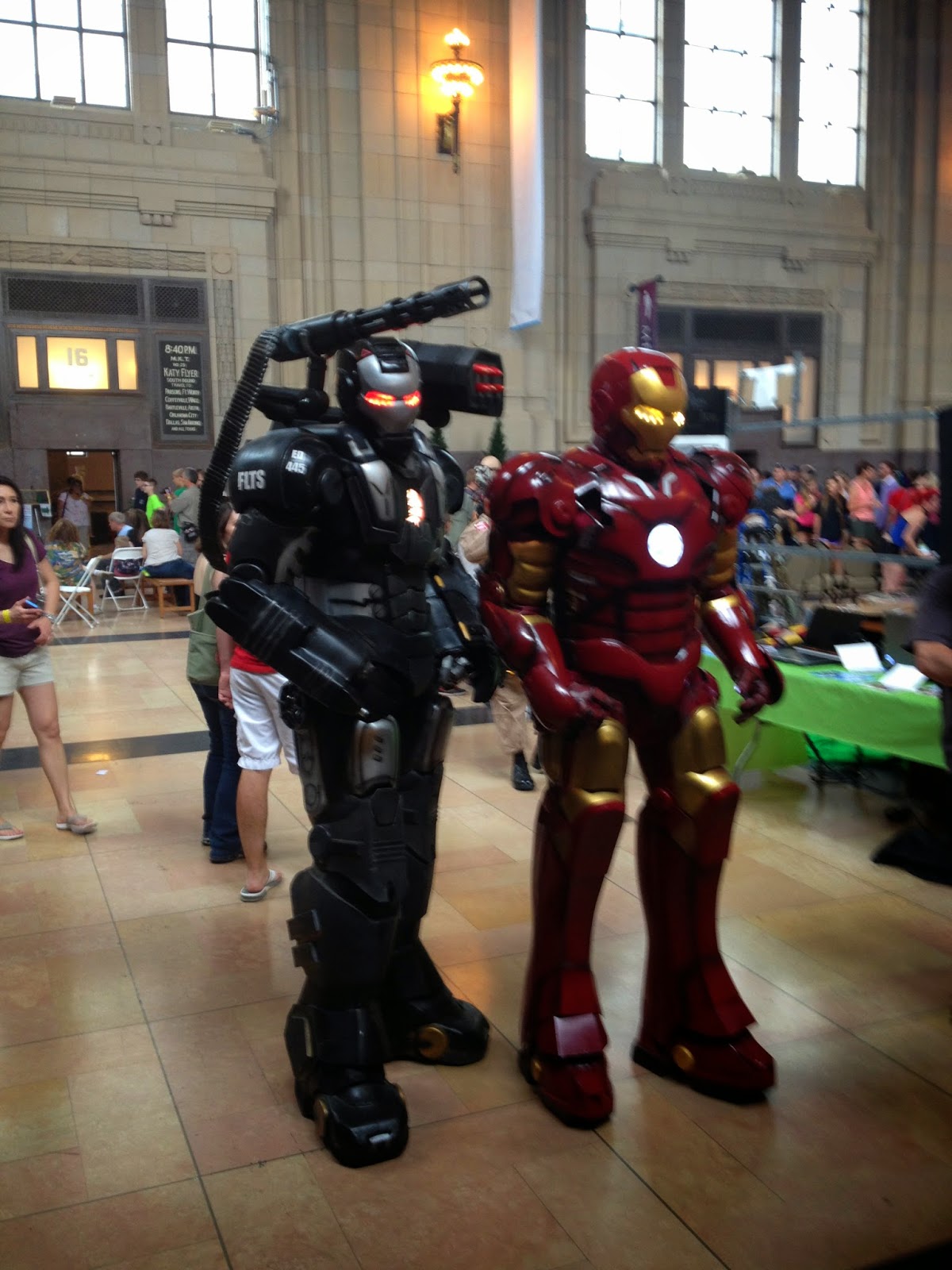 Iron Man showed up along with whoever the other guy was...? 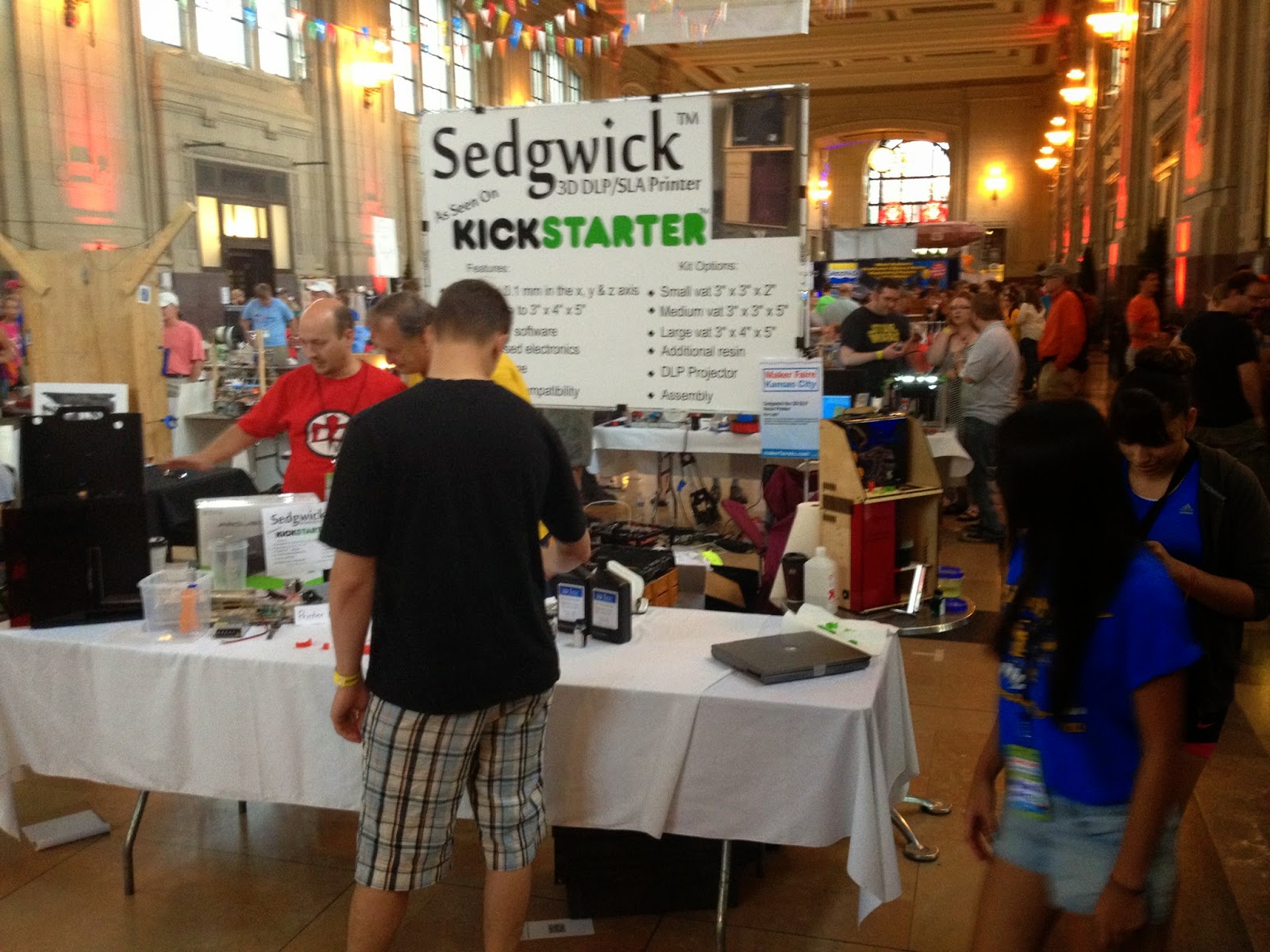 The Sedgewick 3d SLA printer, a kit made here is KC, as showing their printer, and taking orders. 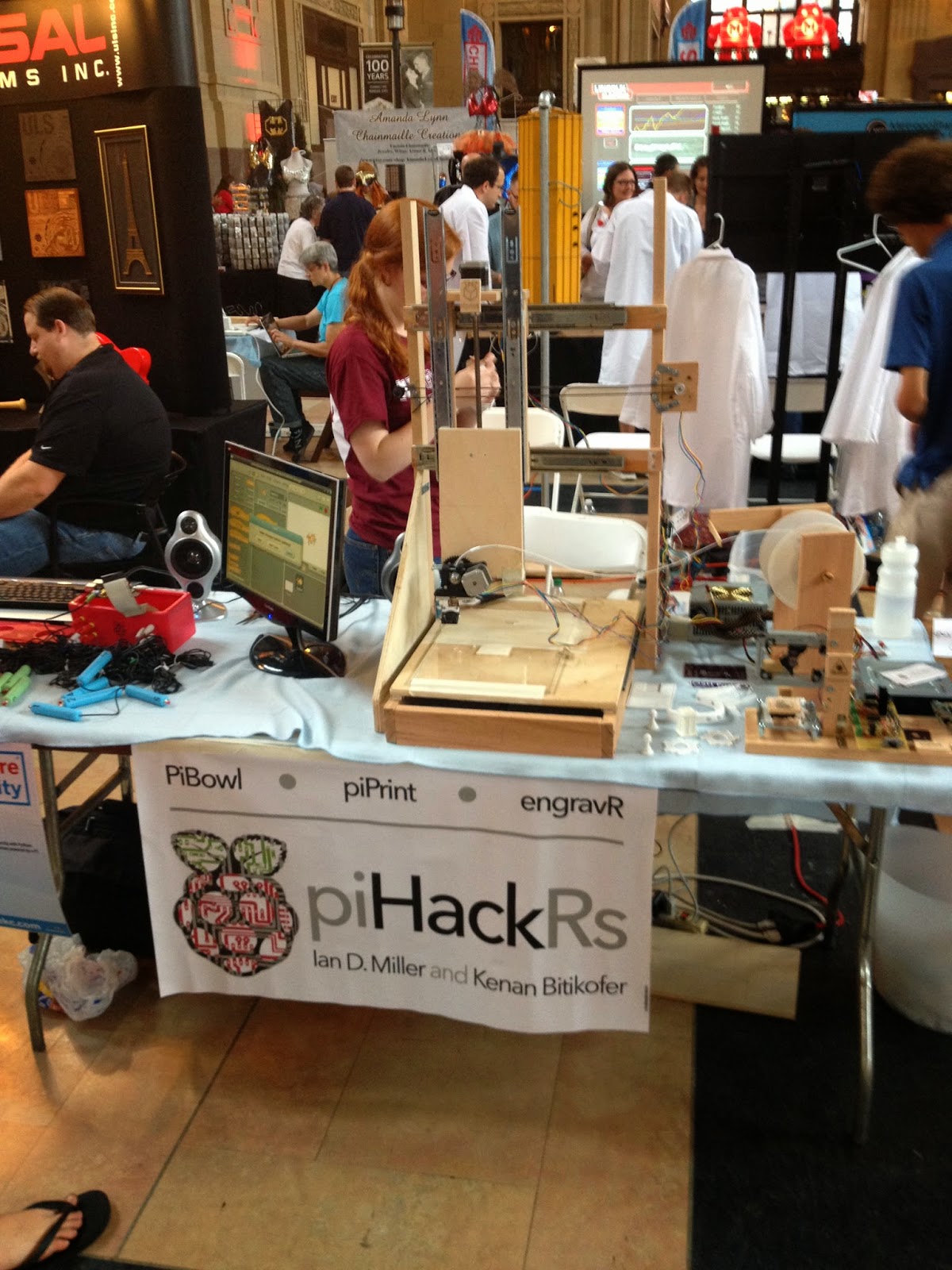 Check this out, a summer project by a couple young men, building a 3d printer from scratch.

I really made a mes of my modeling area getting everything ready for the Turkey Creek build challenge, and the Maker Faire.  Then I ended up having a business conflict and not making it to the Turkey Creek meeting.  I have spent the last two weekends just cleaning up the mess, but I did get a lot of drawing done on the next 3d printing project, the Chilhowee State Bank in Chilhowee, MO. 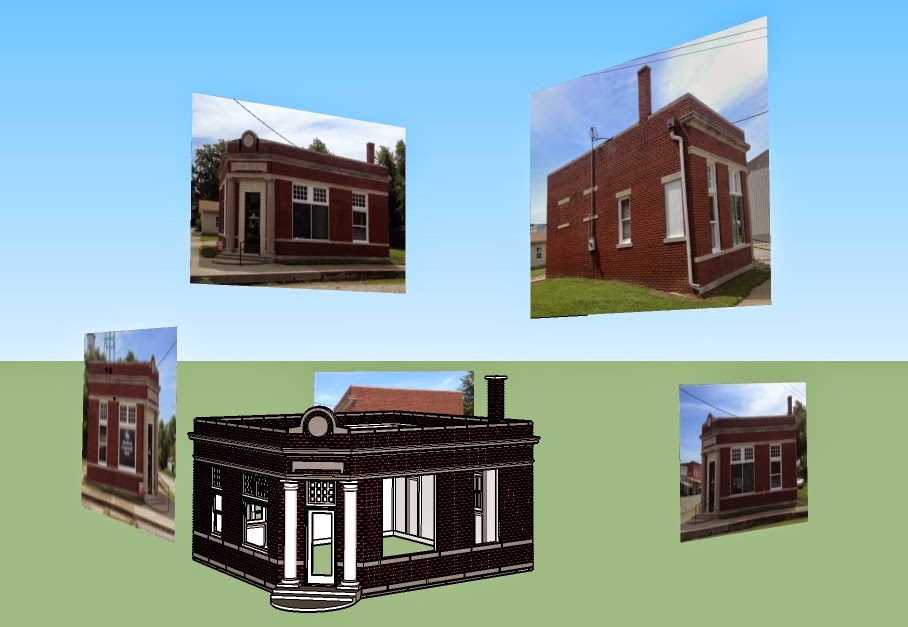 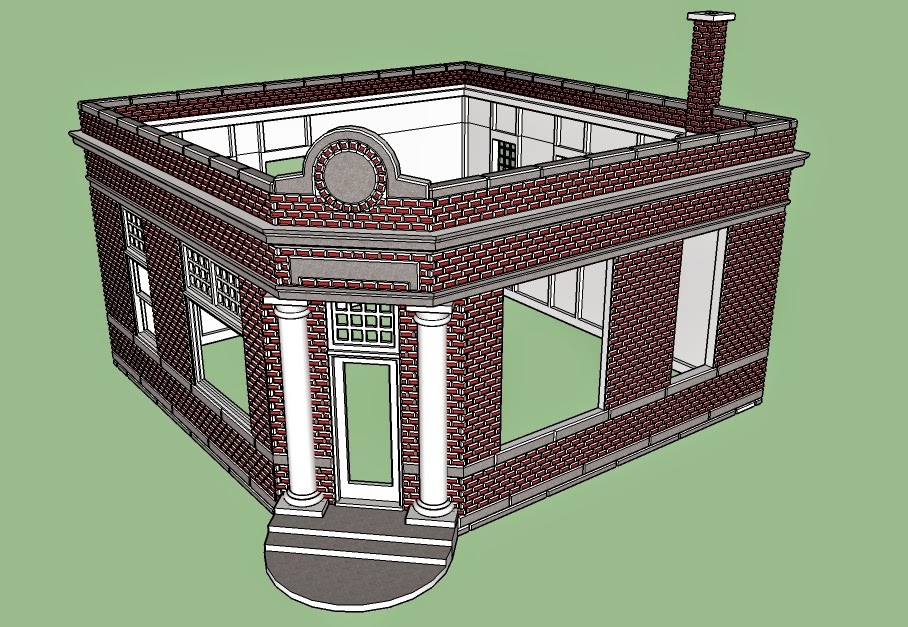 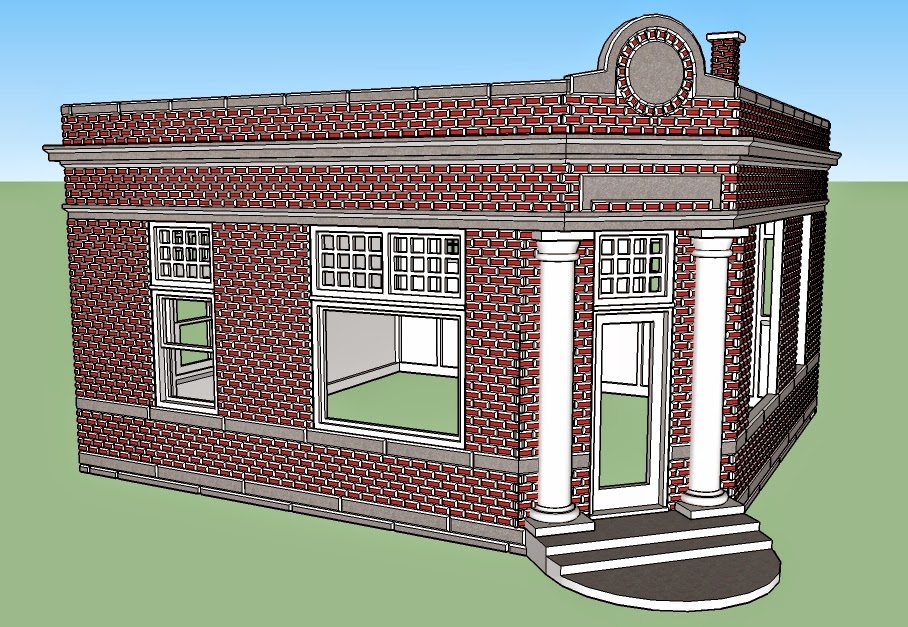 So this is the next big project I am working on.
Posted by Kent Hurley at 11:40 AM No comments: 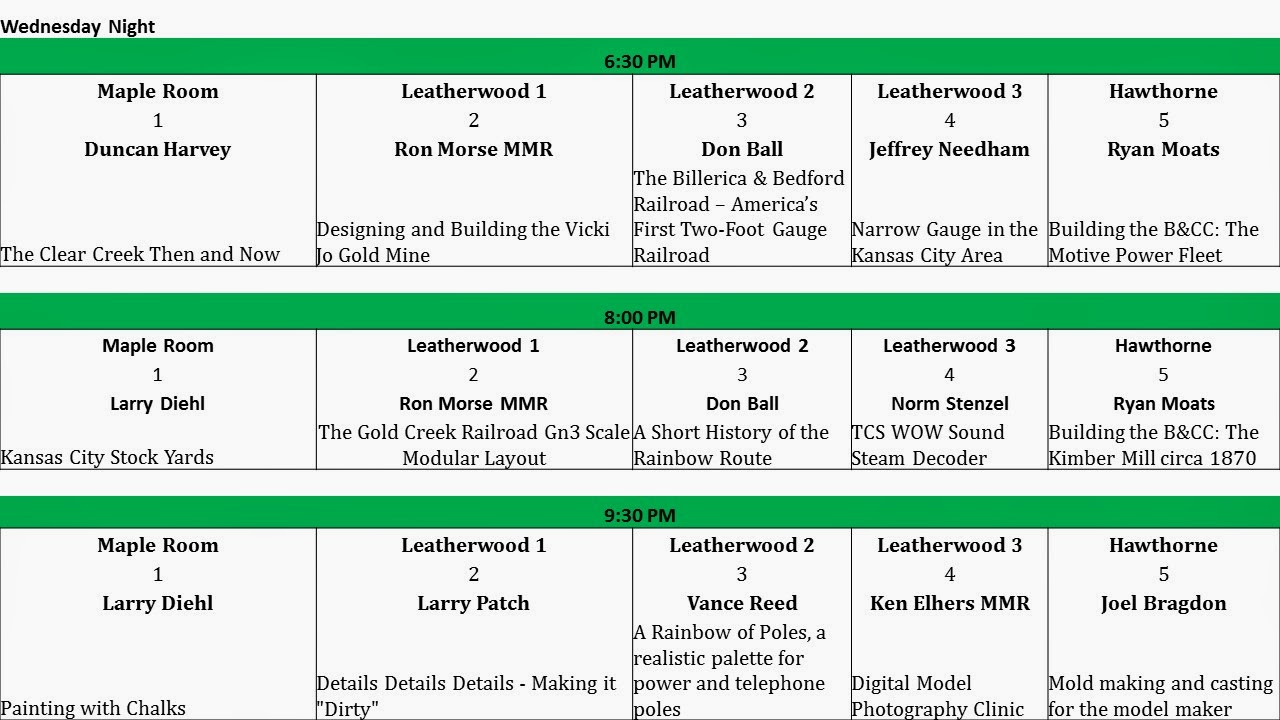 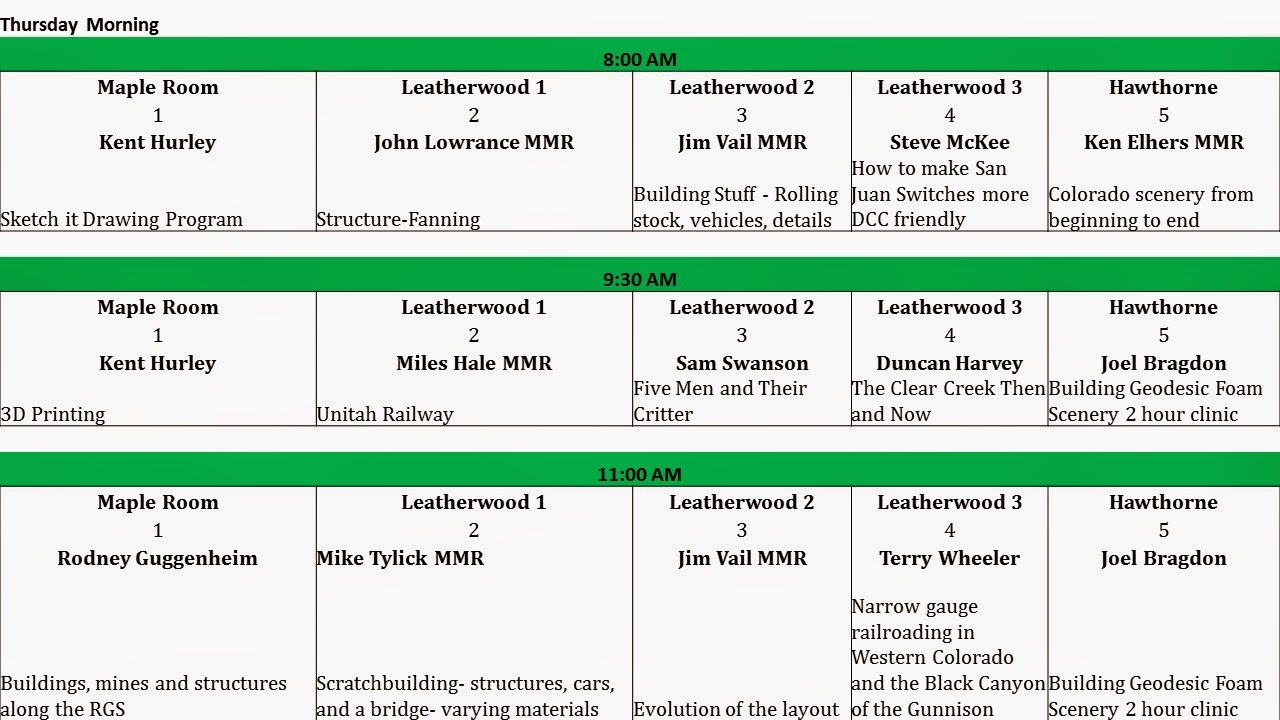 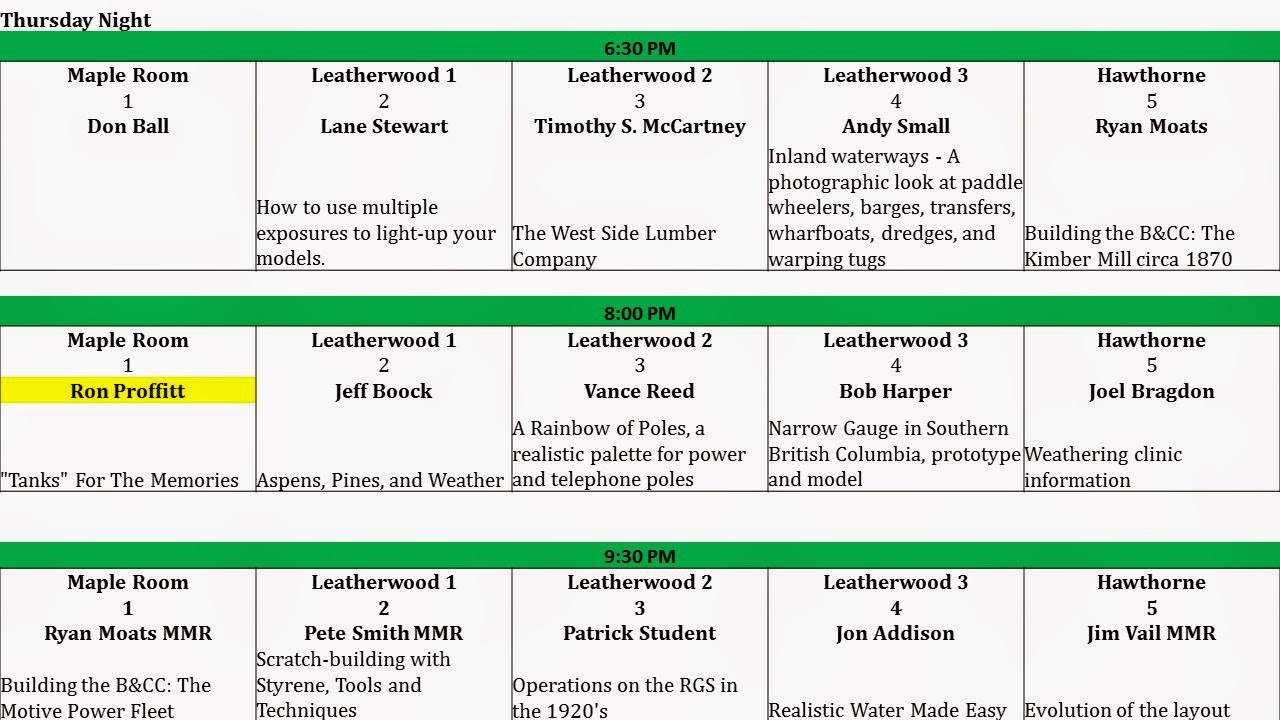 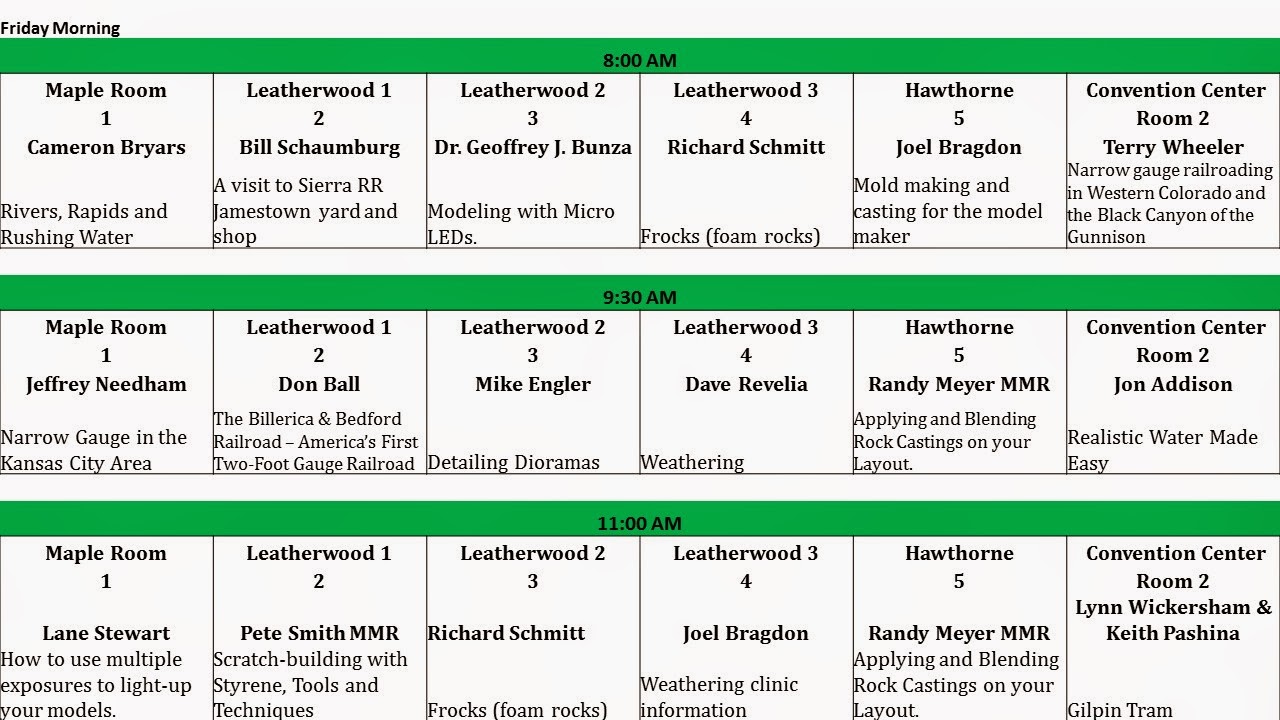 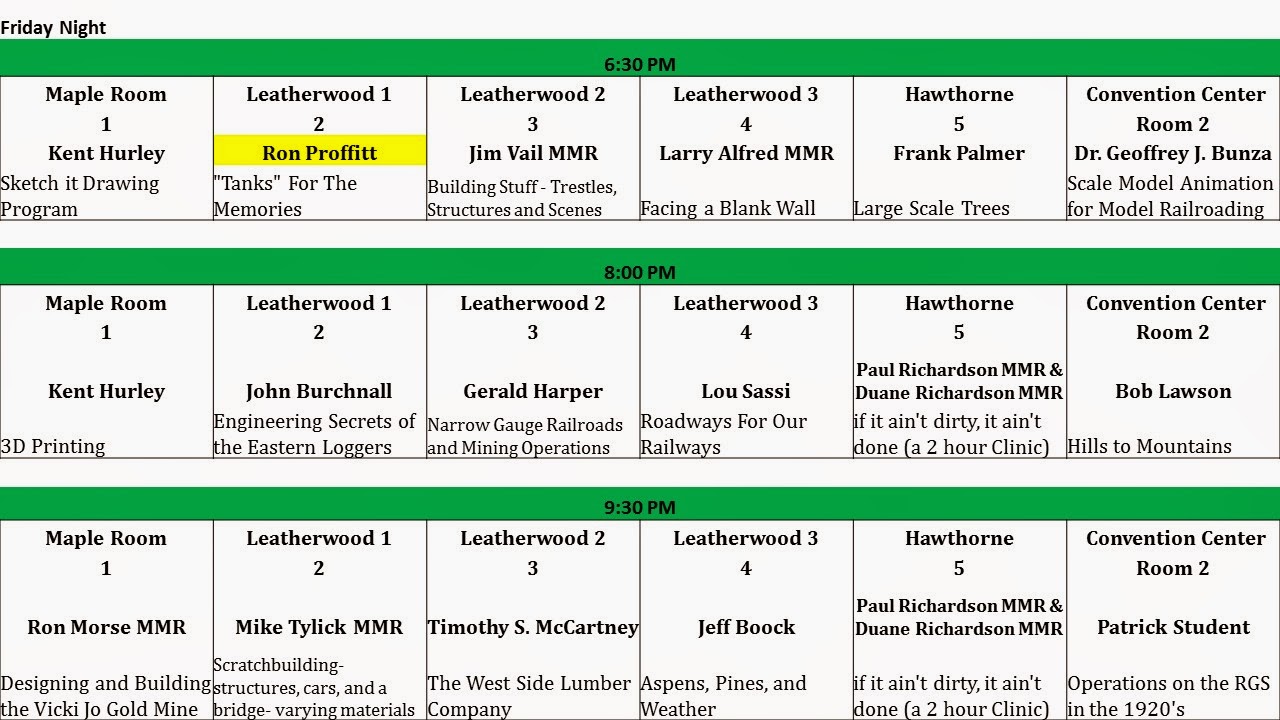 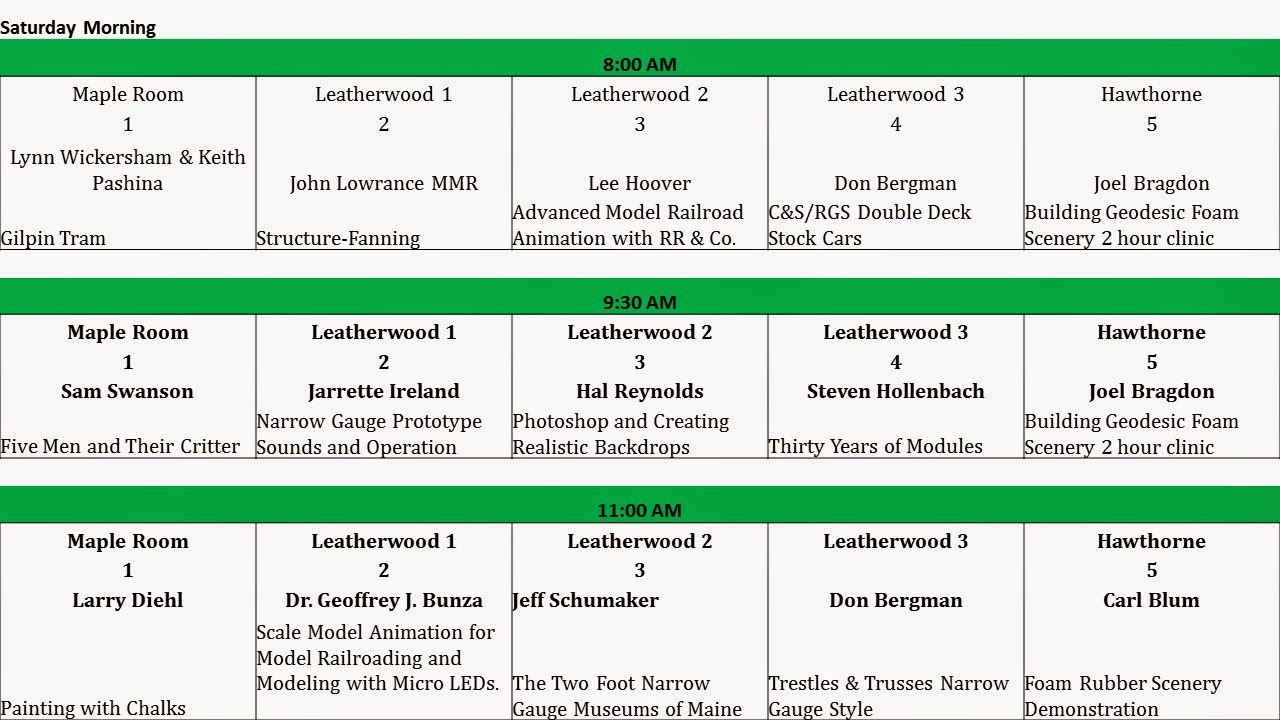 Posted by Kent Hurley at 7:34 PM No comments: