Since I mostly model 1949, travel trailers appropriate to the era are pretty much non-existent in HO scale.  With that in mind, I searched the internet for examples of vintage trailers.  I came up with several, and I have modeled two so far. 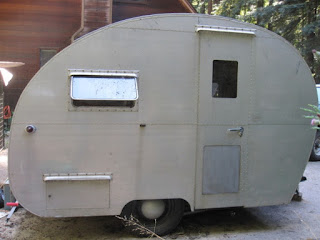 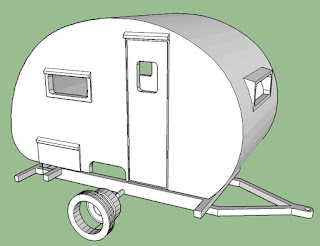 Exploded drawing, as uploaded to Shapeways.


I have them printed in FUD (Frosted Ultra Detail), which is an Acrylic product.  As in most types of 3D printing, whenever there is an overhang of material, support material is generated to support the overhang.  With Shapeways, they decide how to orient the item to be printed, not that it makes a lot of difference in this case. 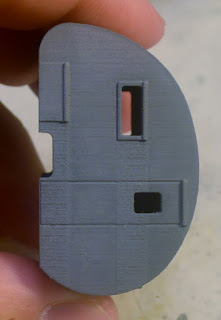 In this particular case, the printed the item on end.  I have primed the trailer so that the flaws are easier to see, and, therefore, fix,  You can clearly see the trails left by the support material under the window and the door in the upper left of this view.  I used some 400 grit sand paper to remove the roughness. 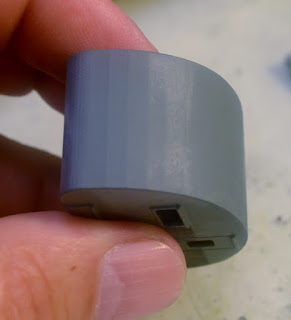 In most drawing programs the curved surfaces are actually a series of short straight lines, and this can be seen in this view of the back of the primed trailer.  Again, a touch of very fine sand paper, and this will not be seen, 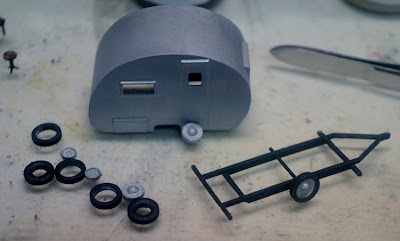 Here is what all the parts looked like after painting, with a few extra wheels and tires thrown in.  I prefer the wheels and tires as separate pieces, as they are easier to paint when not one piece.  They take a little filing to remove paint from the mating surfaces, but that is simple. 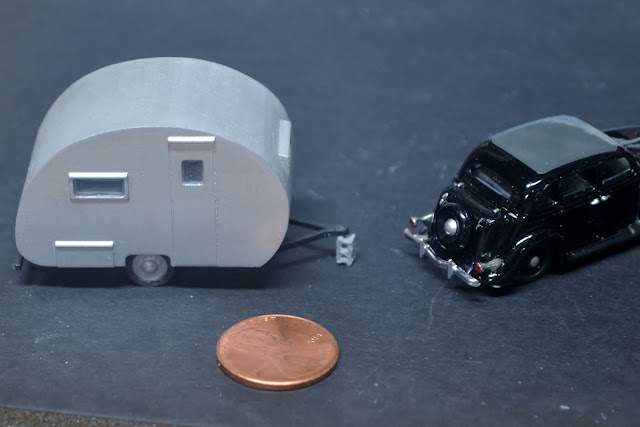 A completed shot of the trailer with a CMW 1936 Ford in the picture for size comparison.  A relatively tall trailer.

This trailer is not based on any specific prototype, but is a composite of several different teardrop style campers from the era.

The drawing of the complete unit in SketchUp.

The pictures of the model on the Shapeway site has the wheels and tires hidden on the other side of the trailer.
Link top the 1935 teardrop camper on shapeways web site. 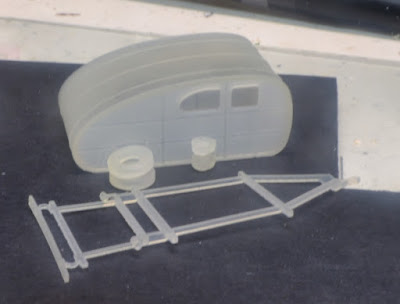 Here is what the FUD material looks like when it arrives from Shapeways. 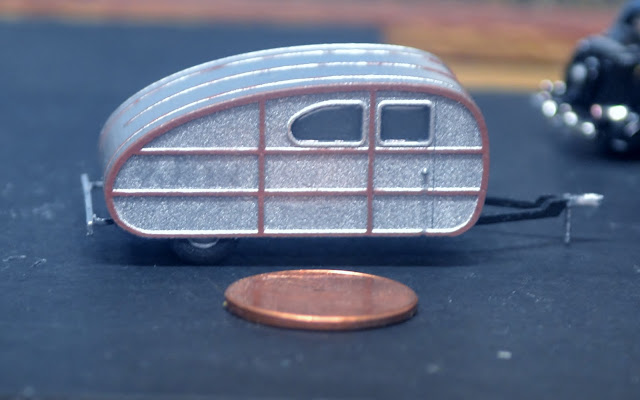 I painted both models silver, to denote an aluminum skin, but in this case I added a wood trim.  I painted the wood trim with a paint pen,  I was going to use a Sharpie, but when I was at the art supply store, I ask for suggestions, and they thought the paint pen would be better..., and it was. 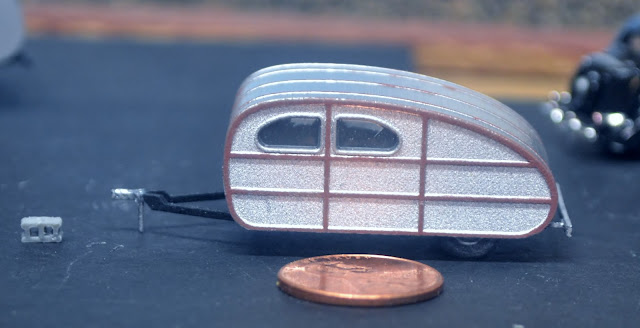 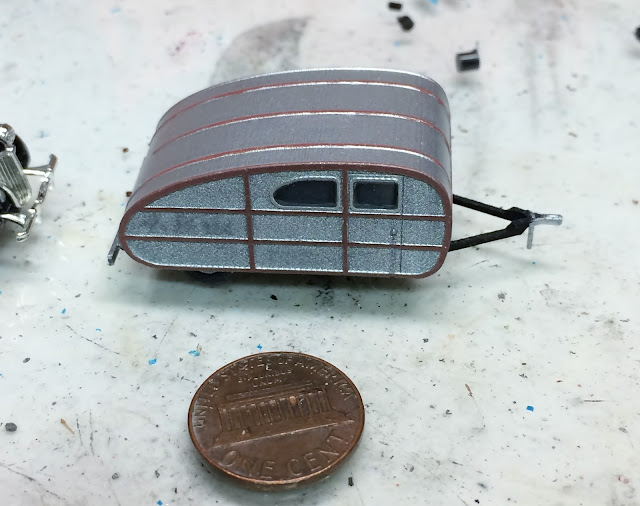 A view showing the top detail.

Other examples of items I have designed and had printed at Shapeways.
chain-saws-ho-scale-3d-printed
Details for fsm-barnstead-lumber-ho-scale
lawn-mowersmall-engine-repair-shop

I have lots of Shapeways items I am working on, including a refuse truck, Studebaker US6, a 7-Up truck, structure wall details, roof detail, and gas station details.

I also have several items I printed on my home Afinia printer that I am working on.  I also have to prepare four or five classes for the Amherst show the end of next month; I think that is Sundays project.

Posted by Kent Hurley at 5:54 PM No comments: