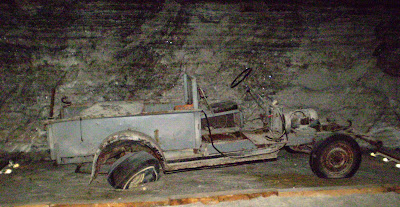 I believe the tour guide said this was a 1932 Chevy. Note the engine, or, in this case, the electric motor. This is an early version of the electric car. It had some real draw backs, other than the obvious fact that it was located 650 feet below the surface in a sale mine, it only have a range of 600 feet from the outlet. That’s right, it used a 300’ extension cord for power. Once a piece of equipment is down in the mine, they are seldom removed, as it is too much work and there is plenty of space to leave things. Most of the equipment for the museum, was already in the mine, it just needed displayed. This piece, they just left where they found it. 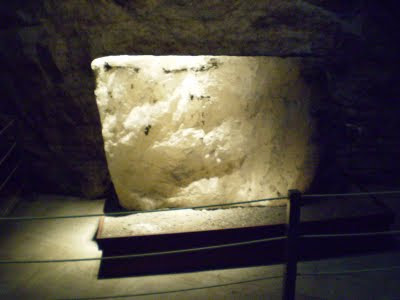 This large chunk of almost pure salt is probably 3x4x5 feet. As you can see from the previous picture and the one below, most of the salt is separated by layers of shale, which are the dark horizontal lines in the mine face above. The picture on the below shows a blasting hole, where, for whatever reasons, the dynamite did not go off. 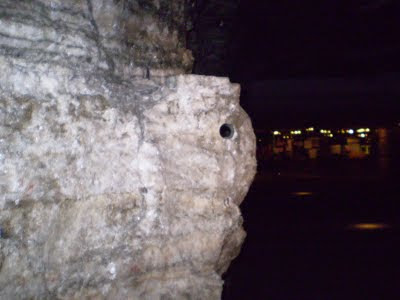 In the early days everything was done by hand, then later, a 42” railroad was installed in the mine to take the salt to the shaft to be raised. According to my guide, they had a least three different sizes of rail and it was mostly salvaged from the trolley lines in and between Hutchinson and Wichita. Below is an early trolley pole electric locomotive. With 6’ ceilings in the early mine, everything had to be short. Most of the mine has now been raised to 9’ ceiling. The rest of the pictures inclued a flat car, and then several ore dump cars, an explosives car and crew cars. 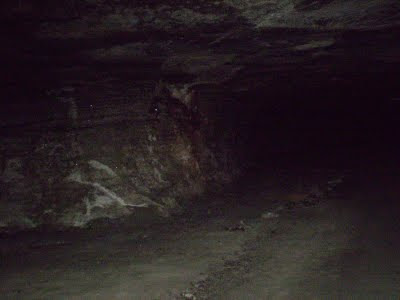 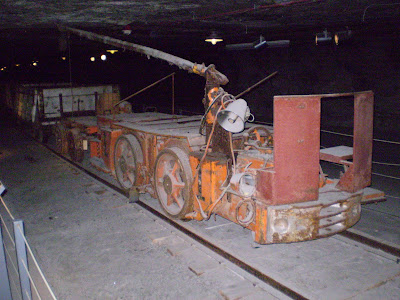 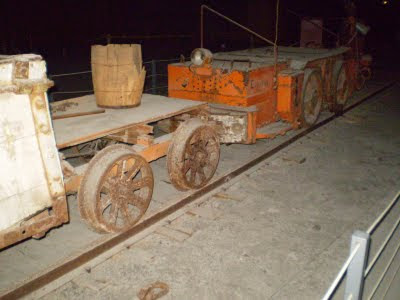 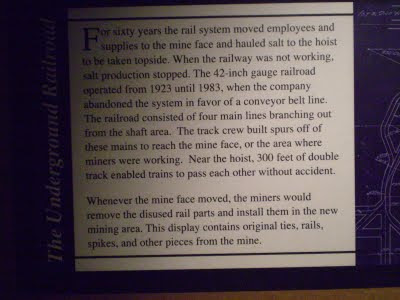 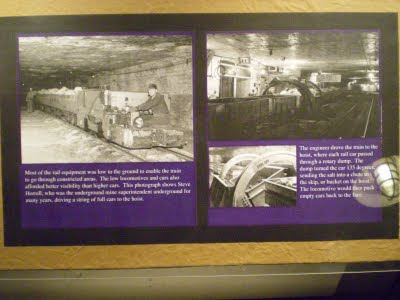 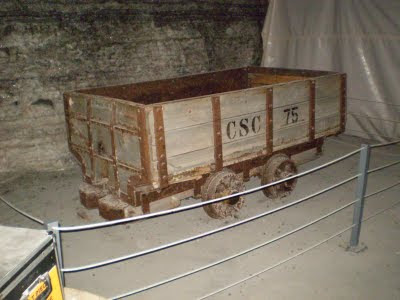 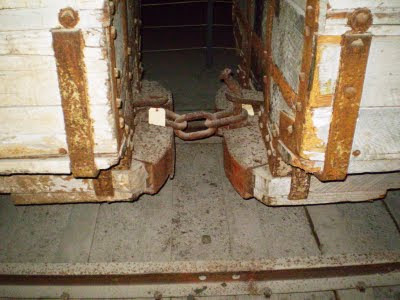 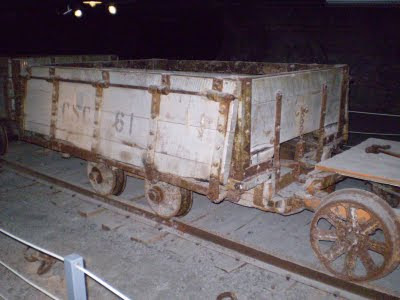 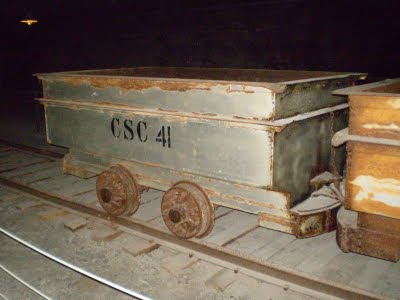 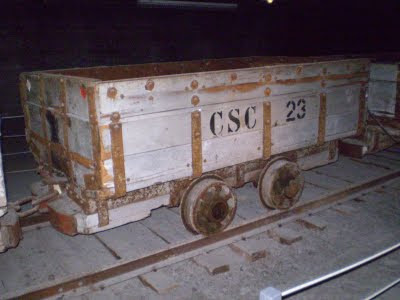 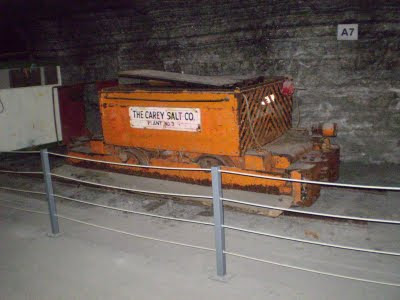 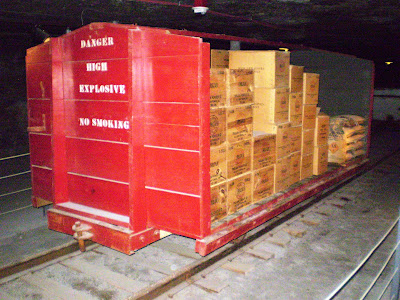 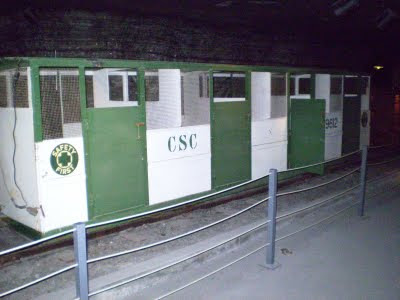 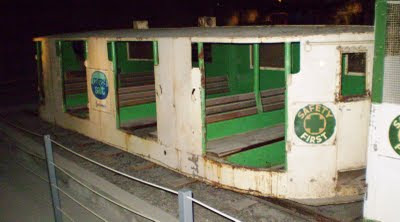 Posted by Kent Hurley at 4:35 PM No comments:

Several weeks ago I painted for several hours. I did not get much finished, but I have 8 models ready to decal. So someday soon I will have to get in the mood to decal all day. 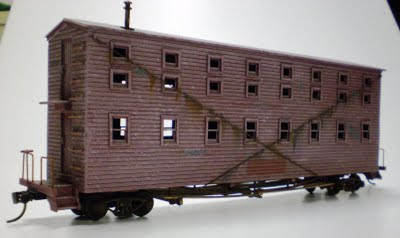 This is an Ambroid kit based on the StPM&M prototype from the late 1800’s, I am going to reletter it for my home road M of W department. This is a double decker dormitory car. The cables hanging on the sides were used to tie the car down so it would not blow over. Also note the shelf for storage under the car. Ambroid kits are mostly wood with some metal castings. The kit, as supplied, came with windows printed in black on clear plastic. I thought that looked very poor, so I made each window individually, from styrene strip. There are 16 double hung windows on the lower lever and each contains 16 parts, and the 32 upper windows have 12 pieces each, or a total of 356 pieces. Building and installing windows probably took longer to build than all the rest of the project. I think I am going to glaze the windows with Microscale Krystal Clear, and add another stove to the other end to “modernize” the car for the Nirvana Valley Railroad.

Below is a Silver Streak Frisco box car, this was assembled by Mike Stephens of beautiful Joplin, MO.
I did a little touch-up and weathering. It is really a nice vintage piece.

Speaking of vintage, this is a Megow kit. Probably dates back to the 40’s? This kit was comprised of paper sides and ends, zinc hopper castings and trucks and wood for most other pieces. I, however, did not use any wood. I laminated the sides to styrene, and used styrene strips for all the wood parts except the main floor piece. The main floor is made of a piece of 1/8” steel with styrene strips glued around the edge. This provided weight and a good gluing surface. I have lots of construction pictures for this project, and hope to post those later, and have a clinic on building old wood, metal and papaer side craftsman kits.
Posted by Kent Hurley at 4:21 PM No comments: