I posted about the 3D printed chainsaws preciously, http://nvrr49.blogspot.com/2015/05/chain-saws-ho-scale-3d-printed.html, but I have since added S and O scale sets.  I also added to the HO scale set. 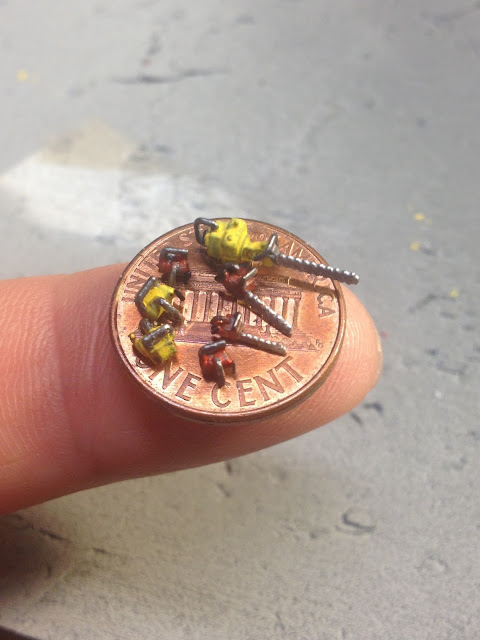 This is a picture of some of the HO scale set.  These were printed at Shapeways, and printed in FUD, Frosted Ultra Detail. 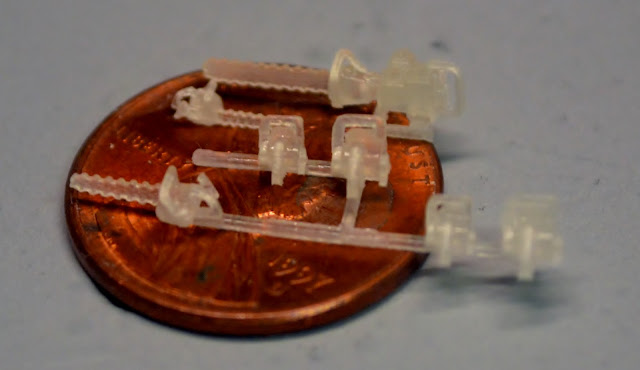 This is the original set, in HO scale, as it came from Shapeways.

This view shows, from left to right, N, HO, S and O scale.  Once cleaned up, the Frosted Ultra Detail material tends to turn white.  Note that the blade on one of the O scale saws broke off, easily glued back on.  The HO scale saws are available for sale at Shapeways at this line, chainsaws-group-2-ho-scale.

The S scale set is a available at: \chainsaws-group-2-s-scale.

The O scale saws are available at: chainsaws-group-2-o-scale The N scale saw, which Shapeways says they will not print again due to their fragility.  They are crazy small.

Posted by Kent Hurley at 9:38 PM No comments: