I have been a fan of Gulf Oil for some time, and have always been intrigued by this odd little gas station.  The Gulf History Historical Society claims this to be the "worlds first drive-in service station". See this link for its complete history: http://www.gulfhistory.org/specs/stations/page2.html.  Very few pictures exist, and the drawings and specifications given don't always match the photos.

I dropped the jpg in to SketchUp and sized it to what I thought was about full size.  Given the perspective of the pictures, it is all just a best guess.   I then drew the building based on those estimated dimensions.  It took several tries to get the right proportions, but I think what I ended up with is acceptable. 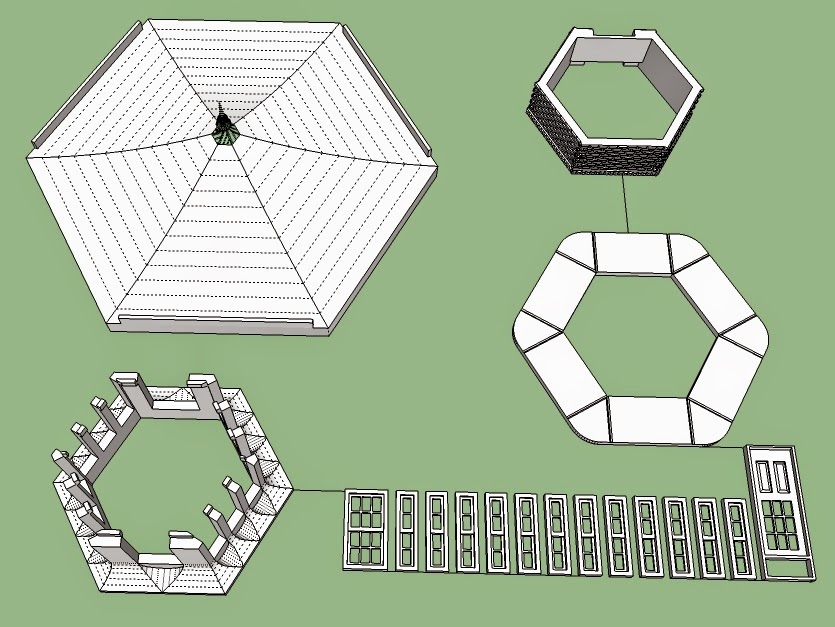 The windows were going to be a problem on my FDM printer.  Because they are so small, I know the quality would be suffice, so I tried to find some that would work from either Tichy or Grandt Line, but to no avail.  I then designed them to be printed at shapeways, at least until I get an SLA printer.  So in sum, I printed the larger pieces on the Afinia, and sent the fenestration parts, the windows and doors, to shapeways.com for printing.  Note the main building is printed in two sections, the bottom brick portion and the top window frame section.  Both were turned upside down for printing to eliminate the need for any support material. 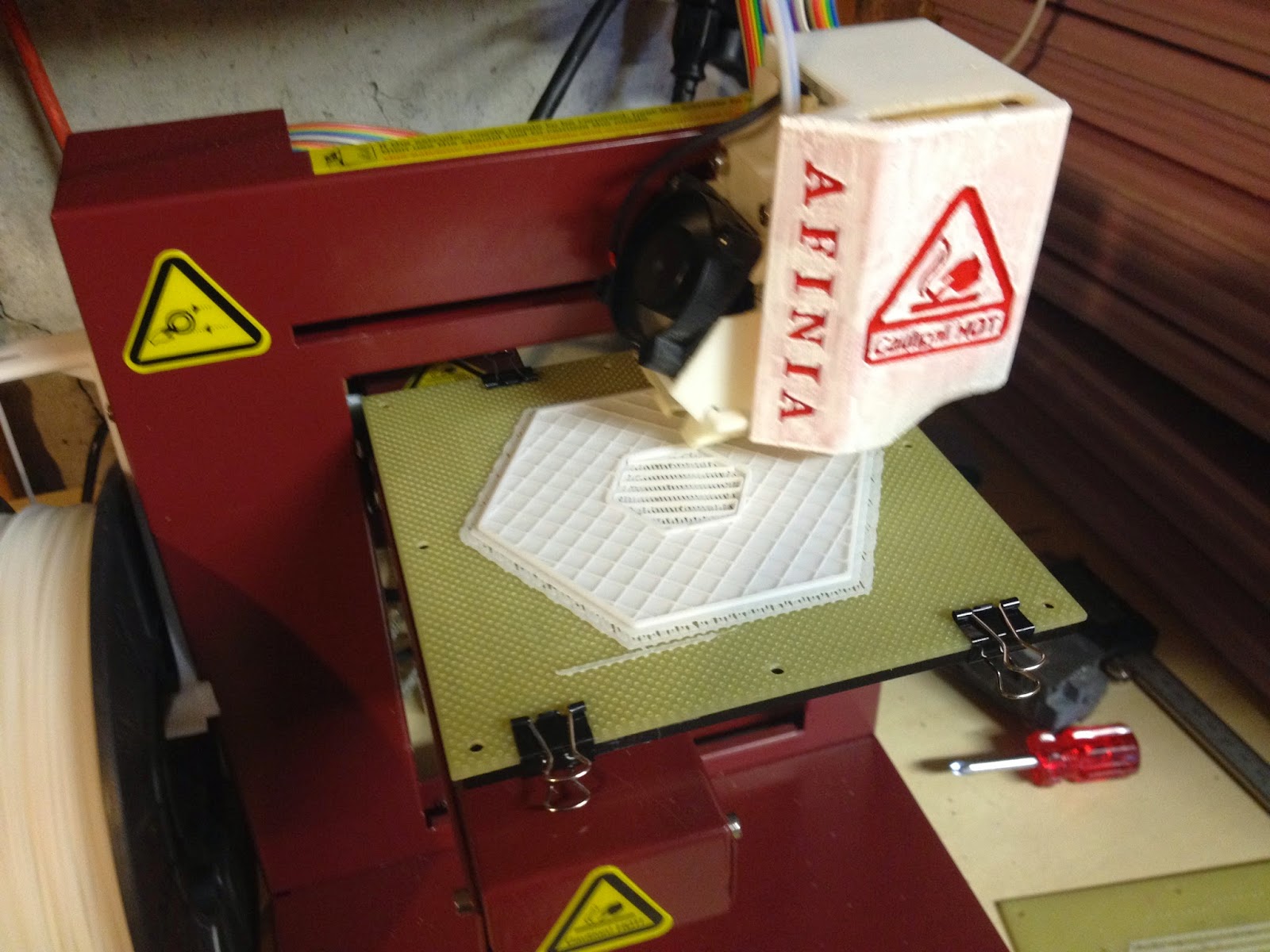 Here is a shot of the roof being printed.  I set the printer to fill with the largest grid, to speed up the printing process and use less material. 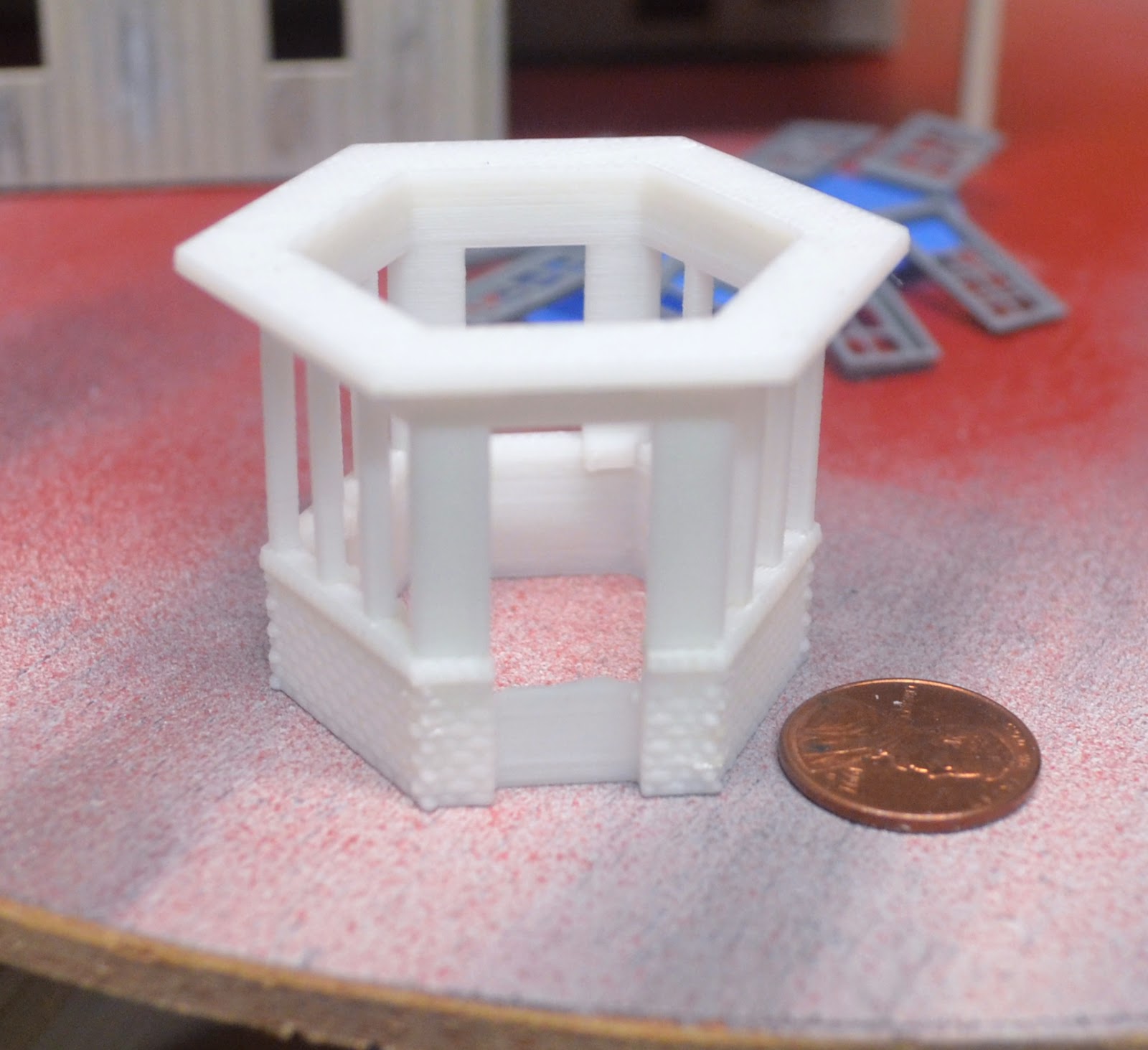 After printing the walls, I did a quick test fit, to see how my tabs lined up.  It is amazing how accurate these machines can be, as I did not have to do any trimming for filing. 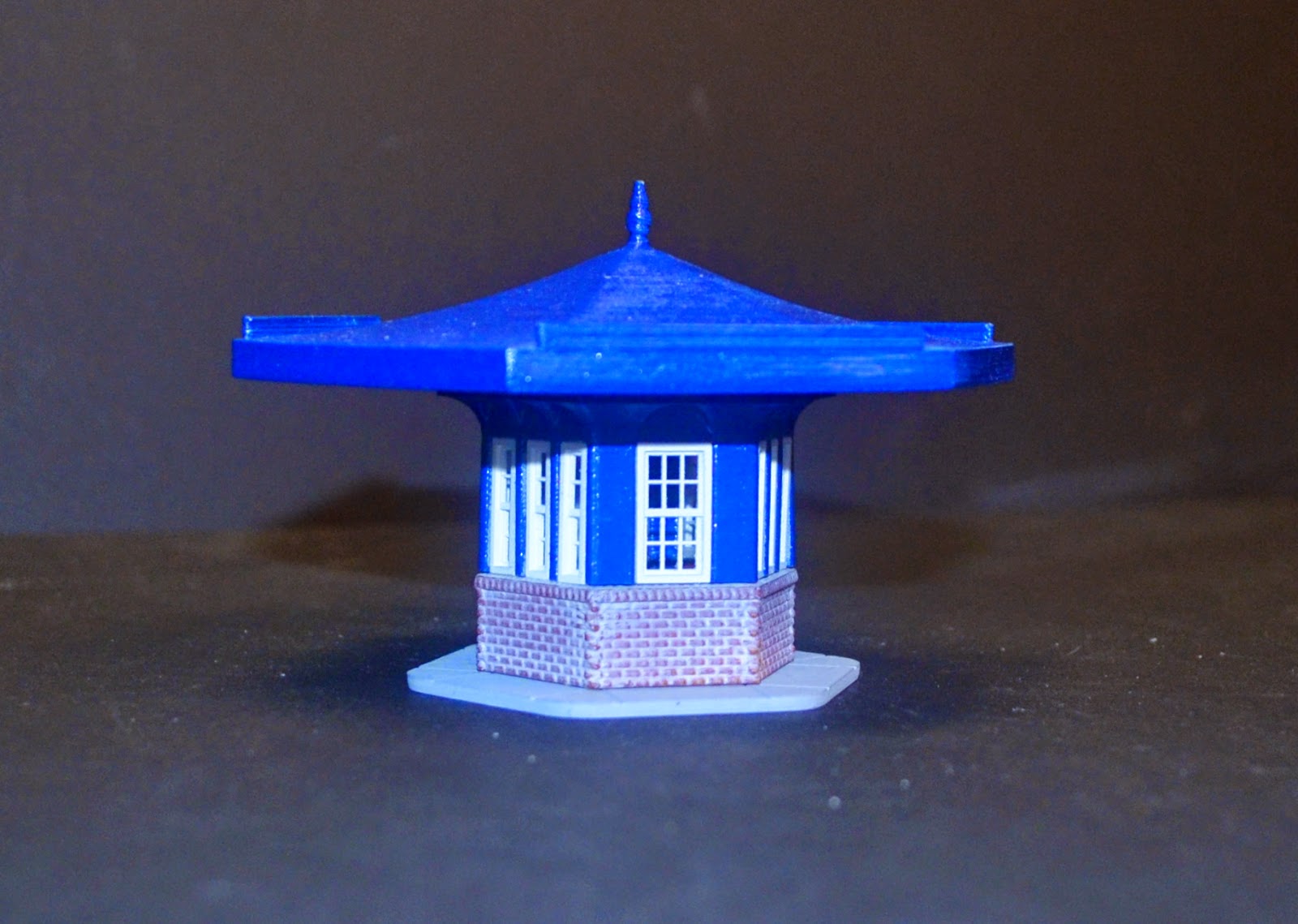 The windows from shapeways came out great, but I did have to do a little filing on the window openings to get a smooth fit.  The shapeways product, in this case, their FUD material is acrylic, so it solvent welds to the ABS that I print with. 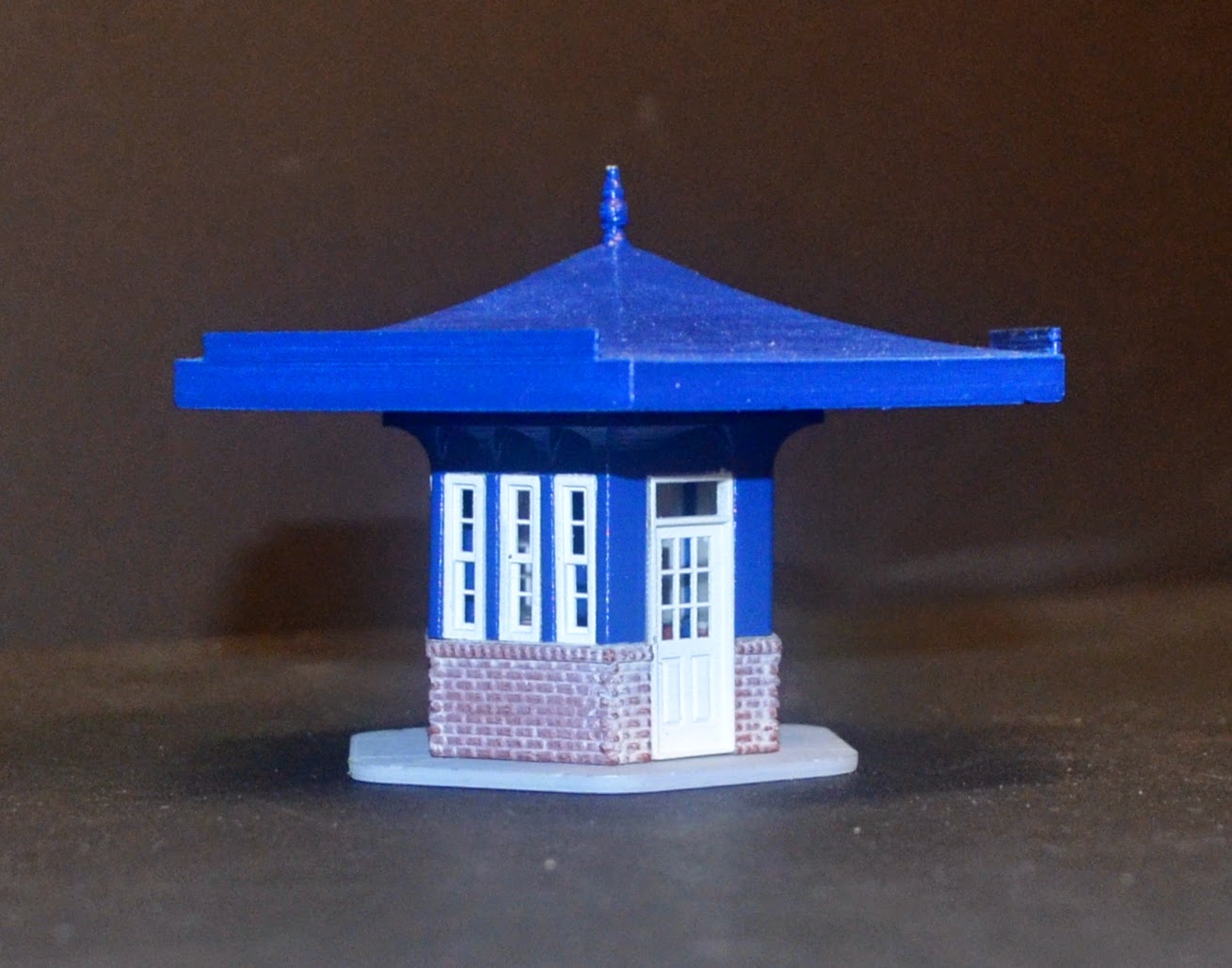 I had originally planned not to publish this until I had signs installed, but I plan on cutting the signs on a new laser cutter, http://www.darklylabs.com/, and I don't know for sure when it will get here.  I would like to redesign the roof, particularly the edges, but probably won't get to it.  As for the color, I went with the more modern blue that Gulf used, and then the signs will be orange, laser cut out of paper.

If all goes well, my next post will be some small detail parts I had printed at shapeways.com, including toilets, sinks, bath tubs, and some more woodworking tools.

Other 3d printed items that may be of interest:

House using windows I printed on the Afinia:
Other brick buildings:
http://nvrr49.blogspot.com/2014/08/chilhowee-state-bank-3d-printed-in-ho.html